Apple on Wednesday said developers that made up to $1 million in annual revenue on their apps in 2020 can pay a reduced commission of 15 percent on sales of “digital goods and services,” rather than the current level of 30 percent, beginning on Jan. 1, Bloomberg and The New York Times report. Bigger developers will still have to pay the 30 percent fee, however.

This App Store fee has faced heavy criticism from companies like Spotify and Epic Games, and antitrust regulators have examined Apple’s “‘gatekeeper’ role” in the distribution of apps through the App Store. Spotify argues that the fee gives Apple an “unfair advantage,” and Epic Games, the developer of the video game Fortnite, also sued Apple after getting itself kicked off the App Store for trying to get around the fee. In a subsequent lawsuit, Epic accused Apple of “unfair and anti-competitive actions.”

Apple CEO Tim Cook said cutting the fee would “help small business owners,” and the company cited an Analysis Group study it said found that its commission structure “is in the mainstream for app distribution and gaming platforms.” But critics from bigger companies blasted the move, with Basecamp CTO David Heinemeier Hansson arguing that the “only good thing about this cynical, Machiavellian ploy by Apple to split developers with selective handouts, is that it shows they’re sweating,” per the Times.

Spotify also described the move as “window dressing,” while Epic Games CEO Tim Sweeney argued to the Times that Apple is “hoping to remove enough critics that they can get away …read more

You won’t get far reading or hearing about why President Trump actually beat President-elect Joe Biden without coming across Dominion Voting, a company that provides voting equipment to 28 states. Trump himself tweets conspiracy theories about Dominion, but “where’s the evidence?” The Wall Street Journal asked in an editorial Wednesday. “Strong claims need strong proof, not rumors and innuendo on Twitter.”

The Journal’s editorialists sift through various claims and shoot them down — no, Dominion isn’t tied to prominent Democrats or Venezuela; the handful of problems were caused by human error and corrected; there’s no evidence any votes were switched, despite Trump’s wild claims.

“No voting system is foolproof, and hiccups are inevitable in a country with roughly 3,000 counties,” the Journal’s editorial board notes. “The distributed nature of American elections is a strength on this point, since voting is handled by innumerable local officials instead of a few central authorities.” So far, there’s no good evidence of any voting problems that would come close to erasing Biden’s leads in Pennsylvania, Michigan, or even Georgia, the editorialists write. Then they play the don’t-be-like-Democrats card:

If Georgia’s recount doesn’t find big irregularities, then these claims should be put to rest. In the George W. Bush years, the conspiratorial left focused on Diebold, a maker of electronic voting machines. It would be a mistake for anyone on the right to go down a similar dead end, especially if Georgia’s paper ballots give the same result as the computers. [The Wall Street Journal]

There were certainly conspiracy theories swirling around Diebold, especially in the 2004 election, but the company also had pretty serious security issues and other problems with its voting software and hardware. That’s a big reason it 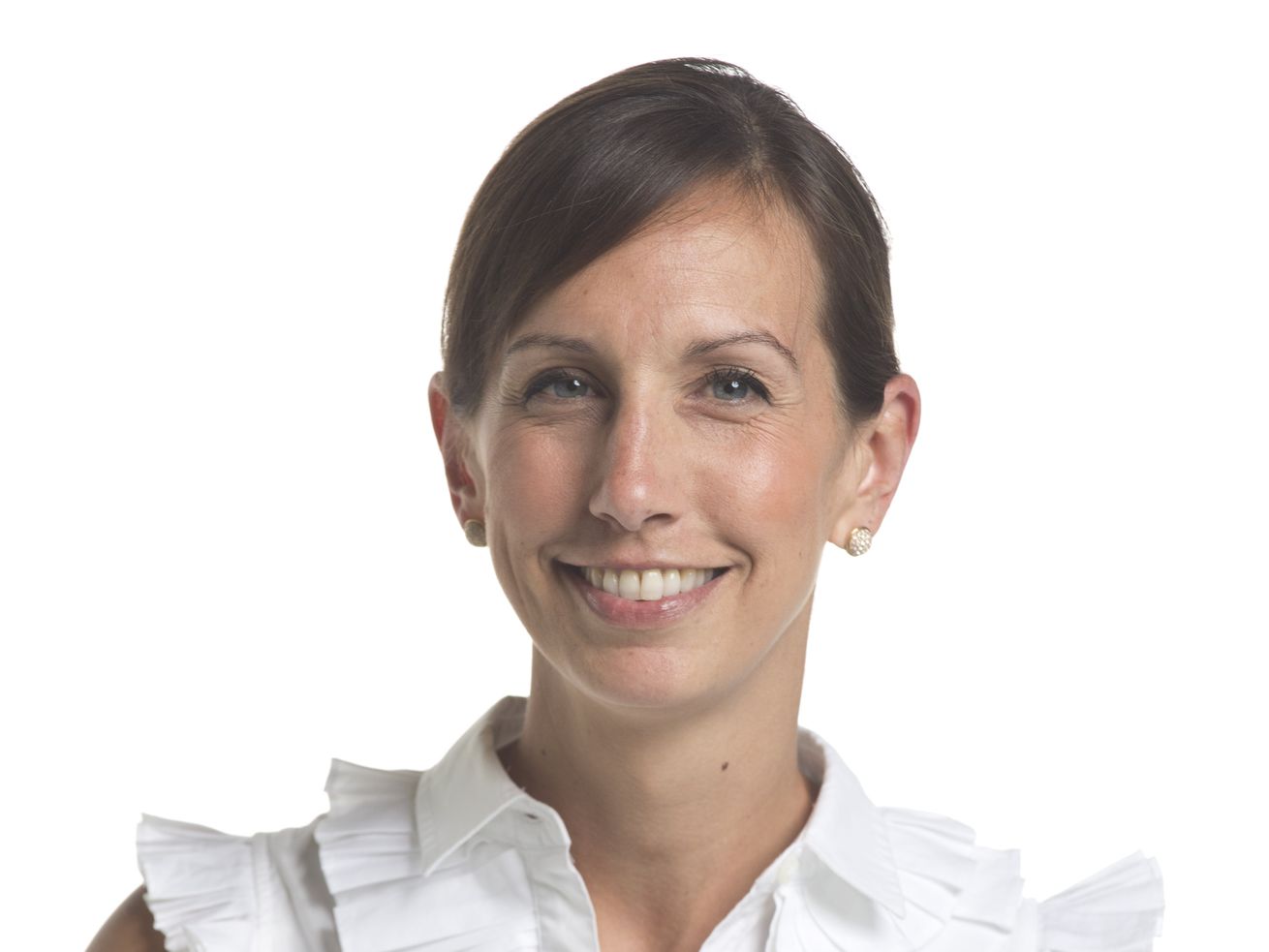 The Salt Lake Tribune announced Tuesday Lauren Gustus was selected by the paper’s board of directors as the new editor. Gustus is leaving her post as editor of the Sacramento Bee and a group of other Western regional papers. She replaces Jennifer Napier-Pearce who announced her resignation from the publication in August. | Salt Lake Tribune

SALT LAKE CITY — It’s been over a decade, but Lauren Gustus is returning to the Salt Lake Tribune with a different title and an enormous new undertaking.

On Tuesday, the paper announced Gustus, currently the editor of the Sacramento Bee and executive editor over a group of Western newspapers owned by the McClatchy Co., as its new editor. Gustus will take over the job in early December and replaces local veteran journalist Jennifer Napier-Pearce, who resigned from the post in August.

The 40-year-old Gustus takes over the reins of the Tribune as the third woman to serve in the top position for the 150-year-old publication. In her previous stint with the paper, Gustus worked as an assistant sports editor from 2004-07. Since then she’s worked for organizations with a national news presence, including Gannett and McClatchy in various managerial positions. In her most recent job, Gustus’ responsibilities included overseeing 250 journalists from 10 newsrooms as well as heading up McClatchy’s community fundraising efforts.

While the Tribune was a holding of the Denver-based MediaNews Group during Gustus’ first tour of duty, the paper has since switched hands and business models several times. Following a 2016 acquisition by Paul Huntsman, son of the now deceased Utah billionaire chemical industrialist and philanthropist Jon Huntsman Sr., the paper earned approval last November from the Internal Revenue Service to become a 501(c)(3) public charity, opening the door for opportunities to seek tax-deductible support from readers and philanthropists. 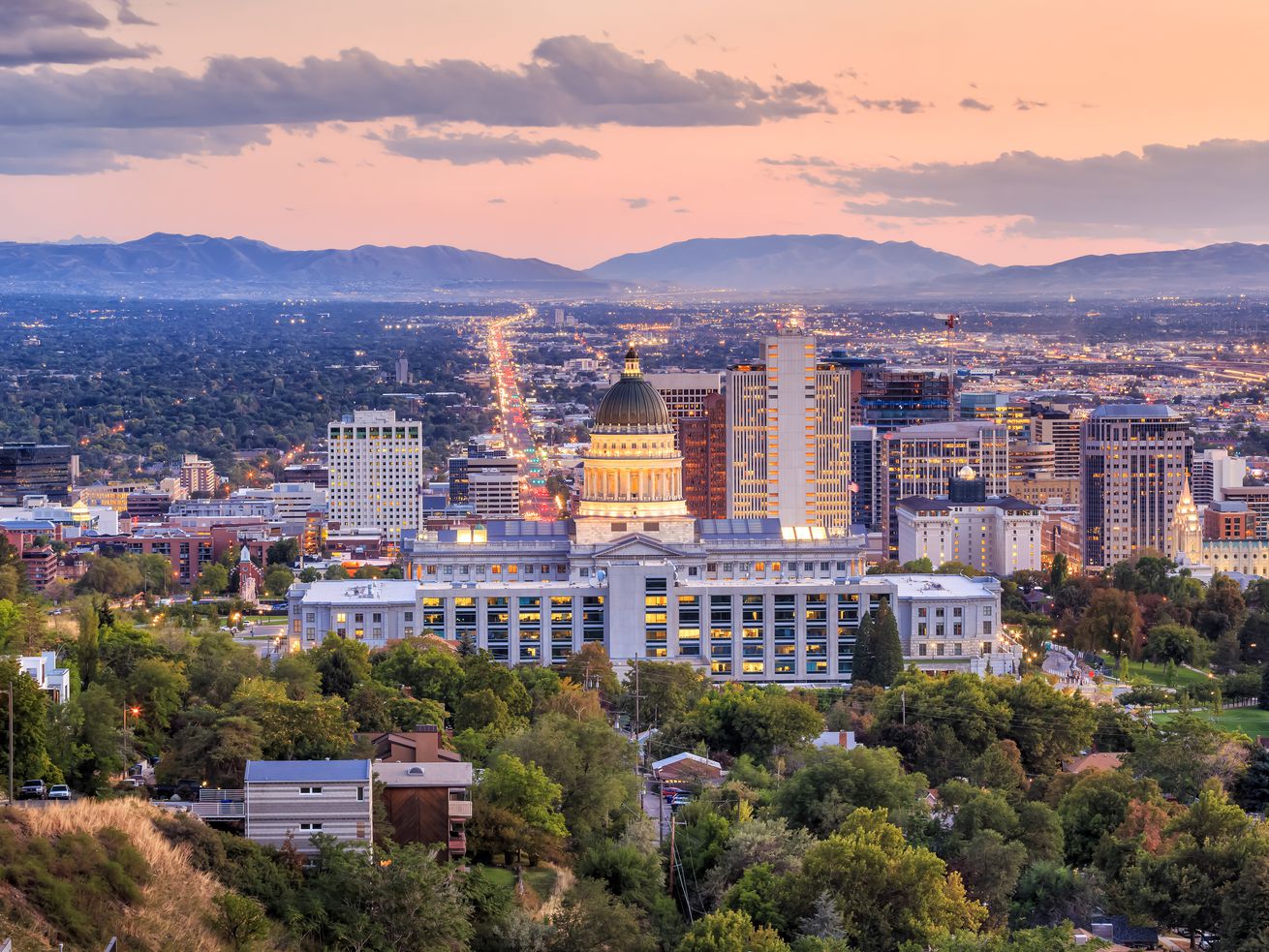 Shoppers who buy a Downtown Dollars eCard through Yiftee will be given “bonus bucks” that can be spent at dozens of participating businesses.

Brewer says the eCard offers different levels of spending with corresponding bonus amounts added at the time the card is purchased.

The program is being made possible by a Shop In Utah grant and is available until those grant funds run out.

To purchase Downtown Dollars, browse participating businesses and get all the details, log on to downtownslc.org/dollars.

Airbnb Details Years of Losses Ahead of a Planned IPO

Airbnb was losing money even before the pandemic struck and cut its revenue by almost a third, the home-sharing company revealed in documents filed Monday ahead of a planned initial public offering of its stock.

The San Francisco-based company has yet to set a date for the IPO but it is laying the groundwork by filing financial records with U.S. securities regulators.

The documents show that leading up to the coronavirus outbreak earlier this year, Airbnb was spending heavily on technology and marketing to grow its business. The company said it was expanding its operations and adding new programs, like tours and other experiences that travelers could book through its website.

This year, Airbnb said, revenue fell 32% to $2.5 billion in the first nine months as travelers canceled their plans after the pandemic crippled travel and forced lockdowns around the world.

The pandemic forced a financial reckoning, the company said. In May, Airbnb cut 1,900 employees, or around 25% of its workforce, and slashed investments in programs, like movie production, not related to its core business.

Now, the company said, demand is rebounding as some travelers see home rentals as safer than crowded hotels. The number of nights and experiences booked, which plummeted more than 100% in March and April, were down 28% in July, August and September.

Airbnb said that indicates its business model is resilient and can adapt to future travel needs, including an increase in business travelers who want to work from a rental home.

“We believe that the lines between travel …read more

The Davis County Clipper announced Monday, Nov. 16, 2020, it will cease publication of its weekly newspaper Dec. 4 after more than 129 years in business. | davisclipper.com

BOUNTIFUL — The Davis County Clipper will cease publication of its weekly newspaper Dec. 4 after more than 129 years in business.

Publisher R. Gail Stahle said his family have loved publishing the Clipper since 1891, and each generation has cherished the opportunity and understood the value of a community newspaper.

“But as with almost all newspapers, advertising revenues and subscriptions have been continuously falling over the past decade, and the COVID-19 pandemic has exasperated the challenge,” he said in a statement Monday. “The operating model for the Clipper is just no longer viable.”

Last month, the Deseret News and the Salt Lake Tribune announced they would no longer print daily newspapers after Dec. 31. A decadeslong joint operating agreement between the two newspapers expires at the end of the year. Both will continue to print a weekly publication.

“I grew up in Bountiful, grew up basically at the Clipper, and it is heartbreaking to have to cease publication,” Gail Stahle said. “I know the importance of getting community news out to residents, and I’m very thankful for the large number of editors, writers, typesetters, production people and printers who’ve served as part of our Clipper family for multiple generations.”

The Clipper won hundreds of awards from the Utah Press Association and the Society of Professional Journalists. The Utah SPJ chapter presented Gail Stahle …read more

NEW YORK — The Dow Jones Industrial Average returned to a record Monday for the first time since plunging nine months ago in despair about the pandemic, riding a swell of optimism that a vaccine may soon control the coronavirus and the economic destruction it’s caused.

Moderna said early in the morning that its COVID-19 vaccine appears to be 94.5% effective, according to preliminary data. It’s the second time this month that a company unveiled such encouraging numbers about a vaccine, boosting hopes that the global economy can return to some semblance of normal next year.

Leading the way again were stocks of companies that would benefit most from an economy busting out of its forced hibernation, such as airlines, movie theaters and banks. At the same time, pandemic-winning stocks that benefited from lockdown orders like Amazon and Zoom Video Communications lagged as they no longer looked like the only safe bets to play.

Treasury yields, oil prices and stocks around the world also rallied on the shot of increased optimism. A vaccine is precisely what markets have been waiting for to pull the global economy out of its cavern, and analysts say it’s a game changer.

Of course, for all its euphoria, many risks remain for the market. It’s still not guaranteed when a vaccine could be widely available, let alone whether one ultimately will. The pandemic …read more 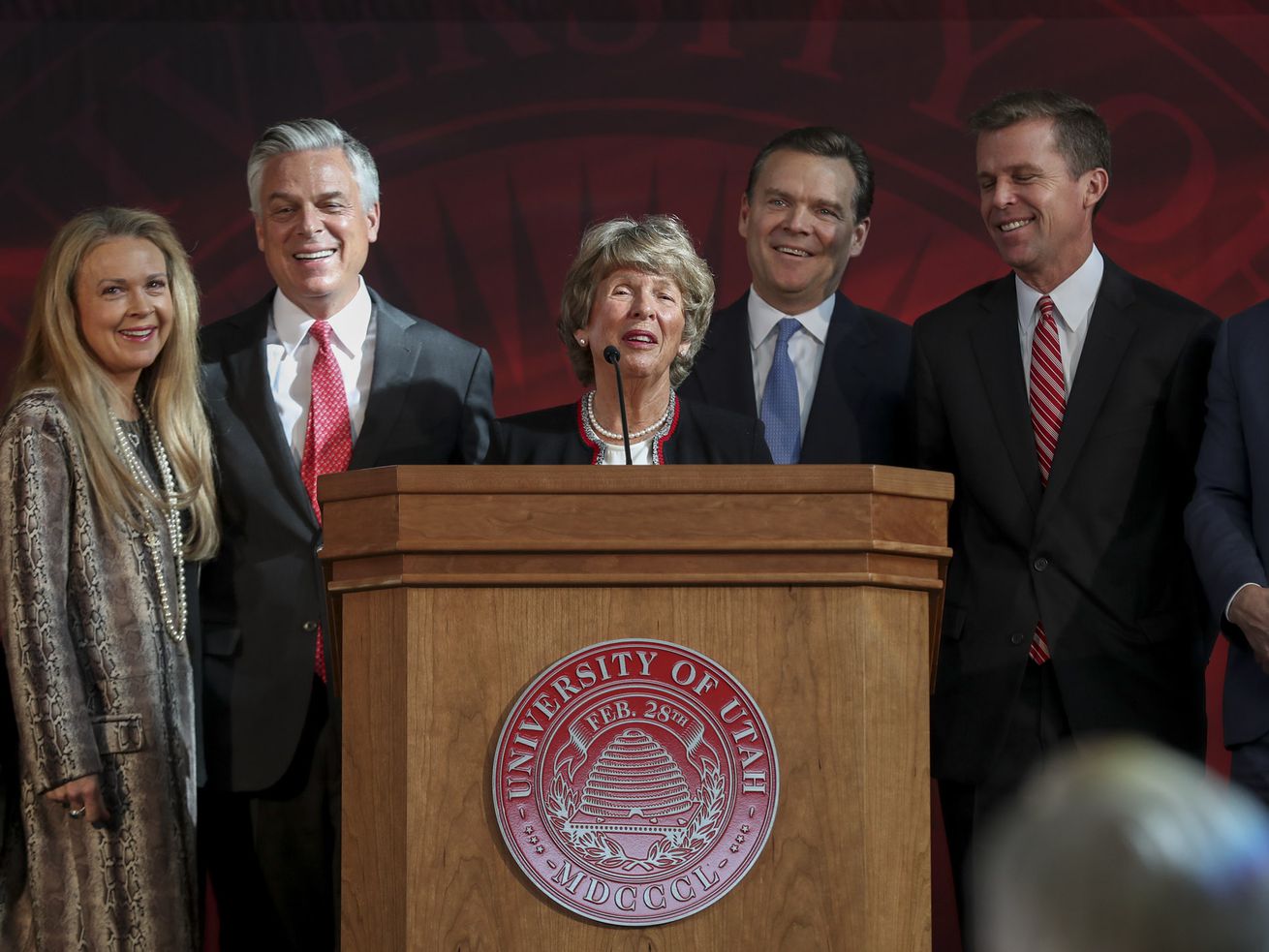 SALT LAKE CITY — Dr. Mark Rapaport, chairman of the Department of Psychiatry and Behavioral Sciences at Emory University School of Medicine, has been named the inaugural CEO of the Huntsman Mental Health Institute.

Rapaport will also serve as chairman of the U.’s Department of Psychiatry. He is currently chief of psychiatric services at Emory Healthcare in Atlanta. The announcement was made during a press conference Monday.

Rapaport said he was honored to serve as the first CEO of the mental health institute, noting its creation “reflects the amazing foresight, generosity and commitment of one of the most ethically committed visionary philanthropic families in the United States, the Huntsman family.”

The family’s leadership has changed the world between “tackling the scourge of cancer to empowering the people of Armenia to rebuild their lives after the earthquake in 1988 and now they’re directing their energy and their passion to address the tsunami of mental health and brain disorders,” Rapaport said.

Rapaport’s appointment comes a year after the University of Utah announced the Huntsman family’s commitment of $150 million to establish the Huntsman Mental Health Institute. The institute is expected to become a nationally-recognized leader in research, care, education and community outreach.

Dr. Michael Good, senior vice president for health sciences and CEO of University of Utah Health, said Rapaport’s appointment comes at a time when the COVID-19 pandemic has exacerbated the existing strain on the mental health care system.