SALT LAKE CITY — The Utah Jazz head into their third game in the Orlando ‘bubble’ looking to bounce back, after a lopsided loss to the Oklahoma City Thunder on Saturday.

The matchup will make that difficult, though, as the Western Conference-leading Los Angeles Lakers await the Jazz. Game time is 7 p.m. MDT on Monday night and will be broadcast on both ESPN and AT&T SportsNet. 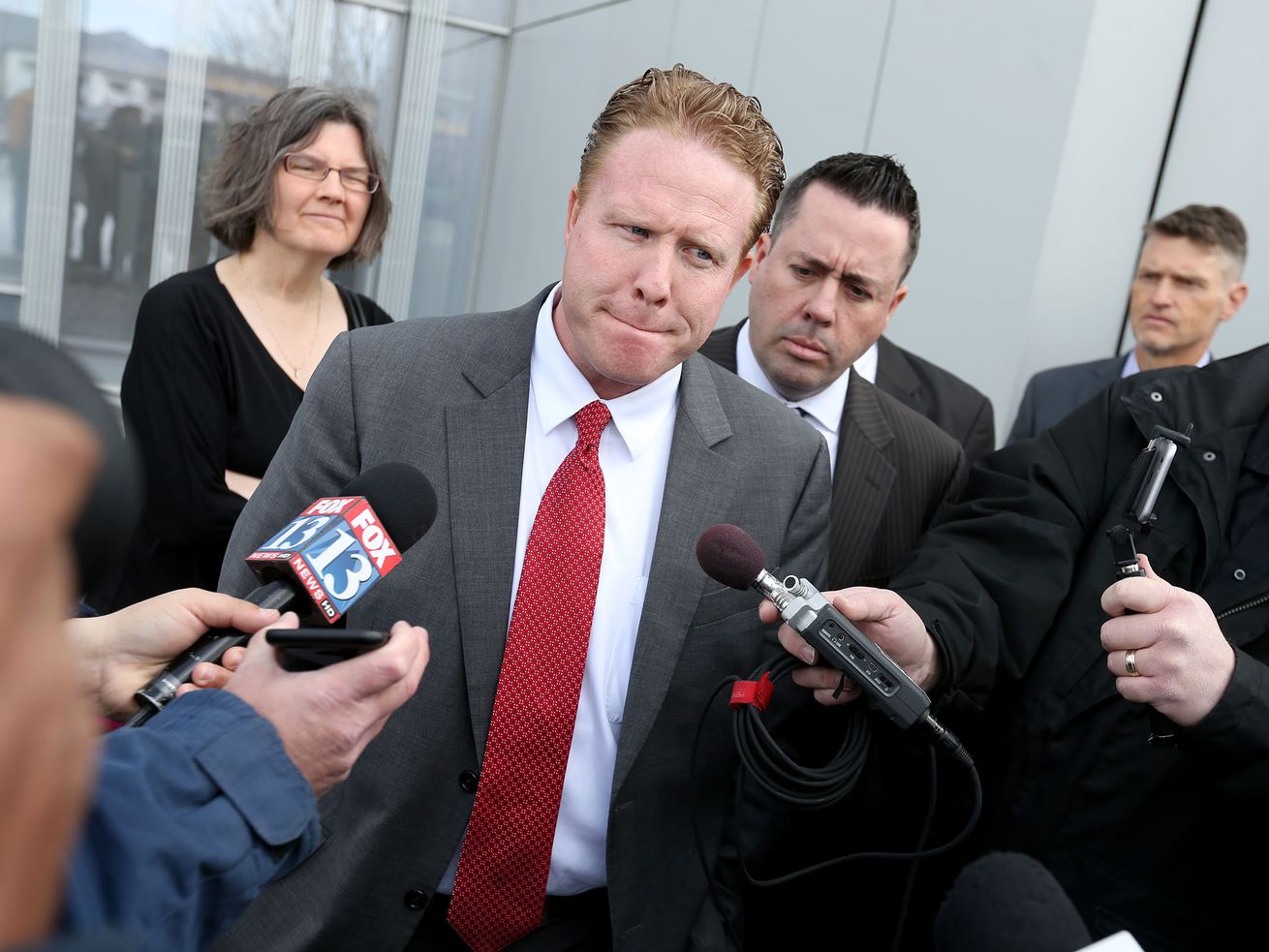 Johnson, 44, used “straw” donors to give $50,000 to Lee’s Senate campaign and $20,000 to Reid’s reelection campaign in the 2009-10 election cycle, according to a pending consent judgement filed Monday in U.S. District Court.

The FEC, which filed a civil complaint against Johnson in 2015, fined the St. George businessman $840,000. But recognizing Johnson owes the federal government millions of dollars in connection with other cases and is limited in earning a living, the commission agreed to forgo the penalty.

A federal judge must still sign off on the judgement.

“They wanted us to admit the facts. We wouldn’t do it because a lot of them are not true,” said Karra Porter, an attorney for Johnson. “What we did agree to for the purposes of this one filing was not to challenge the allegations.”

Porter said the FEC went to “all that trouble” of going after Johnson for nothing.

“They got nothing out of it. They didn’t even get an admission of liability or of the facts. They just wanted it gone,” she said.

In a document accompanying the consent judgement, Johnson agreed not to contest a list of FEC allegations describing how he came to make the campaign contributions, several of which involve former Utah Attorney General John Swallow.

According to the document, Swallow solicited Johnson for donations to Lee in 2010 and for former Utah …read more

4 Utah golfers need to rally at U.S. Women’s Amateur to make it to match play 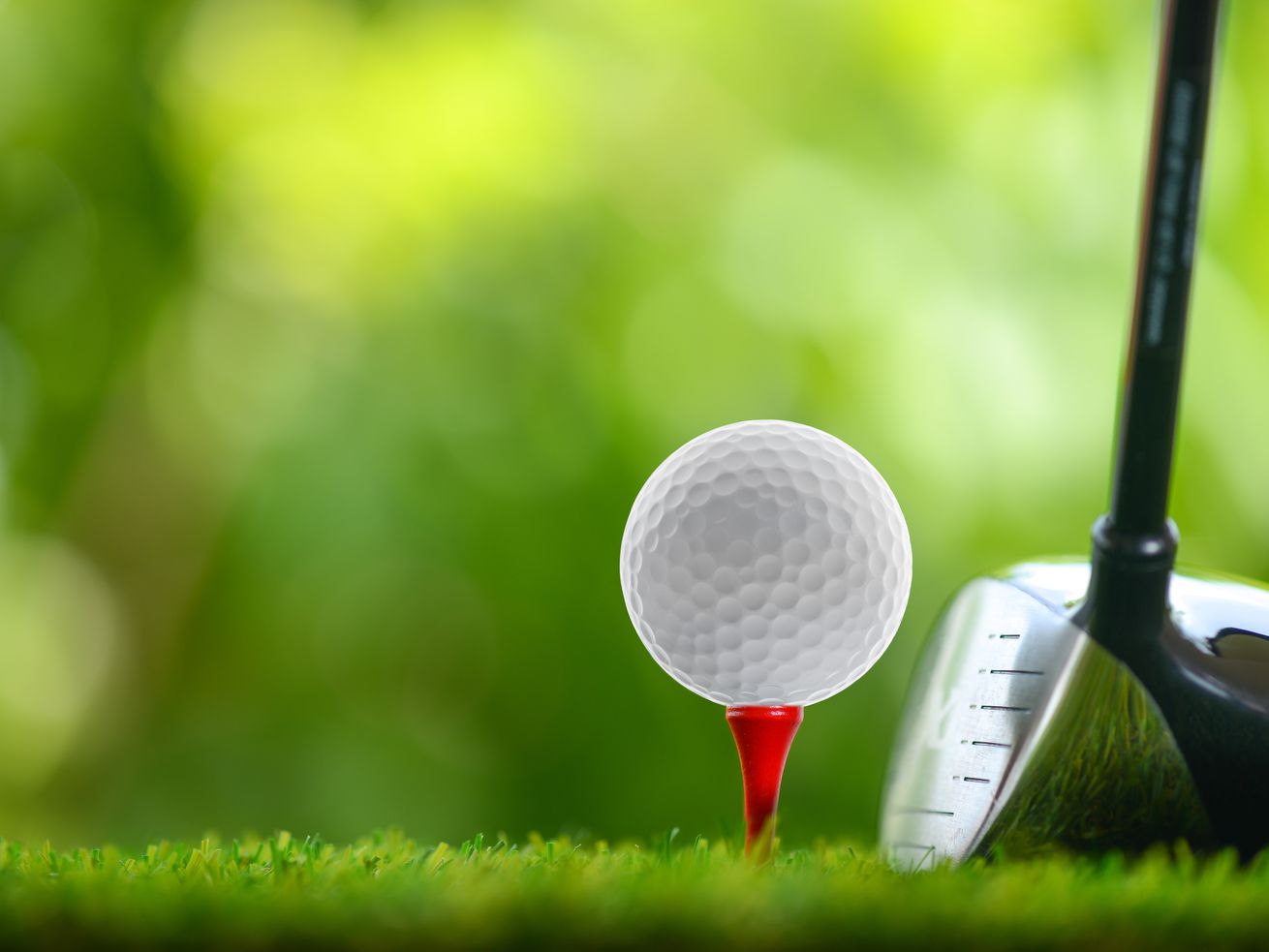 SALT LAKE CITY — The four golfers with Utah connections playing in the U.S. Women’s Amateur need to rally Tuesday to make it into the 64-golfer match play portion of the tournament being played at the Woodmont CC in Rockville, Maryland.

Grace Summerhays, who won last month’s Utah Women’s Amateur, had the best score of the day with a 4-over-par 76 and stands in a tie for 82nd place after the first round. Allysha Mae Mateo, a junior from Hawaii who plays for the BYU golf team is tied for 99th after shooting a 77.

Kelsey Chugg, a four-time winner of the Utah State Amateur, who was runner-up last month came in with a 78, while Thailand’s Chanikan Yongyuan, a junior at Southern Utah University, shot a 79.

The leaders are Rachel Kuehn and Riley Smyth, both of North Carolina, who each fired 4-under-par 68.

After Tuesday’s second round, the 132-golfer field will be reduced to the low 64 golfers who will begin match play on Wednesday. 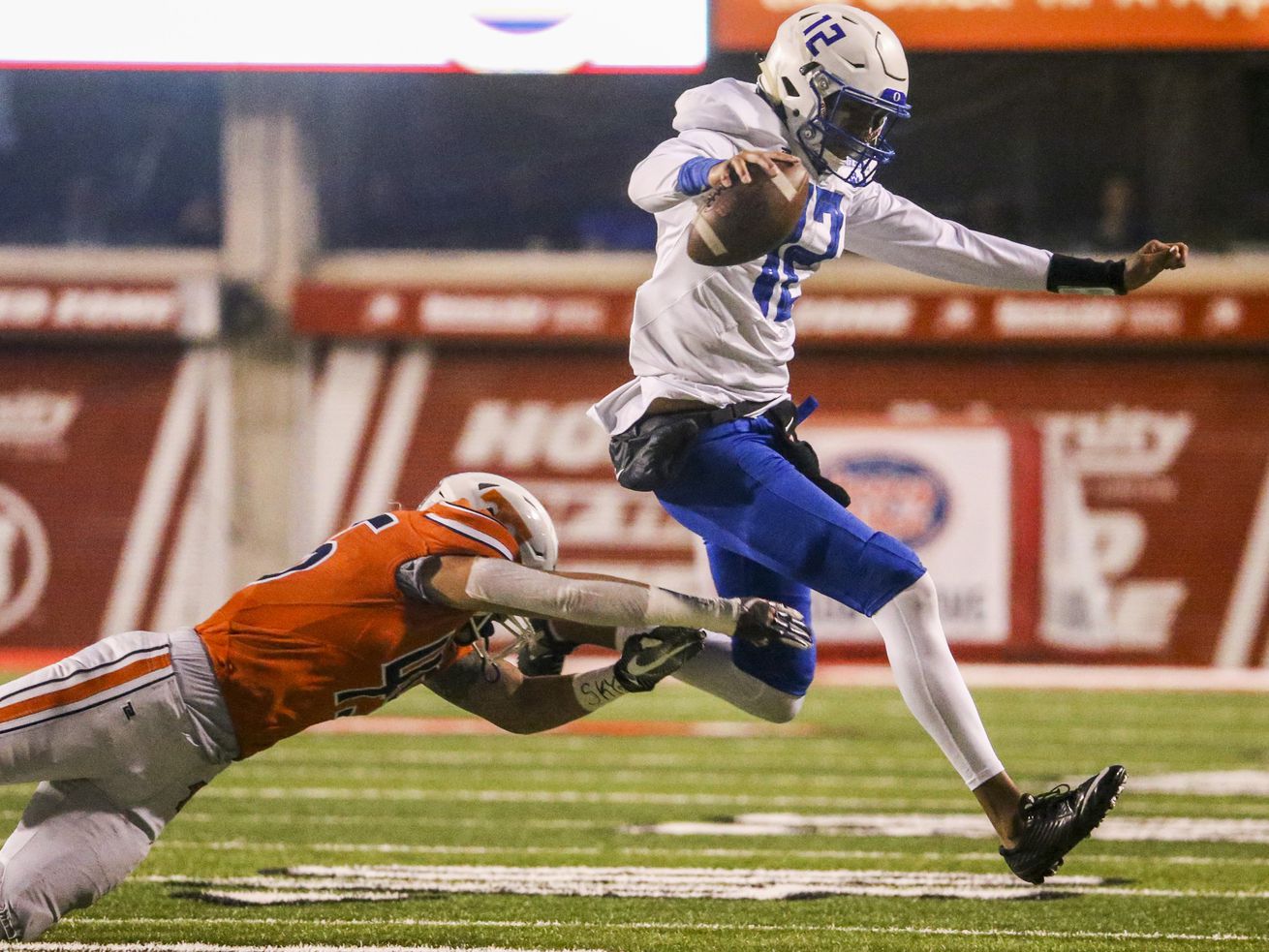 SALT LAKE CITY — Just a glance at how the 5A playoffs unfolded last season gives a sense of just how strong Region 7 is, and likely will prove again in 2020.

Three of the final four spots in the 5A playoffs were held by Region 7 teams, with Orem ultimately winning out with its defeat of rival Timpview in the championship game. Lehi was the other semifinalist, taking a loss to Timpview to end its season.

Don’t be surprised if such a scenario plays out again in 2020, given the returning strengths of all three programs, and expected improvement from both Alta and Mountain Ridge, although the Sentinels may prove to be a few years out from seriously contending.

“It’s a very, very strong region, and you just have to look how we did in the playoffs as proof,” said Timpview coach Andy Stokes. “Alta has some guys coming up, so they’ll be good and then Lehi, with Ed Larson — that’s one of the best coaches in the state, so you know he’ll put something together that will be tough to contend with. Mountain Ridge is going to be improved, and then Orem — that’s the top dog until someone knocks them off.”

As for Orem, it lost some key parts off of last year’s team — most notably Mr. Football himself, Noah Sewell, but return a lot of talent otherwise, leading region coaches to peg the program as …read more

Emmeline B. Wells’ diaries open window into life of a Latter-day Saint leader and suffragist 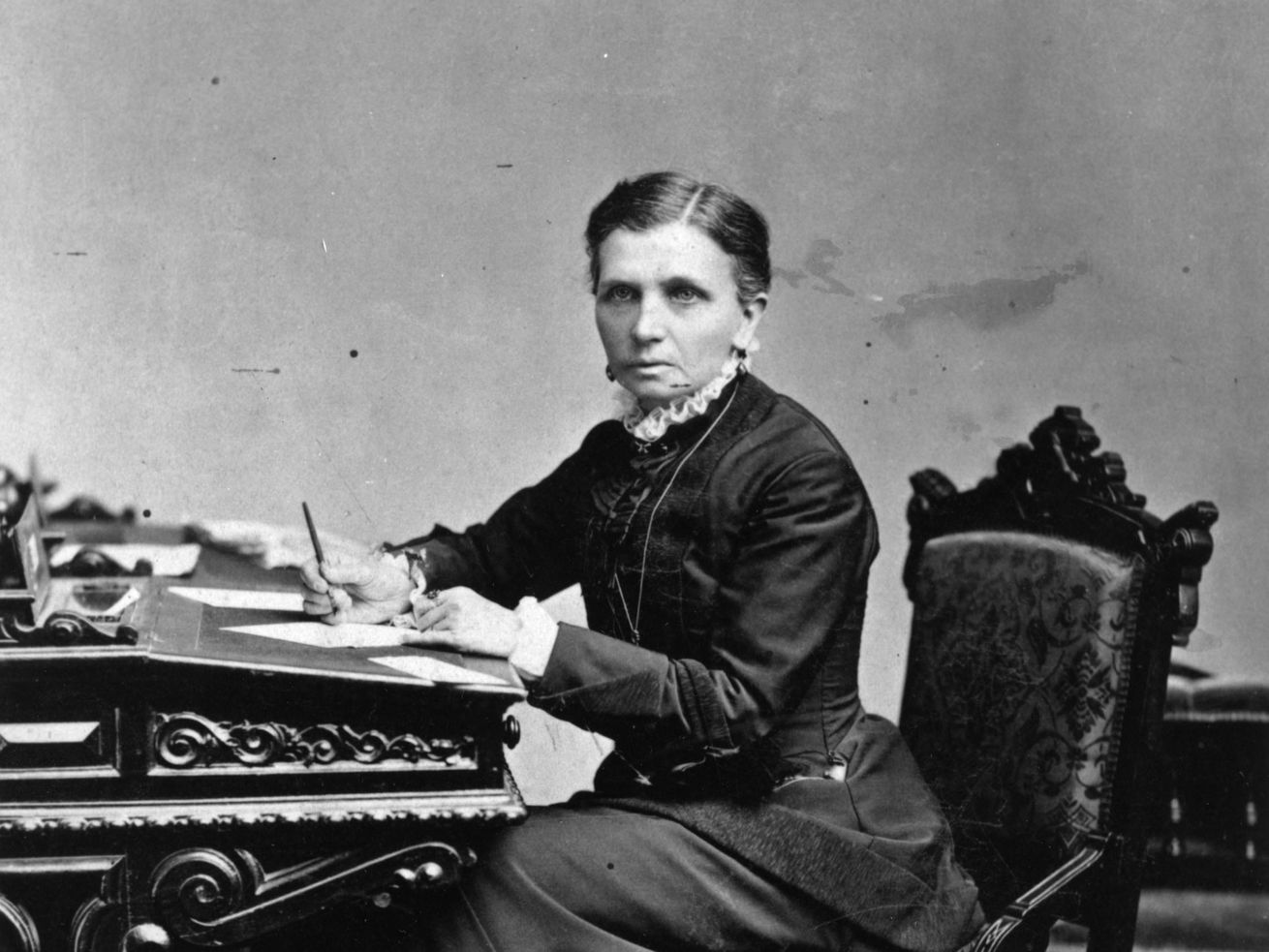 SALT LAKE CITY — In a year commemorating centennial of the ratification of the 19th Amendment and the 150th anniversary of Utah women being the first in the country to vote under equal suffrage law, it seems only fitting that the life of one of the state’s most influential Latter-day Saint women’s suffrage leaders comes to the forefront.

Emmeline B. Wells, whose life spanned from 1828 to 1921, was a writer, editor, public speaker and a nationally recognized champion of women’s rights. She also served as the fifth general Relief Society president of The Church of Jesus Christ of Latter-day Saints. Historians know about many of her experiences and travels in great detail because Wells was a diligent diarist, leaving behind 47 handwritten volumes.

This week the Church Historian’s Press announced the online publication of six volumes of Wells’ diaries, covering 1892 to 1896, including an annotated transcript of the volumes. The first six diaries, covering 1844 to 1879, were published in March. Eventually, all 47 volumes will be available online.

Project co-editors Cherry B. Silver and Sheree M. Bench started work on the project in 2002 and believe Wells’ diaries will prove to be a great resource in the years to come.

“Emmeline B. Wells is an example of a woman who was motivated, had a clear purpose and believed in women,” Bench said. “She was very dedicated to the suffrage cause not only for the right to vote but for the right for women to hold office. She worked at that constantly … with a determination to see …read more

Here’s an in-depth look at the Bear River Bears football team heading into the 2020 season.

GARLAND — A few years ago when the Bear River football players from the Class of 2021 were freshmen, they won the region championship.

Now granted, early success is never a guarantee for varsity success as teams blend players from three age groups together, but what it does reveal is that Bear River has a very strong foundation of seniors to work with in 2020.

Coach Chris Wise has a son in this age group and has coached them since they were in little league, and he’s very excited about their potential.

“At camp we were able to make it all the way through camp without incident, whether it was Covid or injury, and I was pleased with the progress we had at camp and the effort,” said Wise.

One of the big questions Wise has heading into the season is leadership. No doubt the experience is there with eight returning contributors offensively and six defensively, but he believes leadership is a quality that will be equally as important.

Offensively, Bear River will lean heavily on running backs Kace Jones and Chance Udy as they run behind a line that includes three returning starters. River only averaged 15.8 points per game last season, an obvious weakness that must get better to compete in Region 11.

Defensively, Bear River was pretty strong a year ago, but there are question marks at linebacker will multiple positions to fill. 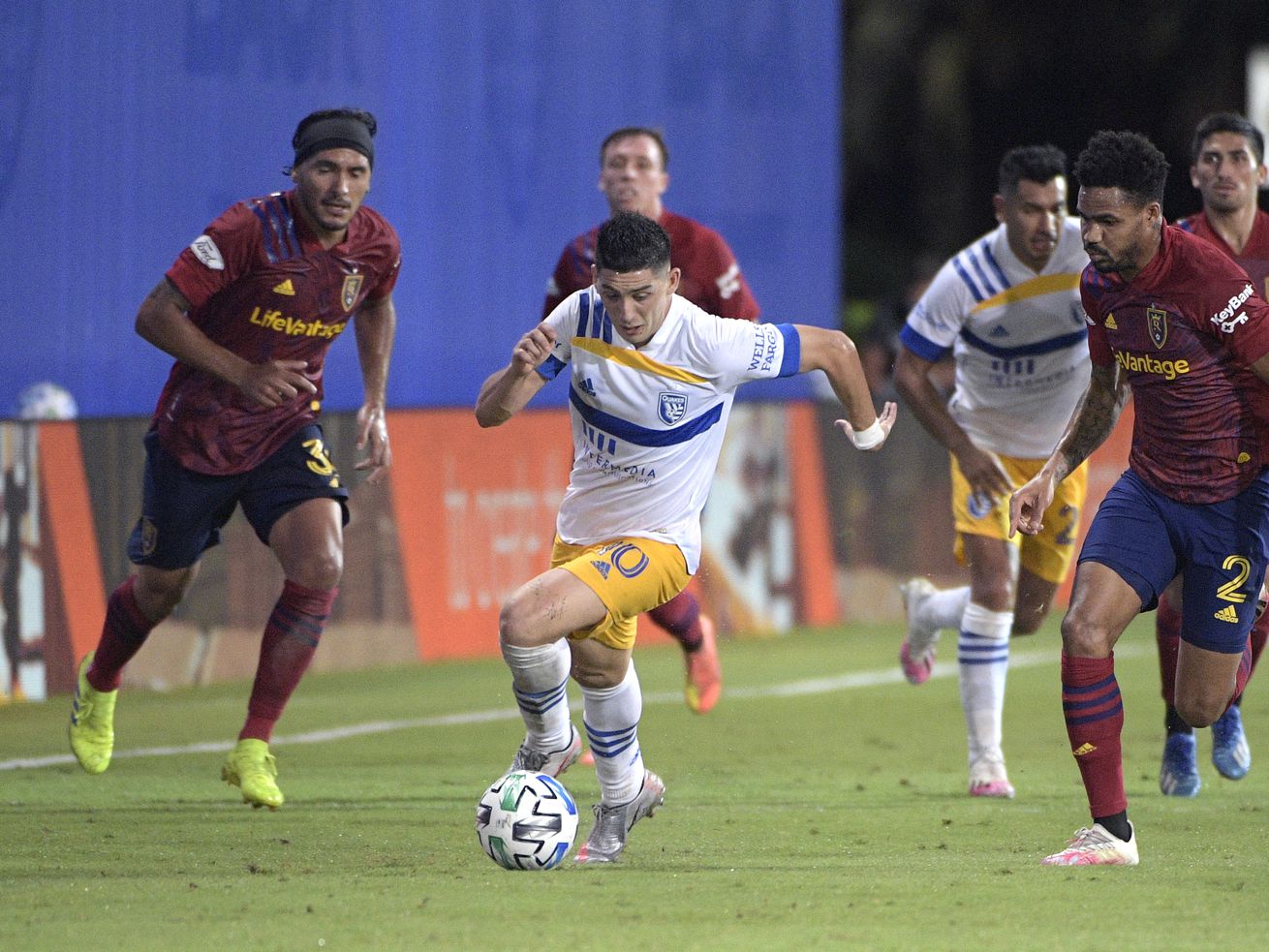 SANDY — Reflecting on Real Salt Lake’s experience at the MLS is Back tournament with reporters on Monday, one of the first regrets coach Freddy Juarez brought up was the scoreless draw with Minnesota in group play.

He acknowledged no doubt that Minnesota is a good team — as evidenced by the fact it’s still playing in the semifinals — but he can’t shake the feeling RSL could’ve won that game had it approached it more aggressively.

Here’s an in-depth look at the Dixie Flyers football team heading into the 2020 season.

ST. GEORGE — The unusual ebb and flow of experience for Dixie has shifted back to the defense.

Dixie heads into the 2020 season with nine returning defensive starters but just one returning starter on offense.

“It’s weird. We just never have enough seniors to have them on both sides of the ball,” said Dixie coach Blaine Monkres.

A year ago, Dixie was the second-highest scoring team in 4A averaging 40.1 points per game, but duplicating that production is going to be difficult with only offensive lineman George Lamb back with much varsity experience.

Bronson Barben takes over the all-important quarterback spot in Monkres’ offense, and he brings a different dimension to the table.

“He’s more of a drop back passing guy instead of beat you with his speed. He’s a little different than what I’ve had, but he can really throw it,” said Monkres.

Defensively, Dixie ranked sixth in 4A a year ago allowing 21 points per game, but that number figures to nosedive significantly with so much returning experience that is also a year stronger.

Dixie Flyers at a glance
Coach Monkres’ thoughts on how his players dealt with the COVID-19 adversity in the spring and summer:

“My kids have been doing a pretty good job. They just kind of go with the flow. We try to spread out as much as we can and we’re not allowing people in the stadium to watch practice. That’s not going to last forever. Kids have been …read more