Capital FM breakfast was thrown into a crisis this morning when Roman Kemp, Sian Welby and Sonny Jay all disappeared during their live show. …read more

Lauren Goodger was left unimpressed after she claimed some of her racier pictures were taken down from her Instagram after being reported. …read more

The Pandemic Is Causing a Shortage of Poll Workers. Can States Recruit Enough By Election Day?

By 24 hours news Politics No Comments

Denis Fortier, a retired education specialist from Lewiston, Me., has worked as a deputy election warden for several years. But both he and his wife Pauline, an election clerk, decided they weren’t comfortable working the Maine primary in July due to the coronavirus pandemic. Both are over 70.

Fortier fits the profile for a standard election worker: A retired, engaged citizen who comes back cycle after cycle to keep democracy running smoothly. According to the U.S. Election Assistance Commission’s (EAC) Election Administration and Voting Survey for the 2016 presidential election, 917,694 poll workers ran voting sites across the country. More than half the poll workers the commission gathered data from were 61 or older.

This year, many of those workers are considering sitting November out, leaving election officials scrambling to recruit replacements. “What we’ve heard from election officials is just a massive dropout of poll workers,” says Benjamin Hovland, commissioner of the U.S. Election Assistance Commission. “That has real consequences. You can’t open polling places if you don’t have poll workers.”

The increase in mail ballots this year is expected to relieve some of the demand, but an adequate election-day workforce will still be needed to staff polling sites and count the ballots. In 2018, states used an average of eight poll workers per location, and nearly 70% of jurisdictions that responded to the EAC’s survey said they struggled to recruit workers.

The primaries have already demonstrated why it’s so important to plan ahead and ensure there are enough people to keep things running. Many states reported no-shows, resulting in long lines and …read more 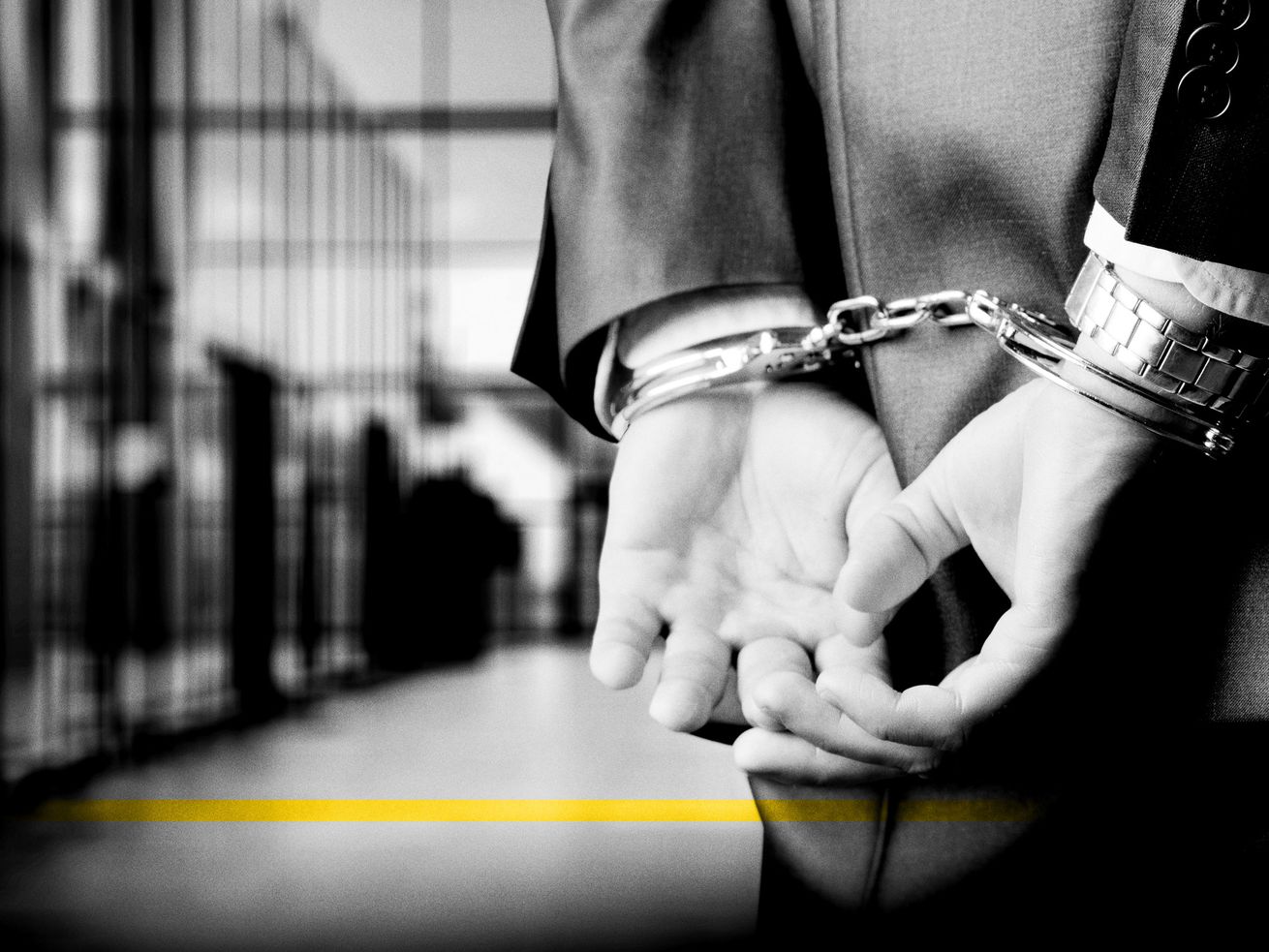 SALT LAKE CITY — A West Valley man recently charged with robbing a grocery store has been arrested and accused of robbing banks while waiting for his next court hearing.

Vu Van Nguyen, 45, was arrested Tuesday for investigation of two counts of aggravated robbery and robbery.

On July 10, Nguyen went into a Winco, 2193 S. Main, handed an employee a note and demanded money while claiming he had a gun, according to charging documents. The employee refused to give Nguyen money and then refused to give him his note back.

Nguyen was arrested a short time later, released the next day to Pre-trial Services, and charged in 3rd District Court on July 21 with aggravated robbery, a first-degree felony, and possession of drug paraphernalia, a class B misdemeanor.

According to a new police affidavit, on the same day Nguyen was charged, he entered Zions Bank, 310 S. Main, and “presented a note to the teller demanding money and threatening harm with a weapon.”

Police searching the area on Tuesday following the robbery located Nguyen and arrested him. He told detectives he committed the robberies “in order to fuel his drug addiction,” according to the affidavit.

Here’s an in-depth look at the East Leopards football team heading into the 2020 season.

SALT LAKE CITY — East took a big step as a 6A program in the playoffs last season by beating nemesis Bingham in the quarterfinals to advance to the semis.

That simply created a new nemesis for East — American Fork. After losing to the Cavemen in the regular season 57-45, East lost to them again in the semifinals 37-27.

Turnovers and pass defense killed East in those games, and those are two of the biggest areas of focus this year for coach Brandon Matich.

Spread teams have often given East trouble in the past, and during a three-week stretch from Week 2 to Week 4, it plays three of the best spread teams in the state: Orem, Lone Peak and American Fork.

“If we can’t cover people and we can’t tackle, we’re not going to be very good,” said Matich.

The Orem and Lone Peak games are replacing out-of-state games that East originally had on the schedule.

Leading the way offensively is sophomore running back Amini Amone, who rushed for over 1,900 yards as a freshman last year and who already has offers from Arizona State and Utah State. Three of the lineman he’ll be running behind are full-time newcomers, but Matich is confident in what they bring to the table.

Izaak Zimmerman is back at quarterback, but he has three players pushing him. Champion Edwards is a sophomore …read more

Donovan Mitchell in Players’ Tribune: ‘You should know what I stand for’ 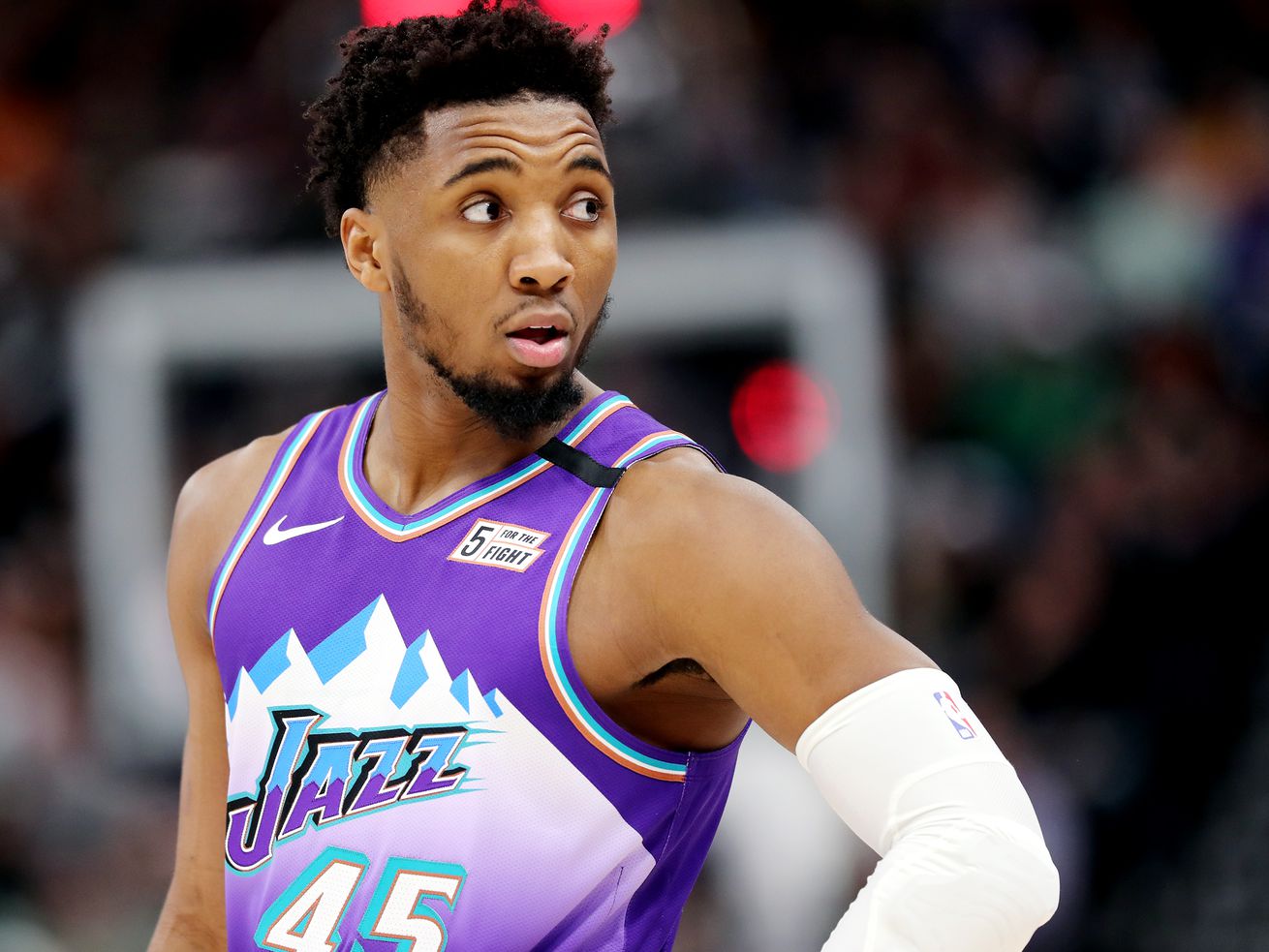 SALT LAKE CITY — During the past few months, Utah Jazz guard Donovan Mitchell has become a notable voice in the conversations about racial justice, and that continued Wednesday in a first-person piece published by The Players’ Tribune.

Yes, Mitchell spent a good portion of the piece recounting the events of March 11 and the immediate aftermath, as Jazz teammate Rudy Gobert’s positive coronavirus test was the impetus for the shutdown of sports in North America and he himself tested positive hours later. But much of the story focused on his personal experiences with racial injustice.

Mitchell concluded it by addressing Jazz fans who have directed racially insensitive comments at him over the past few months, of which many have come on social media.

“At the end of the day, if you rock my jersey, then you should know what I stand for,” the piece reads. “You should know what’s on my heart. And what’s on my heart, after five long, surreal, difficult months, is this. … I love Utah. I love the Jazz. I love all my fans. I love the game of basketball. But if you’re rocking my jersey while we’re going for the title, do me a favor and don’t just shout out my name. If you’re rocking my jersey, shout out, ‘Justice for Breonna Taylor.’”

Taylor is the Black woman who was killed by Louisville, Kentucky, police on March 13. Mitchell, who played collegiately at the University of Louisville, is wearing “Say Her Name” on the back of his jersey during the NBA’s restart in …read more

Paris Jackson and Gabriel Glenn: It’s Over After 2 Years!

Recently, Paris Jackson took her relationship with Gabriel Glenn to new heights in the form of a streaming documentary about their love.

But sadly, all good things must come to an end.

E! News reports that Paris Jackson, who is 22, and Gabriel Glenn, who is 24, have broken up.

The pair met in 2018 and felt an instant connection, quickly forming a relationship and bonding over music.

For two years, their love has blossomed, and they even play in a band together — The Soundflowers.

So why did they break up?

According to E! News’ insider, Paris and Gabriel had been “on and off for a while.”

That must have felt like some deeply awkward timing, what with their Facebook Watch series, Unfiltered: Paris Jackson & Gabriel Glenn airing.

“She’s working on herself,” the insider tells E! News.

Paris is, in addition to her music career, also a model and an actress. She is also, you know, a person.

“For now,” the insider details, “both are going to focus on their separate projects.”

“And,” the source remarks, the two “will probably decide down the road about their music together and The Sunflowers.”

It’s rarely a good idea to make big decisions about a shared passion project in the immediate aftermath of a breakup.

On that episode, the pair admitted that they were butting heads more or less constantly.

That, contrary to what media that romanticizes relationship conflict would have people believe, is a sign of a toxic relationship.

During the streaming series, Paris referred to Glenn as “one of her many soulmates.”