By 24 hours news Lifestyle No Comments

Princess Eugenie and husband Jack Brooksbank recently welcomed a baby boy, but where will they be raising him? …read more

Amanda Holden thanked her loved ones for treating her on her birthday and is looking forward to having a party once she can. …read more

If you’ve been paying any attention to celebrity gossip in recent weeks, you know that Marilyn Manson’s reputation has taken quite a nosedive.

And that’s really saying something, as the shock rocker didn’t enjoy the greatest reputation to begin with.

Manson’s troubles began when actress Evan Rachel Wood accused him abusing her over the course of their four-year romantic relationship.

The couple began dating back in 2006 when Wood was just 19 years old and Manson was 36.

“The name of my abuser is Brian Warner, also known to the world as Marilyn Manson,” Wood’s statement read.

“I was brainwashed and manipulated into submission. I am done living in fear of retaliation, slander, or blackmail,” she continued.

“I am here to expose this dangerous man and call out the many industries that have enabled him, before he ruins any more lives.

After Wood alleged that she had suffered intense trauma as a result of the relationship, four other women accused Manson of similar atrocities.

These days — with his career in ruins and the possibility of criminal charges looming — Manson is reportedly living in seclusion, overwhelmed by intense paraoia.

“Manson is worried about his safety and is not taking any risks,” a source close to the situation tells UK tabloid The Sun.

“He’s concerned about who might turn up at the house and has hired 24-hour security to watch out for him,” the insider adds.

“He’s paranoid at the best of times, but the allegations have really rocked him and he was adamant he needed protection.”

While many of Manson’s friends and colleagues — including his longtime manager — have distanced themselves from him in recent weeks, it seems that a handful of sycophants have remained.

The Ogden Utah Temple was one of the first temples to reopen after closing due to restrictions brought on by the COVID-19 pandemic. | Scott G Winterton, Deseret News

The Church of Jesus Christ of Latter-day Saints continues to adjust temple operations based on government regulations brought on by the COVID-19 pandemic.

The latest changes involve one temple in Mexico moving to Phase 2 (all living ordinances) and eight temples resuming operations after being paused. As previously announced, six international temples will start in Phase 3 (all ordinances with restrictions) next week.

The following six temples will shift to Phase 3 on Feb. 22:

These eight temples, including seven in California, have resumed operations this week after being “paused”:

Latter-day Saint temples, which were closed on March 25, began reopening on May 11 under a four-phase approach.

The Church’s lone temple still closed due to the COVID-19 pandemic is the Kyiv Ukraine Temple.

ChurchofJesusChrist.org.
The only temple of The Church of Jesus Christ of Latter-day Saints still closed worldwide due to the COVID-19 pandemic is the Kyiv Ukraine Temple.

By 24 hours news Politics No Comments

This article is part of the The DC Brief, TIME’s politics newsletter. Sign up here to get stories like this sent to your inbox every weekday.

At this point in most new administrations, all eyes are on the White House. A new team is rolling into Washington, eager to put its mark on politics and eager to get going on campaign trail promises to undo what came before. Presidential appointments, the first address to Congress, the big-ticket projects like health care or education — these typically give newspaper editors their Page One stories for weeks and capture the public’s attention.

As Joe Biden gets ready to hit the one-month mark of his presidency on Saturday, his early moves are not consuming all of the political oxygen in Washington. Congress’ failed attempt to ban former President Donald Trump from ever returning to power came up short over the long weekend, even as it was abundantly clear that Senate Leader Mitch McConnell has zero interest in bringing him back to power. Conservative media has been overrun both by New York Gov. Andrew Cuomo’s latest scandal and an emerging denialism that the failed insurrection at the heart of Trump’s second impeachment even happened.

Yes, you read that correctly: Jan. 6 denialism is becoming a thing. Laura Ingraham devoted a five-minute segment last night on her Fox News show to float the theory that the Jan. 6 attacks didn’t happen as we believe them to have, the Democrats manufactured evidence of it and that Nancy Pelosi needs to answer for the chaos that really was just a hoax.

Police are now calling the disappearance of Conzuelo “Nicole” Solorio-Romero, 25, of Kearns, a homicide investigation. Two people were arrested in connection with the case Monday. | Unified Police Department

KEARNS — Two people have been arrested in connection with the disappearance of a Kearns woman a week ago — a case that people are now calling a homicide.

As of Tuesday, however, the body of Conzuelo “Nicole” Solorio-Romero, 25, has not been found.

Orlando Tobar, 29, and Jorge Medina, 21, were booked into the Salt Lake County Jail Monday night for investigation of aggravated murder and aggravated kidnapping.

On Feb. 6, Solorio-Romero, 25, was forcibly taken from her home near 5000 West and 5400 South. She was taken at gunpoint or at knifepoint from just outside of her home, according to a police affidavit.

Police believe she was taken to a residence in West Valley City “by suspects only known as Chaparro and the Venezuelan,” the affidavit states. Once inside, “one witness stated that they observed the victim being shot in the head. The witness was unclear if it was Chaparro or the Venezuelan.”

Chaparro then allegedly told witnesses that if they spoke to anyone, “they would have to kill them too. One witness stated the victim was loaded into the back of Chaparro’s vehicle and she was never seen again. One witness stated he received a call from Chaparro stating the victim didn’t die from the initial shot and had to shoot her again,” the affidavit states.

Unified Police Department
Police believe this photo shows Conzuelo “Nicole” Solorio-Romero, 25, being kidnapped from her Kearns home on Feb. 6, 2021. She has not been seen since and now Unified police believe she was murdered. 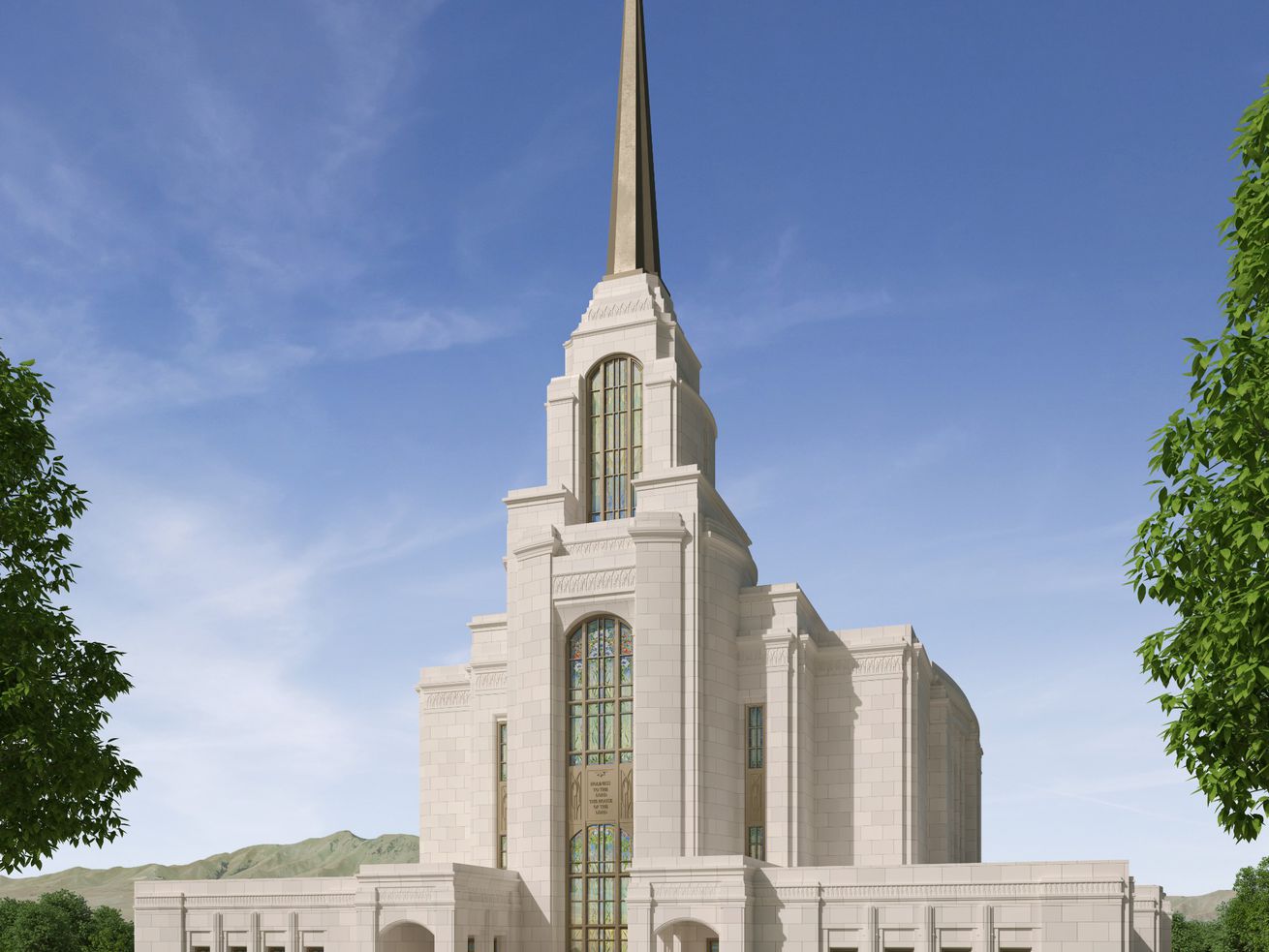 Temple will be 24th in Utah for Latter-day Saints

Ten months after the announcement for the Syracuse Utah Temple, The Church of Jesus Christ of Latter-day Saints released an image of what the temple will look like.

The rendering shows the church plans to build a three-story building previously said to be about 89,000 square feet in size. The sacred building is to be constructed on a 12-acre field at 2500 West and 1025 South in Syracuse.

The Church of Jesus Christ of Latter-day Saints
The location of the Syracuse Utah Temple, which was released in August 2020.

A groundbreaking date is expected in the coming months.

The Syracuse Temple will be the 24th Latter-day Saint temple in Utah and third in Davis County, where the Bountiful Utah Temple has been constantly busy since 1995 and the Layton Utah Temple is under construction.

The temple’s location was announced in August 2020.

The Church of Jesus Christ of Latter-day Saints 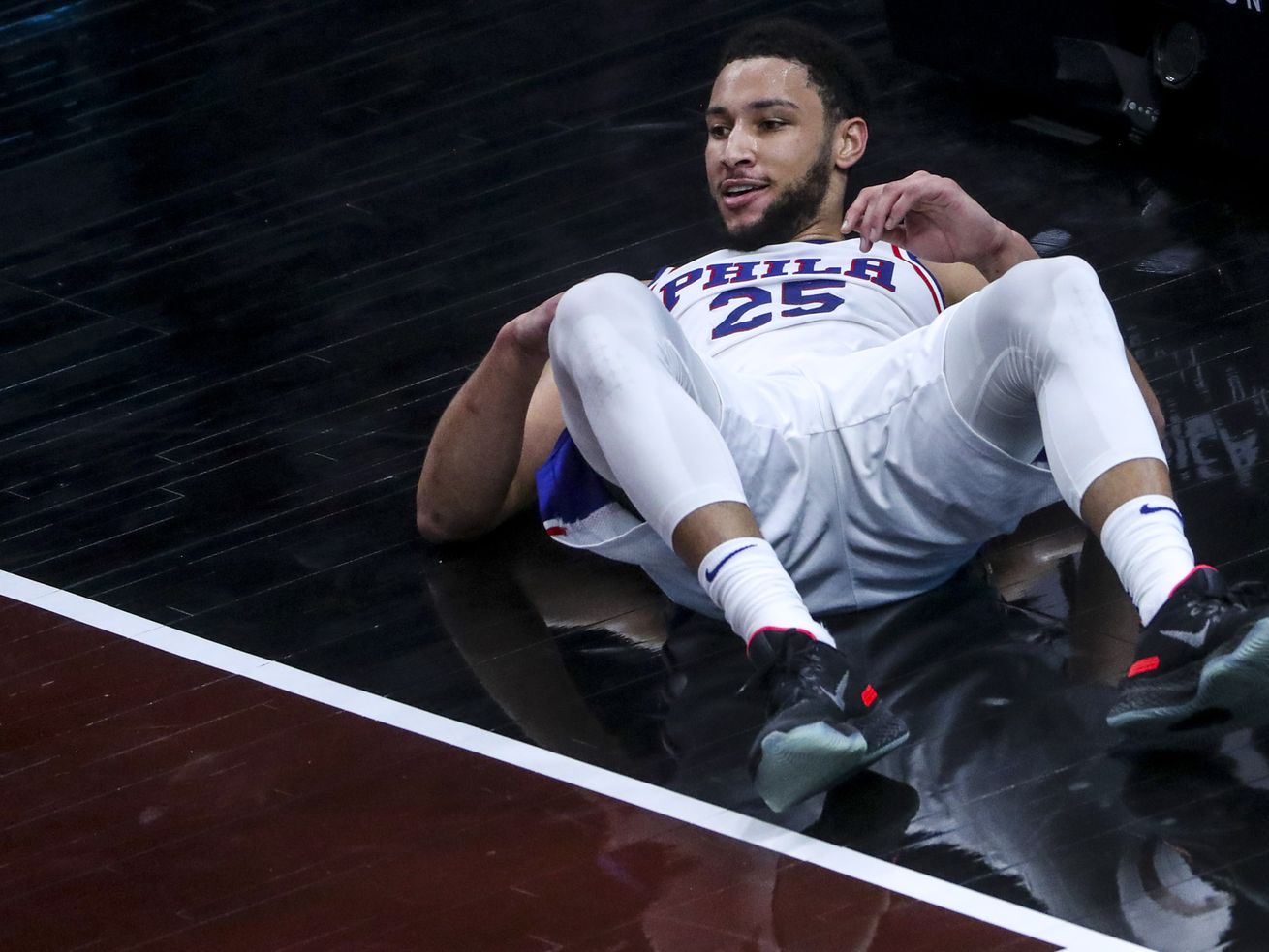 Following the Philadelphia 76ers’ 134-123 loss to the Utah Jazz Monday night in Salt Lake City, 76ers All-Star Ben Simmons was asked how he liked being guarded at times by Jazz All-Star center and two-time NBA Defensive Player of the Year Rudy Gobert.

Simmons, who scored a career-high 42 points to go along with 12 assists and nine rebounds, offered a rather bold answer.

“Yeah, I loved when I saw Rudy was guarding me,” he said, chuckling. “I mean, I love being able to go at somebody like that. I felt like it was a little bit of disrespect putting him on me, but it is what it is.”

The Simmons-Gobert matchup came as Philadelphia’s All-Star center Joel Embiid was a late scratch from the lineup because of tightness in his back.

Always one to use perceived slights to motivate himself, Gobert followed his usual custom of “liking” numerous tweets that noted Simmons’ comments.