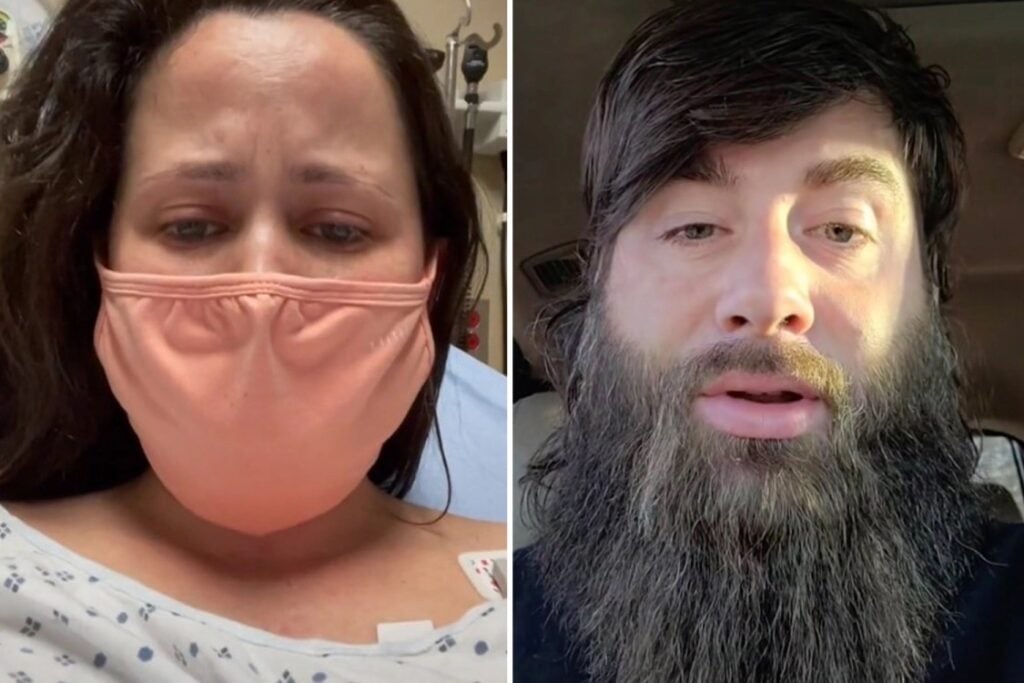 Say what you want about Jenelle Evans.

The veteran MTV personality hasn’t exactly endeared herself to fans over the years, considering the way she’s treated her co-stars and even her own children… but we hope it’s safe to assume the following:

No one out there wishes actual, physical harm on Jenelle.

And this is why we’re pretty darn concerned at the moment.

In the wake of Evans having gone public with medical issues that include esophageal spasms and other breathing challenges in recent months, husband David Eason has now made an unexpected plea.

Never one to reveal any sort of vulnerability or weakness on social media, Eason wrote this week:

David Eason says here that his wife is suffering from a serious medical condition. He’s asking for prayers.

As you can see above, Eason posted a photo of himself and his spouse along with these frightening words, as both Jenelle and David are wearing winter hats and smiling in the snapshot.

Earlier this week, the Teen Mom 2 star shared with her followers that she had been prescribed an inhaler.

She took to TikTok to share a video of herself trying to figure out the product, which is meant to assist with her breathing.

Jenelle was also faced with immediate criticism for simply possessing this item, as a number of critics blamed her smoking habit for the health problems.

Jenelle Evans and David Evans have remained together through thick, thin and abuse allegations.

“It’s not from smoking,” Evans clapped back, trying to explain as follows:

“I have a high level of laden lipid macrophages. Causing too much mucus.”

Jenelle has been candid about these obstacles and concerns for several months now.

In March, she told fans and followers that she has fibromyalgia, an incurable condition characterized by chronic pain.

“For as …read more