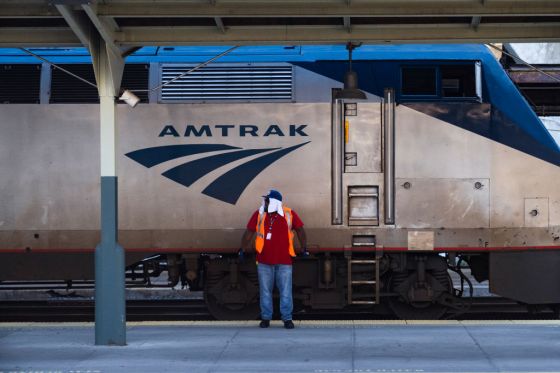 The potential strike “is a really big deal in the short term, it’s dominating the conversation, but it’s not the big issue in the long term,” says Tony Hatch, a rail and intermodal analyst who consults with Wall Street. “The biggest issue is: are railroads going to get their service act together?”

Here are some of the biggest problems railroads face even without this labor dispute:

Railroads can’t get the staff

On paper, working for a railroad seems like a pretty good deal. Workers don’t need a college degree, and the average total compensation for rail employees is $160,000, according to the Association of American Railroads.

But workers say the last two years have been very hard. That’s in part because of the pandemic, but also because the major railroads have for years been making major staffing cuts that have forced employees to take on more work.

Over the last six years, Class 1 railroads have cut their workforce by 29%, of 45,000 employees, according to Congressional

A potential strike of tens of thousands of workers on America’s railroads is causing panic among everyone from online shoppers to grain operators who are hoping to avoid the supply chain headaches of the last two years. Amtrak said it was canceling all of its cross-country trains starting Thursday, Sept. 15, because many of its trains run on tracks maintained by the freight railroads.

But the question of whether workers decide to strike on Friday is overshadowing a bigger issue: the railroad industry is currently in turmoil, and even if a strike is averted, customers including farmers and energy producers say that the industry needs an overhaul.
[time-brightcove not-tgx=”true”]

Lockdowns followed by a surge of consumer demand created supply chain bottlenecks during the pandemic, making it harder for consumers to get hold of everything from tampons to garage doors. While trucking and shipping companies have begun to recover from these issues, the railroad industry has struggled more in 2022 than it did at the beginning of the pandemic. A survey of members of the American Chemistry Council, whose members ship everything from ethanol to sulfuric acid by rail, found that in July 2022, 46% of companies said rail delays and service challenges had gotten worse since the end of 2021, and only 7% said that service had improved. Nearly 60% of members surveyed said they had been charged higher rates.

“Railroads recognize that their service over the past year has not been at a level their customers deserve and expect,” said Ian A. Jeffries, the president and CEO of the Association of American Railroads, in a statement prepared for a Congressional hearing Sept. 15 on rail service challenges and their impact on …read more