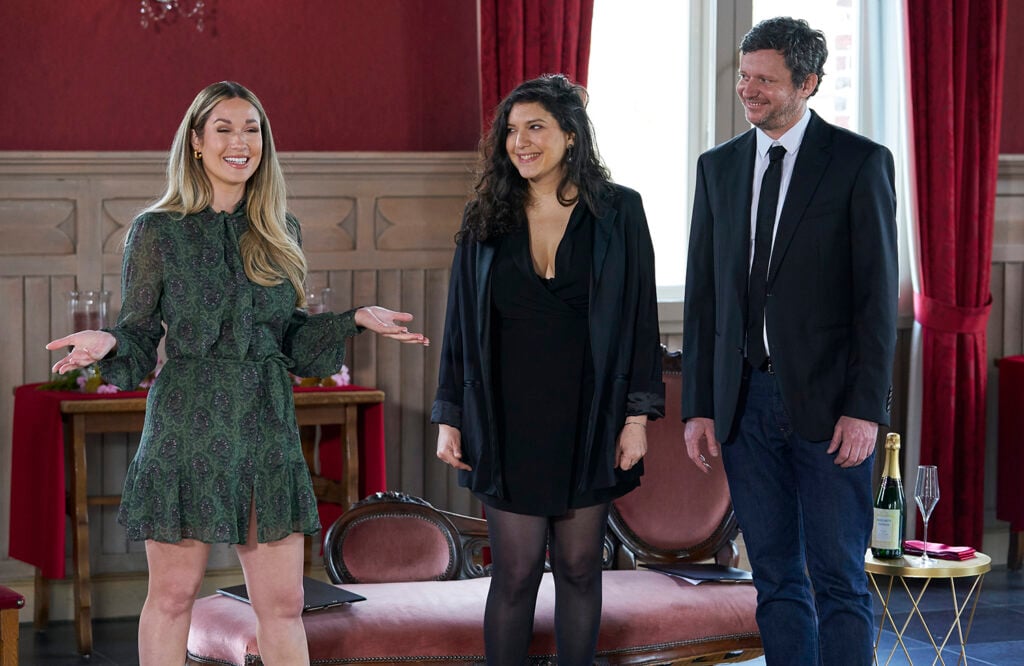 As both Rachel Recchia and Gabby Windey lamented on The Bachelorette one week ago, they may have made a grave mistake.

By allowing the suitors to only focus on the one woman with whom they feel the strongest connection… the show has handed nearly all power over to the men.

And on Monday night?

Rachel in particular was affected by this format change.

Windey, for her part, got off to a strong start on the latest installment of the franchise, giving a rose to her one-on-one date, Jason Alabaster.

But Rachel broke down after she invited her suitors to watch the ICU nurse’s group date.

She just felt so unwanted.

“Gabby’s guys are professing these feelings for her and giving her these speeches and the whole time, no one can make eye contact with me,” Rachel said as the men watched Gabby’s men fight on the group date.

“After the last rose ceremony, watching man after man reject me, I think everyone should have been trying so hard to have a moment with me.”

It was hard not to feel awful for the aspiring wife.

“It really just does feel like a big insecurity that continues to reveal itself.

“The wanting to have someone who makes you feel like you’re the only person here and they’re 100 percent invested in you.”

Rachel noted that she simply has “no idea” where her suitors stand. Just SO frustrating!

“At this point, I want to feel chosen. I’m not here to beg these guys to act like they want me. I’m so over feeling like this,” Rachel admitted.