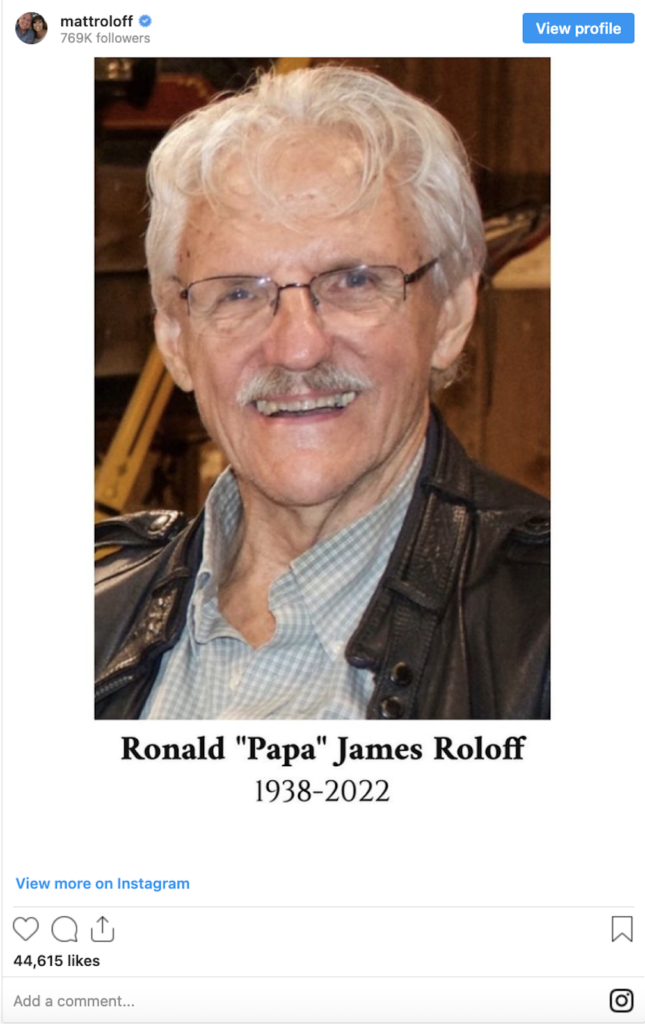 Matt Roloff has lost his father.

On Monday, the Little People, Big World shared a photo of his father on Instagram and Facebook, while also passing along the sad news as follows:

“A sad week for the Roloff Family.. my dad… affectionately known as ‘papa’ to his 10 grandchildren and his 10 great grandkids peacefully went home to be with his Lord and Savior yesterday evening.

“Ron was an amazing Husband, father, grandfather, great grandfather and inspiration to many.”

His cause of death is unknown at this time.

Continued his son online in his tribute, however:

“He literally loved people and anyone who ever came in contact with him knows that! His love for Jesus was so evident throughout his entire life and certainly in his final hours.”

Ron and his wife, Peggy, were featured on the very first season of Little People, Big World back in 2006.

Their appearances to a minimum in the years that followed, though, with the couple eventually playing a role in a 2018 episode titled “Four Generations of Roloffs” in which Ron and Peggy drove from their home in California to Oregon to meet grandson Zach and wife Tori‘s first child, son Jackson.

“Six hundred miles is a short trip to make to see a great grandson,” Ron said at the time, adding:

“I can’t imagine being a great-grandfather.”

In his somber message on Monday, Matt recalled the final moments he spent with his father.

“With his special love of his life (since grade school) his wife of 63 years ‘Huny’ right by his side … many of us were with him reading his favorite Bible Verses,” the TLC personality shared.

“I would list one but he had so many favorites!