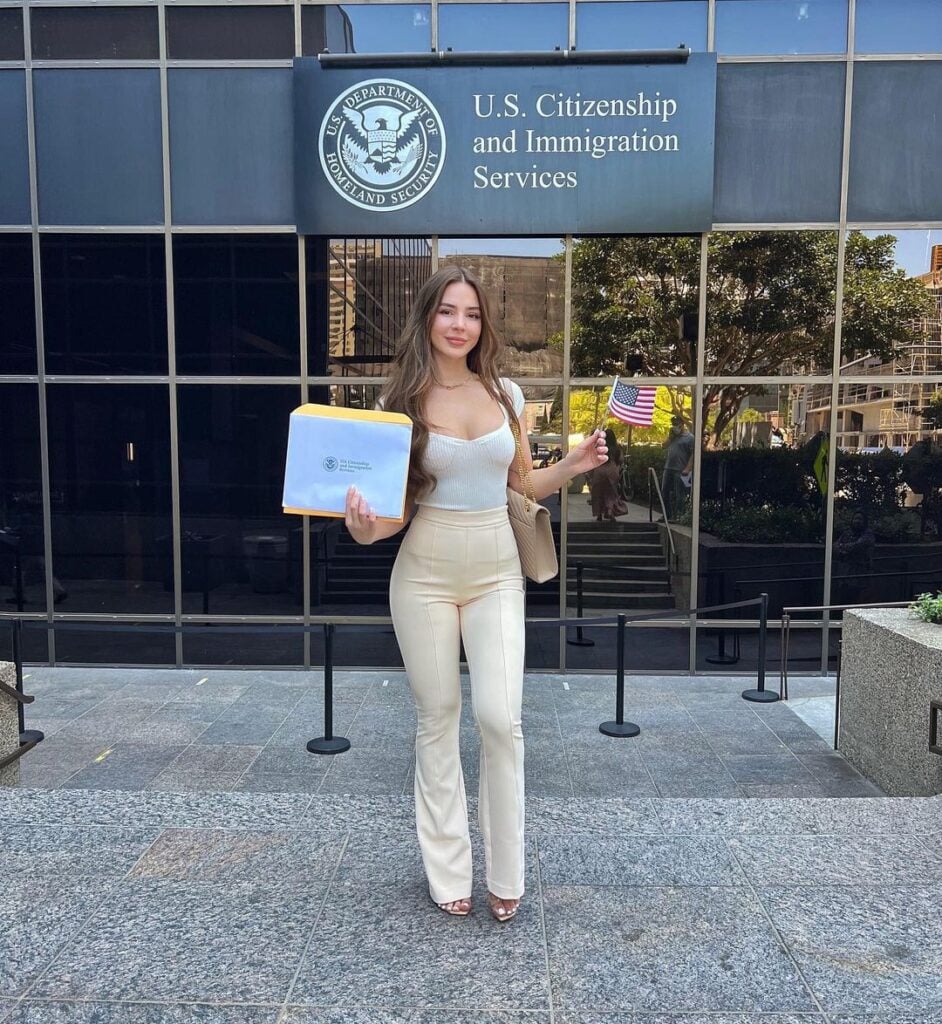 Over the weekend, 90 Day Fiance alum Jorge Nava got married to Rhoda, the mother of his children.

Jorge’s ex also had some very good news to share in the past week.

She is now a naturalized United States citizen!

In case that were not clear enough, the photo showed her standing in front of US Citizenship and Immigration Services.

The folder full of documents in one hand and the physical American flag in the other are pretty self-explanatory.

Though Anfisa is not the first on the series to obtain full citizenship, it’s safe to say that not everyone makes it that far.

Marrying by the K-1 visa deadline is just one step on a long list of hurdles, applications, and tests.

In Anfisa’s case, she and Jorge began their divorce process in the back half of 2020.

But that was hardly the end of their marriage.

Realistically, they only had about one year to enjoy being married — more or less — before the unthinkable happened.

Anfisa and Jorge married in August 2017 despite some … serious red flags.

Were fans right about both of them? At least partially, sure. But they did care about each other … up to a point.

However, the couple’s married life only lasted for a matter of months.