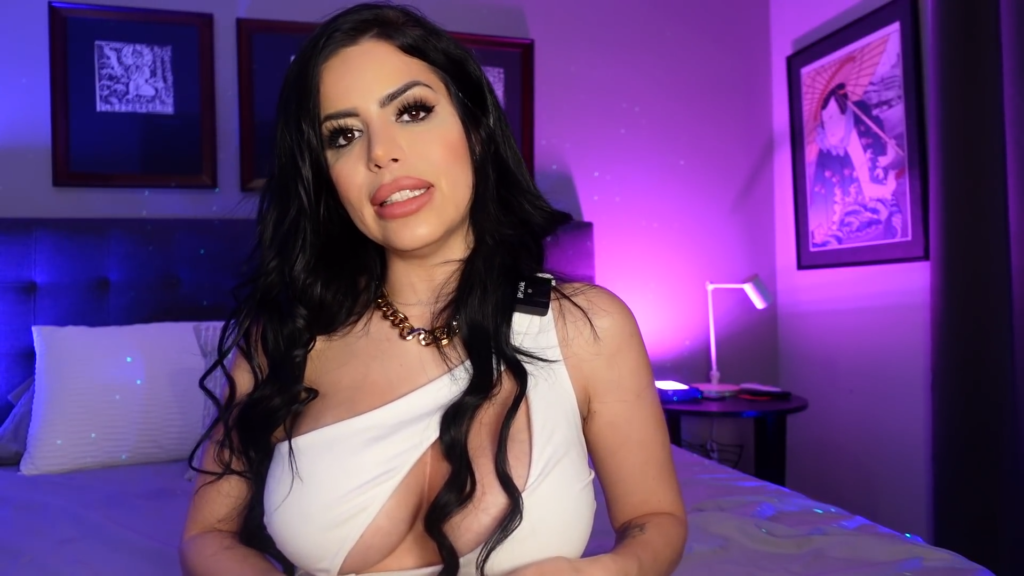 Her surgeon stole her bellybutton, irreversibly altering her body without her consent.

Now, Larissa is sharing that she’s done with cosmetic surgery … well, with one possible (major) exception.

Meanwhile, she is dishing on how much she made on OnlyFans and her one big regret about 90 Day Fiance.

One of the hottest topics surrounding Larissa, for years, has been her unseen children.

No matter how many times Larissa answers the question, people still ask “why doesn’t she go see them?”

As it turns out, Larissa would like to clear the air about her kids.

“I don’t have two children … but pretty soon I’m gonna explain about my kids,” she shared vaguely.

Larissa continued: “I always want to open up about this, but I could never.”

90 Day Fiance legend Larissa Lima wears bubblegum pink in an otherwise colorless room while speaking to her viewers and fans.

Larissa emphasized that she does have kids “but it’s not two.”

For years, she has avoided specifics because of horrific death threats from people who hated her on TV.

So, Larissa explained that she is “trying to deal with this hate” before she shares more. Understandable.

90 Day Fiance legend Larissa Lima showed off her augmented bust on Instagram in a hard-to-miss photo.

Larissa also shared that she recently received approval on her green card.

However, given how life has been for her since she moved here, she is not certain that this will be her forever home.

“I am someone that I don’t know if I want to stay in the United States,” Larissa confessed.