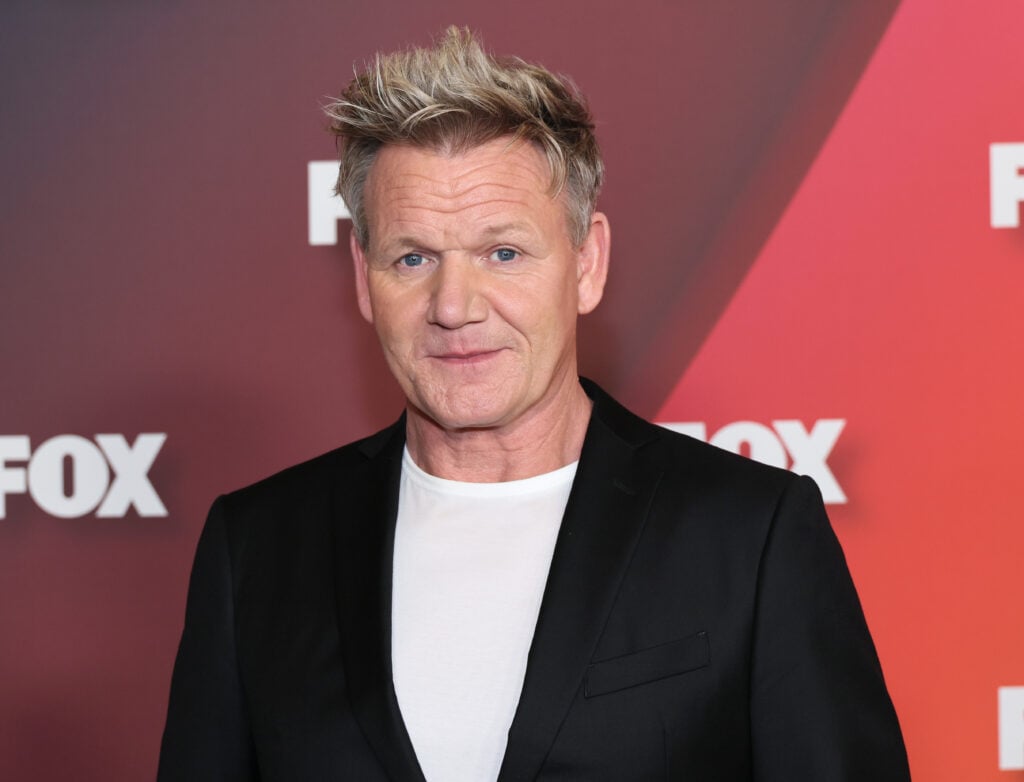 Gordon Ramsay is a popular television personality because he’s fiery and intense and flat-out mean to aspiring professional chefs.

Viewers seem to be totally cool with the way he treats other human beings.

But Gordon Ramsay is now in scalding hot water when it comes to the way he treats animals.

Or, rather, one very cute animal in particular.

You probably need us to explain, don’t you?

Last Thursday, Ramsay uploaded a video of himself climbing into a pen of roughly ten pristine, adorable, white lambs.

In the controversial footage, Ramsay rubs his hands together while repeatedly saying “yummy” as he peers out over his potential next meal.

“I’m going to eat you,” the chef/reality stars says to the group of livestock.

From there, Ramsay asks: “Which one’s going in the oven first?”

He proceeds to select a sheep, point at it and decree: “You.”

Ramsay finally jumps into the pen and scares some of the sheep.

He captioned the video “The Lamb sauce was still not found in the making of this video..,” which is a reference to a 2006 meme, derived from a scene on his show, Hell’s Kitchen, in which he asked a contestant for lamb sauce.

Apparently aware of the backlash to this insensitive footage, restauranteur eventually clarified that “No animals were cooked in the making of this video.”

This doesn’t seem to the point of contention for most critics, though.

They’ve been responding, via TikTok and other platforms, to Ramsay taunting innocent animals and showing so little remorse for their impending death..

It’s worth noting the video in question has been viewed over 8.5 million times as of this writing.

“What a classless, out-of-touch and heartless way to treat another sentient being,” one social media user wrote in response, while another added:

“Do you think that grown men should be teaching children on TikTok that animal abuse is funny.”‘

“Those are babies. …read more