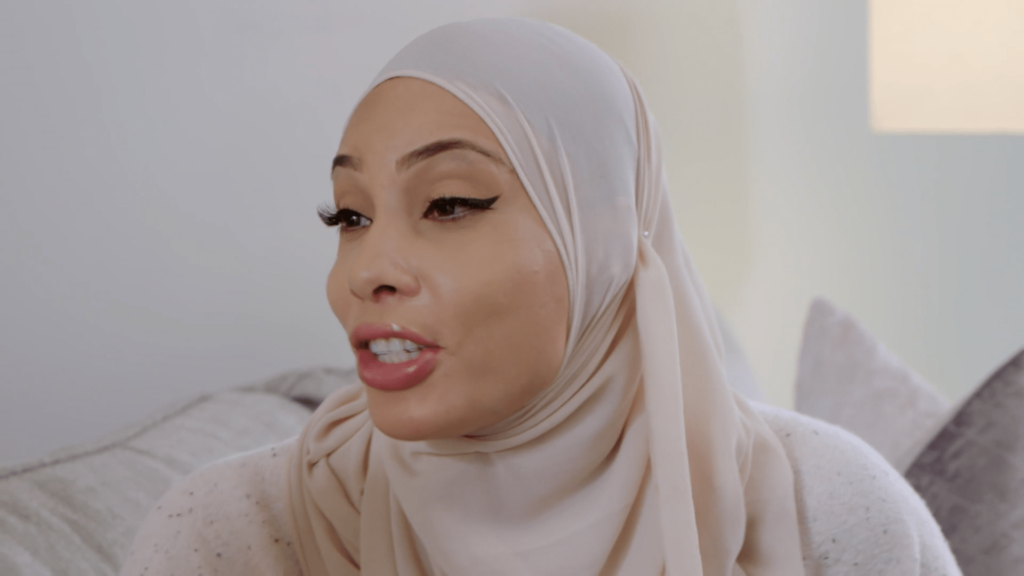 In recent episodes of 90 Day Fiance, we have heard so much about Shaeeda Sween and Bilal Hazziez’s prenup.

Even viewers who are enthusiastic fans of prenups in general haven’t liked what they’ve heard. Her attorney agreed.

Most of us have whiteknuckled it through Bilal’s Lifetime original psychological thriller vibes. But Shaeeda also has her critics.

Now, she’s calling out the most common criticism that viewers direct at her.

Shaeeda notes that in Trinidad, it’s not uncommon for women in particular to stay home. Menstruation and breastfeeding are two reasons that she cites, but there can be others. Bilal feels differently, and Shaeeda calls him out for taking on a lecturing tone when he describes jumah as less than optional.

Shaeeda Sween debuted a TikTok video, which you can see below, in which she poked a little fun at her critics.

“When he is not your type,” the text begins.

“But,” the caption continues, “you got a studio bill to pay.”

Shaeeda is left to her own devices for hours while Bilal goes to take his kids to practice, and while she spends the time doing yoga, it’s strange. She’s in an unfamiliar place, so it’s not like she can just go home easily. She has to wait until Bilal is ready to talk.

However, what truly drew people’s attention was not the caption, but the text on her shirt.

In fact, that shirt is so very specific that one has to wonder if Shaeeda — or Bilal — had it custom made to order.

TikTok is first and foremost an algorithmic hell app designed to monetize everyday influencers until AI influencers can replace them.

But even that absolute cesspool of frenzied teens and obnoxious trends and dangerous misinformation has its gems.