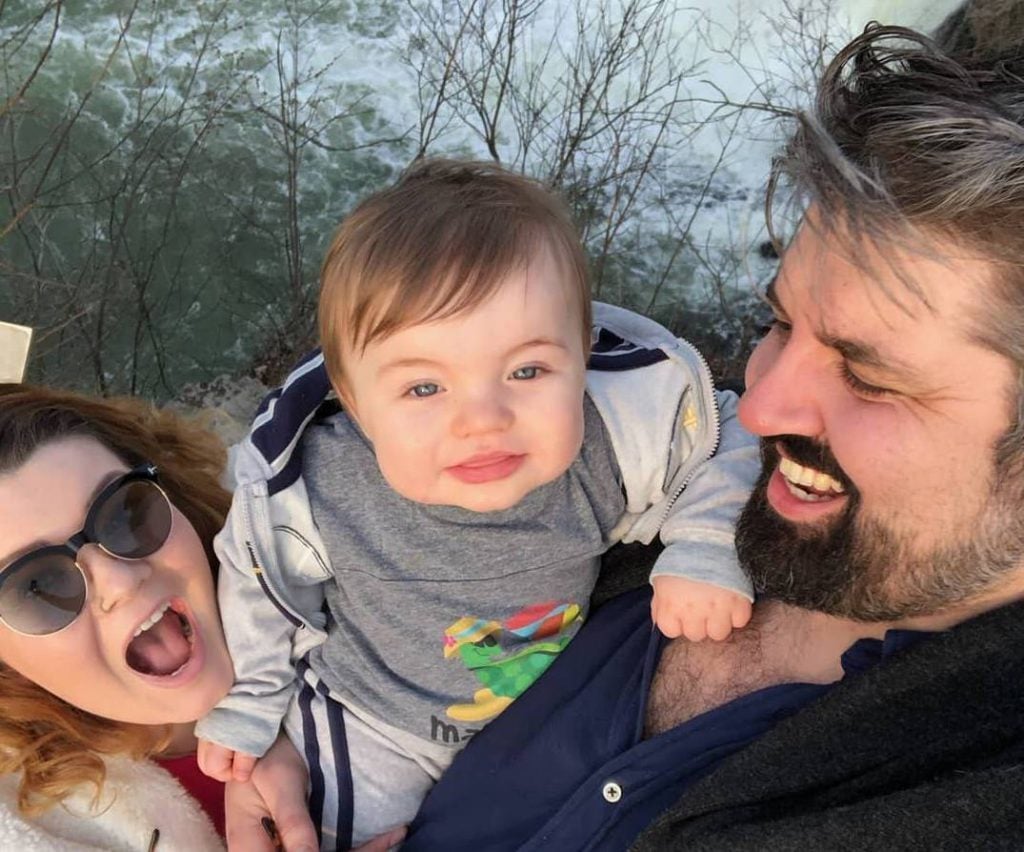 The Ashley’s Reality Roundup also shared an affidavit of the incident, which alleged that Portwood struck Glennon with a shoe while he was holding James, who was 14 months at the time.

“Mr. Glennon stated when he got inside the home, Ms. Portwood grabbed a shoe off the shoe rack and hit him with it.

“Mr. Glennon stated he was holding [the baby] and he turned to the side to avoid [the baby] getting hit with the shoe,” read this document.

“Mr. Glennon stated he then left [the house] again with [the baby].”

Portwood was arrested and later pleaded guilty to two felony charges of domestic battery and intimidation.

Based on the terms of her plea bargain, Portwood avoided jail time.

Tuesday’s judgment, meanwhile, also noted that when the ongoing no-contact order is lifted between Andrew and Amber… the MTV star will “be entitled to liberal telephone calls and or FaceTime communication with the child.”

In addition to telling her followers that she was staying “positive” and going to “fight this,” the “Teen Mom OG” lead argued that she should not be held accountable for mistakes from her “past” because she is working to better herself.

She also said her mental illness is being used against her in this case.

Elsewhere during this session, Portwood claimed that James enjoys their mother-son time together, saying he repeatedly tells her, “I love you.”

Portwood gave birth to James in May 2018, one year before she and Glennon ended their relationship.

As the exes subsequently engaged in a lengthy custody battle for the last three years, Portwood was allowed three unsupervised visits per month with her youngest child.

Amber is also mother to a 13-year old daughter with ex Gary Shirley.

She has said many times of late that

Amber Portwood has lost the most important battle of her life.

Moreover, a judge ruled that Glennon can move with the toddler from Indiana (where Amber also resides) to California.

He had made this request back in April.

Glennon has had primary custody of James ever since Portwood got arrested for domestic violence in July of 2019.

In court documents obtained by The Sun, the judge granted Andrew’s request to relocate, giving him sole legal and primary physical custody of James, while ordering that he “seek out and consider the mother’s opinion before making any major decisions relating to the child’s medical treatment, education and religion.”

The MTV personality — who has not been permitted overnight visitation with James since the 2019 domestic violence incident — has been granted overnights under the new custody arrangement.

She will split her time with her son each month between Indiana and California.

This same judge also ordered both Amber and Andrew to submit monthly drug tests for the next six months, while Amber was ordered “to participate in individual counseling with the counselor of her selection and follow any recommendations made by the counselor.”

Back in July 2019, Portwood was accused of attacking Andrew while he cradled James in his arms.

She allegedly used a weapon to try and break down the bathroom door behind which Glennon and the infant were hiding.

Per Marion Superior Court documents obtained by Radar Online at the time, “[Amber] struck the machete at and into a door, while Andrew Glennon was standing directly on the other side of the door, that created a substantial risk of bodily injury to Andrew Glennon.”

The Ashley’s Reality Roundup also shared an affidavit of the incident, which alleged that Portwood …read more