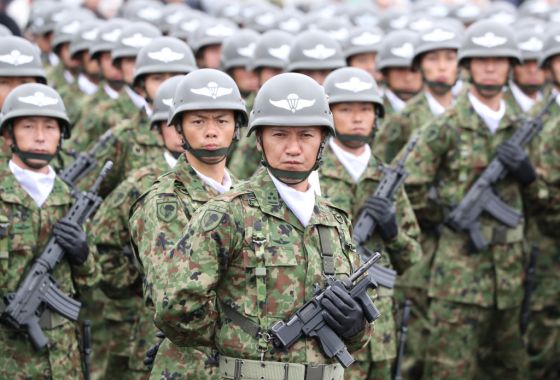 Asia Gets Serious About Defense

Over the last few weeks, Kishida has hosted a summit of the

As the military conflict in Ukraine bogs down on a slice of the embattled nation’s eastern and southern periphery, the geopolitical shift sparked by Russia’s Feb. 24 invasion keeps gaining new ground. This week, it emerged that the leaders of Japan and South Korea will attend a NATO summit, as observers, for the first time. It’s another sign of Western-style democracies teaming up to meet the bellicose challenge of Moscow and the growing global assertiveness of Beijing.

Japanese Prime Minister Fumio Kishida announced on Wednesday that he would attend the June 28-30 gathering of the 30-strong military alliance in Madrid. The attendance of South Korean President Yoon Suk-yeol was confirmed earlier by his presidential office. Both leaders have legitimate reasons to consider their nations threatened by Russian aggression. Japan has a sea border and is locked in territorial disputes with Russia. The Kremlin’s historic backing of North Korea is meanwhile a perennial security concern for Seoul.

Commenting on his historic visit, Kishida told reporters that he intended to highlight common security concerns in Europe and Asia. “As the only Asian country in the G7, Japan’s diplomatic capabilities are being tested,” he said.

Read More: Biden’s Moves on NATO Come Amid Fears Russia Will Expand Its War Past Ukraine

The news is a geopolitical blow to Russian President Vladmir Putin. Already, formerly neutral European nations Finland and Sweden have applied to join the bloc, while Denmark recently voted to align with the E.U. on defense matters. The presence of Kishida and Yoon in Madrid is also an unwelcome development for Beijing, which has refused to condemn Moscow for the war, arguing, as many Western thinkers have, that Russia was provoked by NATO’s eastward expansion.