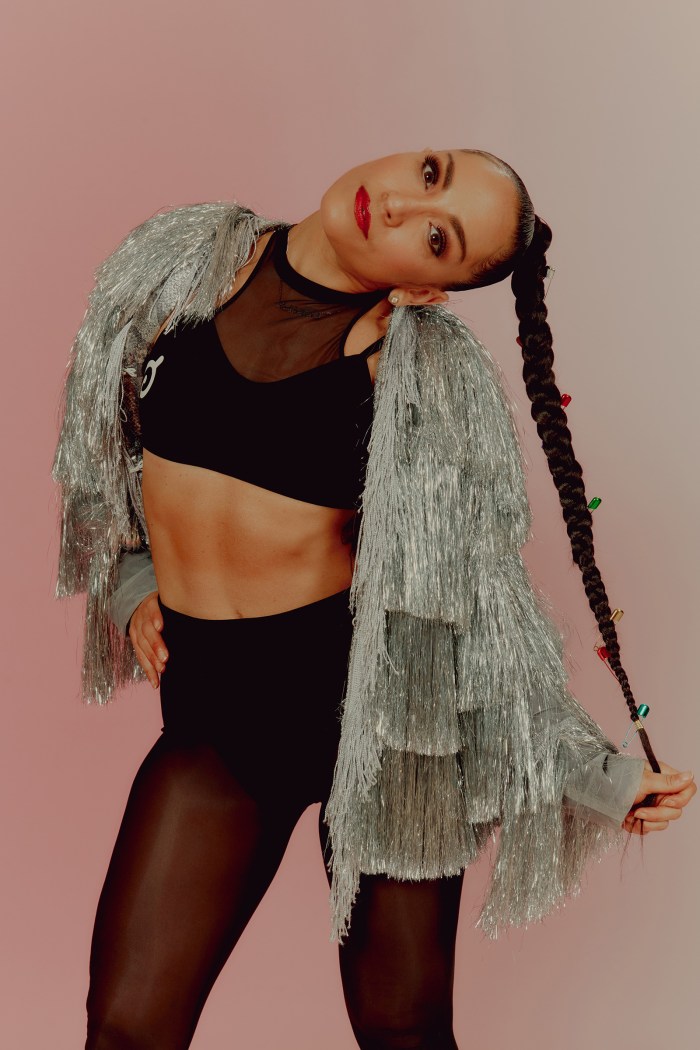 These instructors may film eight Peloton classes a week and spend hours planning workouts, creating playlists, and writing scripts for future sessions. But these days, that’s just the baseline. Having built considerable followings on social media, they’ve also become influencers, able to drive fans who admire their lifestyle to buy the items they’re hawking. They’re so sought-after, in fact, that some now have their own agents and earn a sizable portion of their income through endorsement deals and partnerships, appearing in traditional advertising and posting sponsored content. And they hold sway over a particularly affluent audience. Peloton charges nearly $2,000 for its newest bike—and that’s before the cost of cycling shoes, weights, and a monthly subscription for classes. The Peloton bike (or lightly fictionalized versions of it) has featured prominently on shows like Emily in Paris and Curb Your Enthusiasm as a signal of wealth and privilege. Instructors benefit from that cultural cachet.

Chief content officer Jennifer Cotter, who cut her teeth managing talent at HSN (formerly known as the Home Shopping Network), was brought in three years ago to help navigate the instructors’ growing fame. “My original intent was really to reduce the friction instructors were starting to feel here,” she says, explaining that they were waiting a long time to hear back about brand partnership opportunities.

The instructors’ stars have continued to rise even as Peloton’s has begun to lose some of its sheen. The company was a pandemic juggernaut, growing its revenue from $915 million in 2019 to $4 billion in 2021. But a

During halftime at a Brooklyn Nets game in December, a cluster of 20- and 30-something women made a beeline for the court. John Legend and Chrissy Teigen were there, sitting in prime seats, but the couple wasn’t their target. These women were hoping to take a picture with Ally Love, the team’s in-arena host. Love, one of Peloton’s most popular instructors, flashed a smile at the group and made a gesture suggesting they could huddle in the stands as she introduced a breakdancing team. They did so dutifully. Even after the game resumed, they kept hovering around her.

Love, a former dancer, was already working with both the Nets and Adidas when she joined Peloton as a cycling instructor in 2016, but since then, her opportunities have grown significantly. She has partnered with Nissan, NARS, and massage-device maker Therabody. She’s also built her own brand, and fans can purchase $25 socks or $78 sweatpants with the Love Squad logo on her website. She recently spent time in London hosting an upcoming Netflix dance competition. “I’ve opted into the slash generation,” she says, referring to the phenomenon of millennials with multiple income streams. “I can get a little impatient if I’m doing the exact same thing every day.”

Much ink has been spilled about the parasocial relationships Peloton devotees form with their instructors. Each one cultivates a certain style, whether it’s motivational mama or drill sergeant, and members gravitate to the ones whose personalities appeal to them, the ones they think could be their friends. “They’re talking to us every day, right?” says Jared Watson, a marketing professor at NYU’s Stern School of Business. “They might not hear us talk back. But it feels like we’re engaging in a relationship with them.” According to …read more