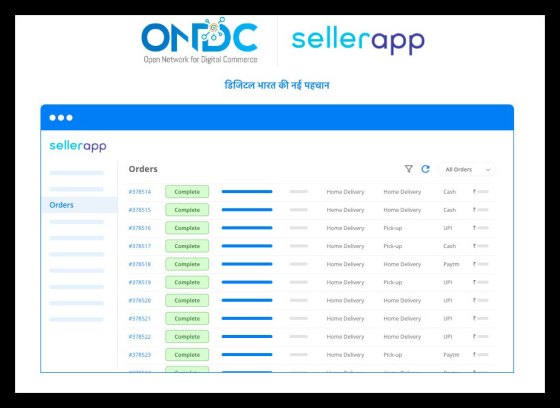 When Jay Prakash, a 35-year-old shopkeeper, inherited his father’s local convenience store in Bengaluru, it had a dependable customer base streaming in from a wealthy apartment building known as the Diamond District. His 400 square-foot store sold rice, lentils, bread, snacks and fresh produce earning close to 15,000 rupees daily. But that was before the pandemic hit, and people started staying indoors. Now, he says, people are buying online through grocery services that promise extremely fast delivery times—20 minutes or less.

Prakash says his daily earnings have been slashed in half. “The old customers who knew about the quality of the product still buy from us, but it’s not the same.” For high school dropout Prakash, it didn’t seem possible to open an online store to compete. Designing a website, spending on marketing, and managing a delivery fleet felt incredibly daunting.
[time-brightcove not-tgx=”true”]

But a sweeping change over the last several weeks has rekindled hope for his two-decade old business, thanks to a new initiative from the Indian government. In a bid to create a level playing field for both online and offline players and reduce the dominance of American Big Tech, the Indian government is piloting its own solution that enables all kinds of sellers to display their products in shopping apps alongside bigger retailers. It’s called the Open Network for Digital Commerce, or ONDC. The system will allow offline retailers to compete with larger online retailers—including the many rapid grocery delivery services that have sprung up in the last year. Customers will be able to open their favorite shopping app (as long as it’s integrated with the ONDC) and find products from all sellers who are part of the ONDC. That would include nearby local neighborhood stores as well.

Pilots are underway for food and grocery, but the ONDC …read more