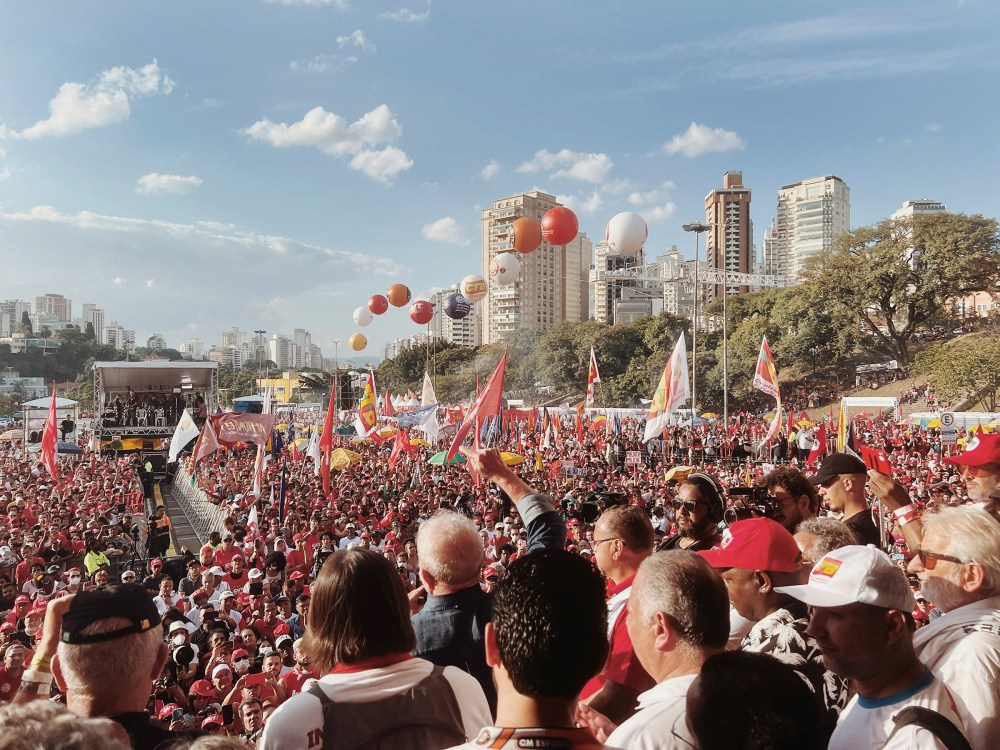 Read this story in Portuguese

Luiz Inácio Lula da Silva’s return to frontline politics was a bombshell for Brazil. In April 2021, the Brazilian Supreme Court annulled a series of corruption convictions that had excluded the leftist former President from national elections in 2018, saying a biased judge on his case had compromised his right to a fair trial. The decision set Brazil on course for a showdown between Lula—as he is universally known—and current far-right President Jair Bolsonaro in the October 2022 elections.

Read More: Brazil’s Most Popular President Returns From Political Exile With a Promise to Save the Nation
[time-brightcove not-tgx=”true”]

Lula, who officially launches his campaign on May 7, promises to bring Brazil back to the good old days of his 2003-2010 presidency, which he wrapped with an 83% approval rating. That would mean reviving an ailing economy, saving a threatened democracy, and healing a nation scarred by the world’s second-highest COVID-19 death toll and two years of chaotic pandemic mismanagement. So far, his promises are resonating: Lula is polling at 45% compared to Bolsonaro’s 31%. But the gap is narrowing.

TIME staff writer Ciara Nugent sat down with Lula in late March, in the São Paulo headquarters of his Workers’ Party (PT), to speak about his time in prison, the war in Ukraine, and whether his plans for the country are based on more than nostalgia. This transcript has been condensed and edited for clarity.

TIME: When the Supreme Court restored your political rights last year, you were already preparing for a quieter life away from politics, according to Brazilian media. Did you immediately decide to return?

In truth, I never gave up. Politics lives in every cell of my body, in my blood, in my head. Because the issue is not politics itself, but …read more