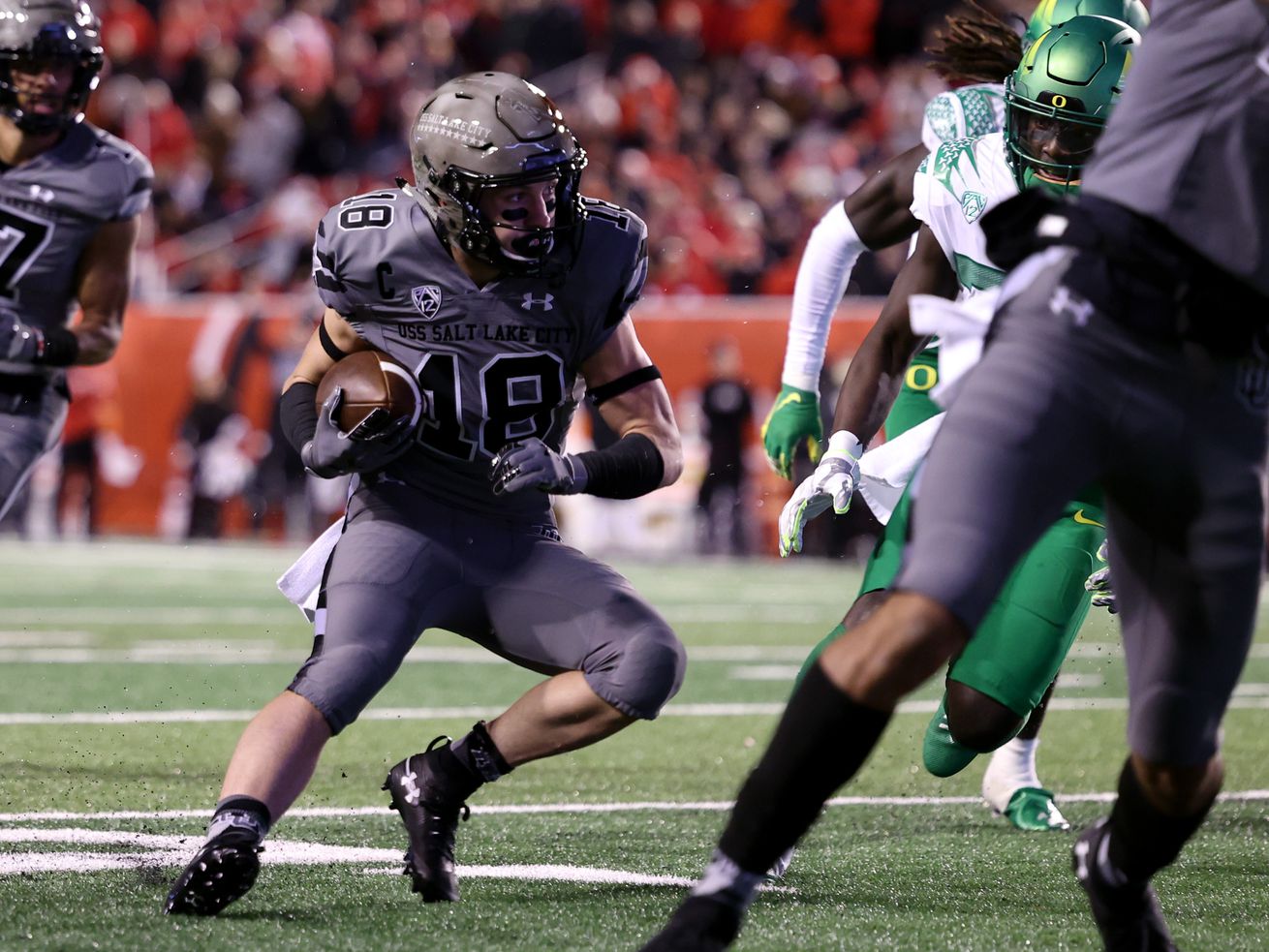 Utah star linebacker Devin Lloyd said the beatdown of the Ducks provided, “memories that will last a lifetime.”

This article was first published as the Ute Insiders newsletter. Sign up to receive the newsletter in your inbox each Wednesday night.

No doubt, those fans played a role in the Utes’ resounding victory that secured the Pac-12 South title and a berth in the Pac-12 Championship game on Dec. 3 in Las Vegas.

“It was unreal,” said quarterback Cam Rising. “It was a great atmosphere. … I loved it. It was a pleasure to play in front of them.”

As Utah hosts its home finale Saturday for Senior Day, Rising is hoping the crowd shows up and makes more noise.

“We’re going to need that again for the seniors,” Rising said.

But the fans at Rice-Eccles were not the only ones watching the nationally televised prime time game. According to ESPN, the Utah-Oregon game on ABC was the most-watched Pac-12 regular season game in seven years with 4.8 million viewers.

Linebacker Devin Lloyd, who will be playing his final home game this Saturday, will never forget that win against the Ducks.

“Memories that will last a lifetime. A whole lot of them. Beating a really good Oregon team that was No. 3 at the time. Getting Whitt the most wins in school history,” he said. “There was so much good that came out of it. …read more