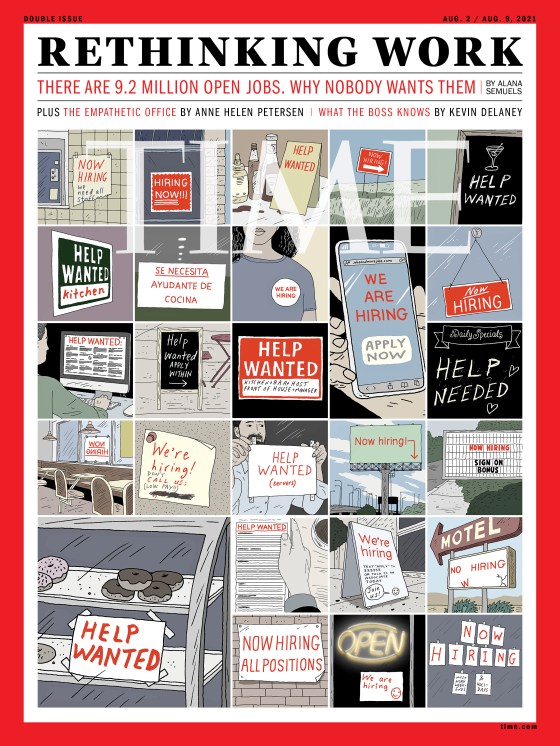 Adrienne Barnard has worked in human resources since 2004, and has seen all manner of concerns and requests from workers. But Barnard, now senior vice president of people operations at Boston tech startup Mainstay, recently found herself taken aback at how emboldened some employees had become.

“There’s a sense of entitlement that’s building,” says Barnard, who’s had to deal with issues like remote workers expressing dissatisfaction with the system the company used to deliver them free lunches. “These employees are recognizing, ‘You need me, and if I leave, it’s going to be hard to replace me.’”

Employees in many industries are in a position of power that they haven’t experienced in years, as the economy swiftly rebounds from the pandemic and businesses struggle to recruit and retain enough workers to keep up with the growth. The rate of monthly layoffs hit a record low in May, as job openings notched a record high. Meanwhile, more employees voluntarily quit their jobs in April than ever previously recorded—a clear sign that they’re confident they can find better options.

On top of the tight labor market, the pandemic has led many people to reconsider the centrality of work in their lives and has loosened some ties to their employers. Surveys suggest roughly 40% of U.S. workers are open to switching jobs in the coming months.

“Workers, loosely defined, are having a field day because it’s their market right now,” says Kerry Sulkowicz, a psychoanalyst who coaches chief executives. To a significant extent, this is a really good development. Workers had lost leverage with employers over the past four decades, amid a sharp decline in union membership and an intense focus on shareholders at the expense of employees. The recent rise in wages, and workers’ increasing say in workplace practices, in many …read more