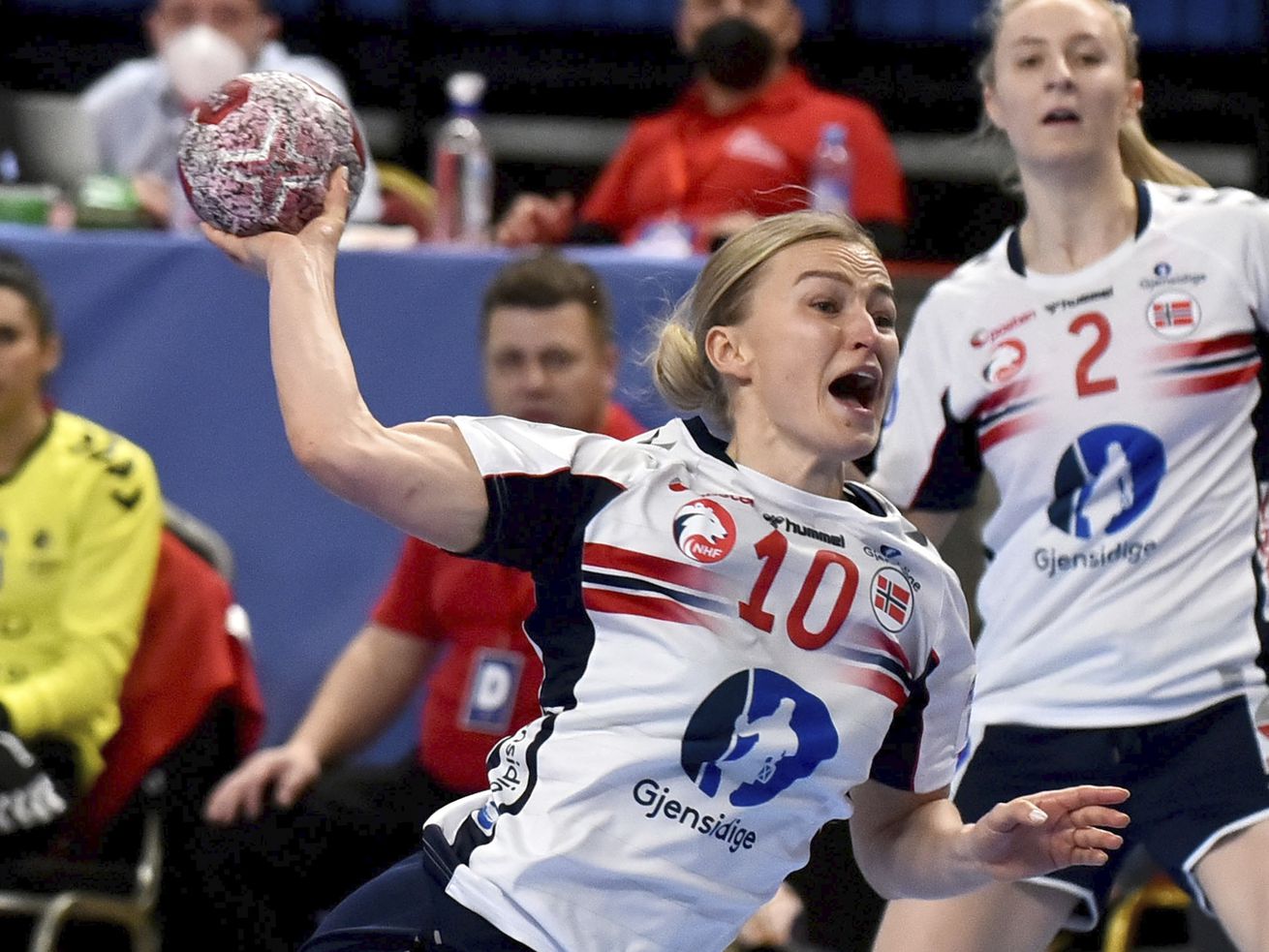 Norway’s Stine Bredal Oftedal tries to score during the women’s handball Olympic qualifying match between Norway and Romania in Podgorica, Montenegro, on March 20, 2021. The Norwegian team has challenged a rule that forces its players to wear bikini bottoms in competition. | Risto Bozovic, Associated Press

The team wanted to point out the double standard for women — and it seems to be working.

Over the weekend, the Norwegian women’s handball team decided to compete in its usual training uniforms. Now, each player has been fined $177 by the European Handball Association for violating international handball uniform requirements, reported The New York Times.

For female handball players, bikini bottoms are the required uniform.

This requirement has drawn strong criticism from Norway and strong backlash from many others online. The International Handball Federation — which sets uniform requirements — has not been able to provide an explanation, reported The New York Times.

What are the handball uniform regulations?

The International Handball Federation requires women to wear bikini bottoms “with a close fit and cut on an upward angle toward the top of the leg,” per The New York Times. The sides of the bikini bottoms must be no more than four inches wide.

However, men can wear shorts as long as four inches above the knee so long as the shorts are “not too baggy,” per The New York Times.