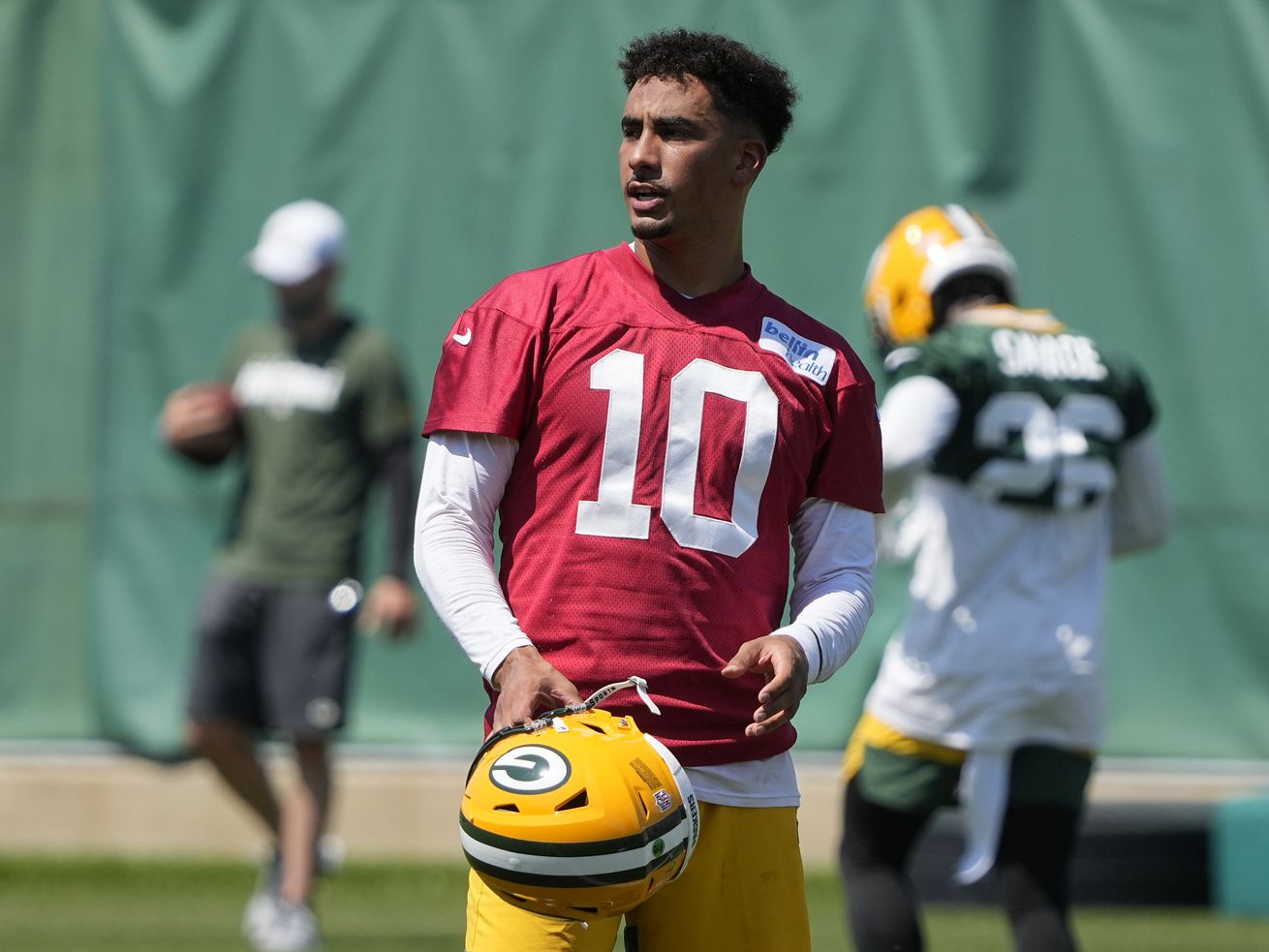 Green Bay Packers QB Jordan Love runs a drill during an NFL football minicamp Tuesday, June 8, 2021, in Green Bay, Wis. Aaron Rodgers’ absence from the Packers’ minicamp means more opportunities for Love, the 2020 first-round draft pick who now must prepare for the possibility he could open the season as a starting quarterback after not playing a single down his rookie year. | Morry Gash, Associated Press

For this week at least, Jordan Love was QB1 for the Green Bay Packers.

The former Utah State star took the majority of quarterback reps as the team held its mandatory minicamp Tuesday through Thursday, with reigning NFL MVP Aaron Rodgers holding out amid his frustrations with the organization and missing minicamp for the first time in his 16-year NFL career.

How Love performed in practice with the bulk of the quarterback reps dominated the headlines around a franchise that’s enjoyed consistency at the position over the past nearly three decades with Rodgers and Pro Football Hall of Famer Brett Favre.

How did Jordan Love look at minicamp?

ESPN’s Rob Demovsky gave an excellent breakdown of how Love looked during the three-day camp — Love had a bad first day, a solid Day 2, followed by a so-so final day.

“If it looked like Love was overwhelmed on Tuesday, when he struggled with accuracy and rarely threw the ball much beyond the line of scrimmage, then Wednesday was a 180,” Demovsky wrote. “He hit receivers in stride down the field and showed poise during a successful two-minute drill.”

No video allowed on 11-on-11, but here’s some Jordan Love (and a little of Blake Bortles at the end) in group drills. pic.twitter.com/ctlq24LMGZ

Here are the passing numbers Love put up …read more