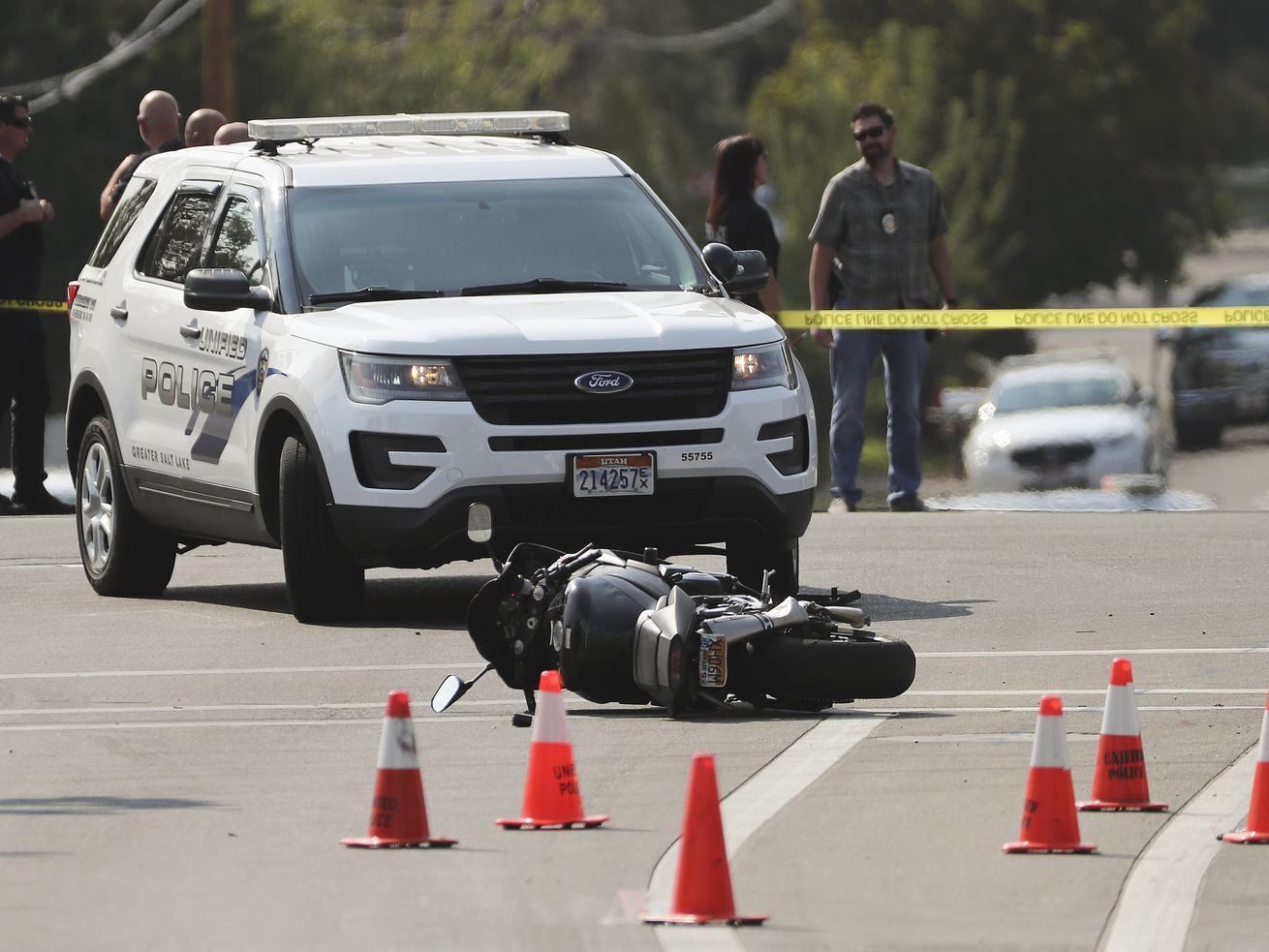 A motorcycle is pictured in the road a members of law enforcement investigate an officer-involved shooting at 4500 South and 2300 East in Holladay on Thursday, Sept. 17, 2020. | Jeffrey D. Allred, Deseret News

Salt Lake County’s top prosecutor says a Unified police officer was legally justified in shooting and injuring a man who had just fired at him with a gun the man had just taken from another officer.

But District Attorney Sim Gill said he wants to focus on the actions of that second officer, the first to encounter the suspect in September 2020.

Hudgens believed the man who ran away from him after a crash in Holladay was bluffing when he claimed to have a gun. So Hudgens holstered his own handgun and opted to use a Taser instead, Gill said Friday.

“This officer was doing everything right,” Gill said. “I think he made the right calls. He did the right things. And at that moment, he valued that person’s — suspect’s — life, and he put his (own) life in danger.”

Eric Wyatt Pectol, 50, had told a family member he wanted to take his own life, and determined that day he would die by police fire, he later told investigators. But Gill said the officers believed Pectol was a threat to more than just himself after he ran away from the intersection where his motorcycle collided with a pickup truck on Sept. 17, a crash that threw him onto the road.

Police body cameras did not capture the shooting or the rapid chain of events beforehand. One officer tried and failed to turn his device on, while another had recently started his shift and hadn’t yet picked up the camera, according to the district attorney’s report.

In announcing that he will not file …read more