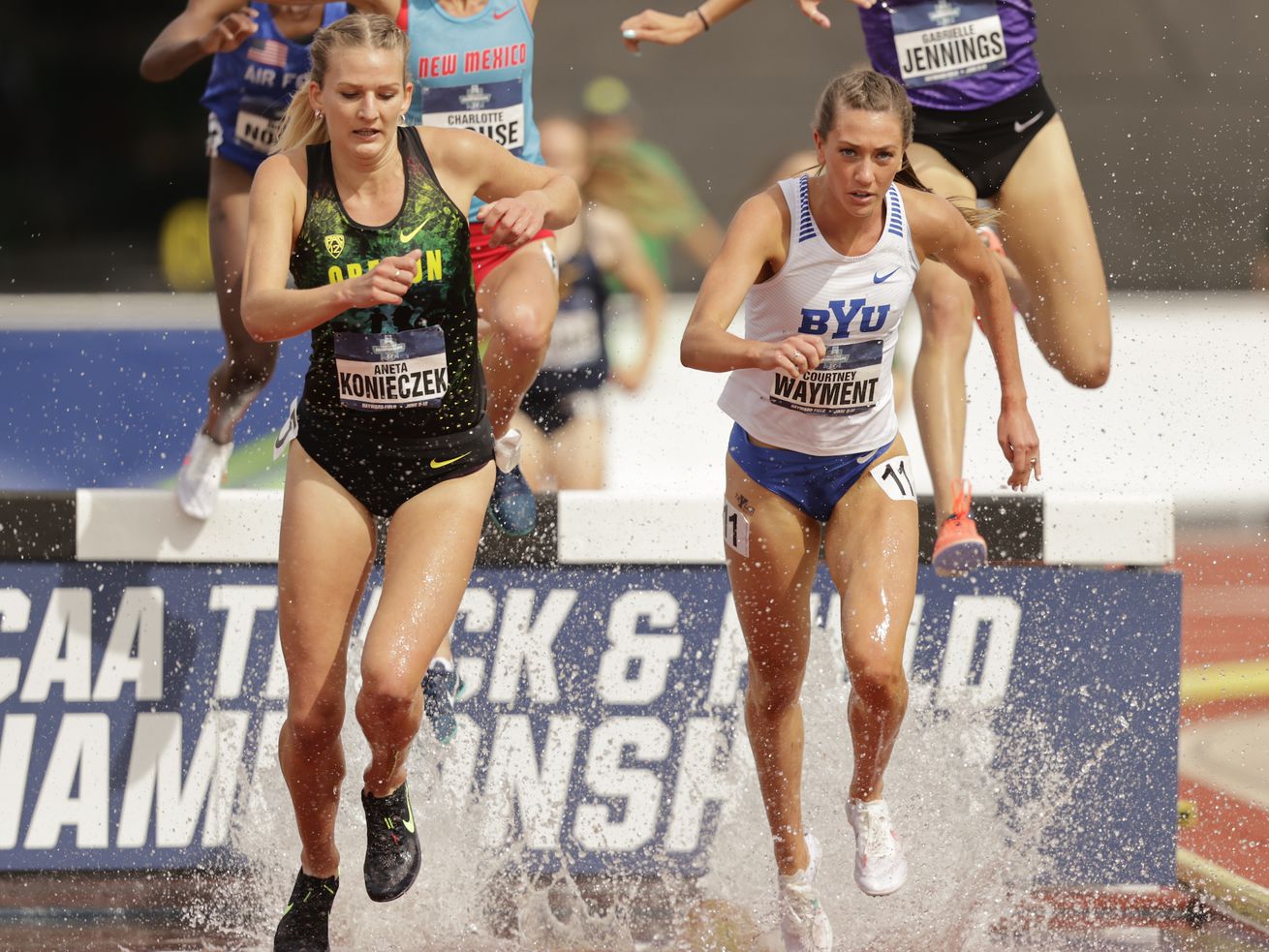 BYU’s Courtney Wayment competes in the steeplechase at the NCAA Track and Field Championships in Eugene, Oregon on Thursday, June 10, 2021. | BYU Photo

Anna Camp finished with the second-fastest time of the day in the 1,500-meter run, while teammate Whittni Orton had the 17th fastest time

On Day 1 of the Women’s NCAA Track and Field Championships Thursday in Eugene, Oregon, there were two big surprises for BYU — one of them good, one of them bad.

Anna Camp, a senior from Fillmore, Utah, who had only the 11th fastest time in the field, not only advanced to the finals of the 1,500-meter on Saturday, but she also produced the second fastest time of the day and set a school record of 4:09.22. She improved her personal best time by 2 ½ seconds and broke teammate Whittni Orton’s six-week-old school record of 4:09.31.

The bad news came in the second heat, which turned into a slow, tactical affair, making it more difficult for those runners to advance to the final based on time. Orton is normally aggressive, even to a fault sometimes, but on this day she was content to run in the pack rather than push the pace as she usually does. The race came down to a frenetic, late sprint and Orton finished sixth with a time of 4:14.99, the 17th fastest time of the day and some six seconds slower than her season best.

Orton, one of the finest runners ever to run for BYU, will compete in the finals of the 5,000-meter run Saturday night. She has easily the fastest time in the nation at that distance.

No one was surprised when BYU’s Courtney Wayment, the NCAA indoor 3,000-meter champion, produced the fastest time in the semifinals of the 3,000-meter …read more