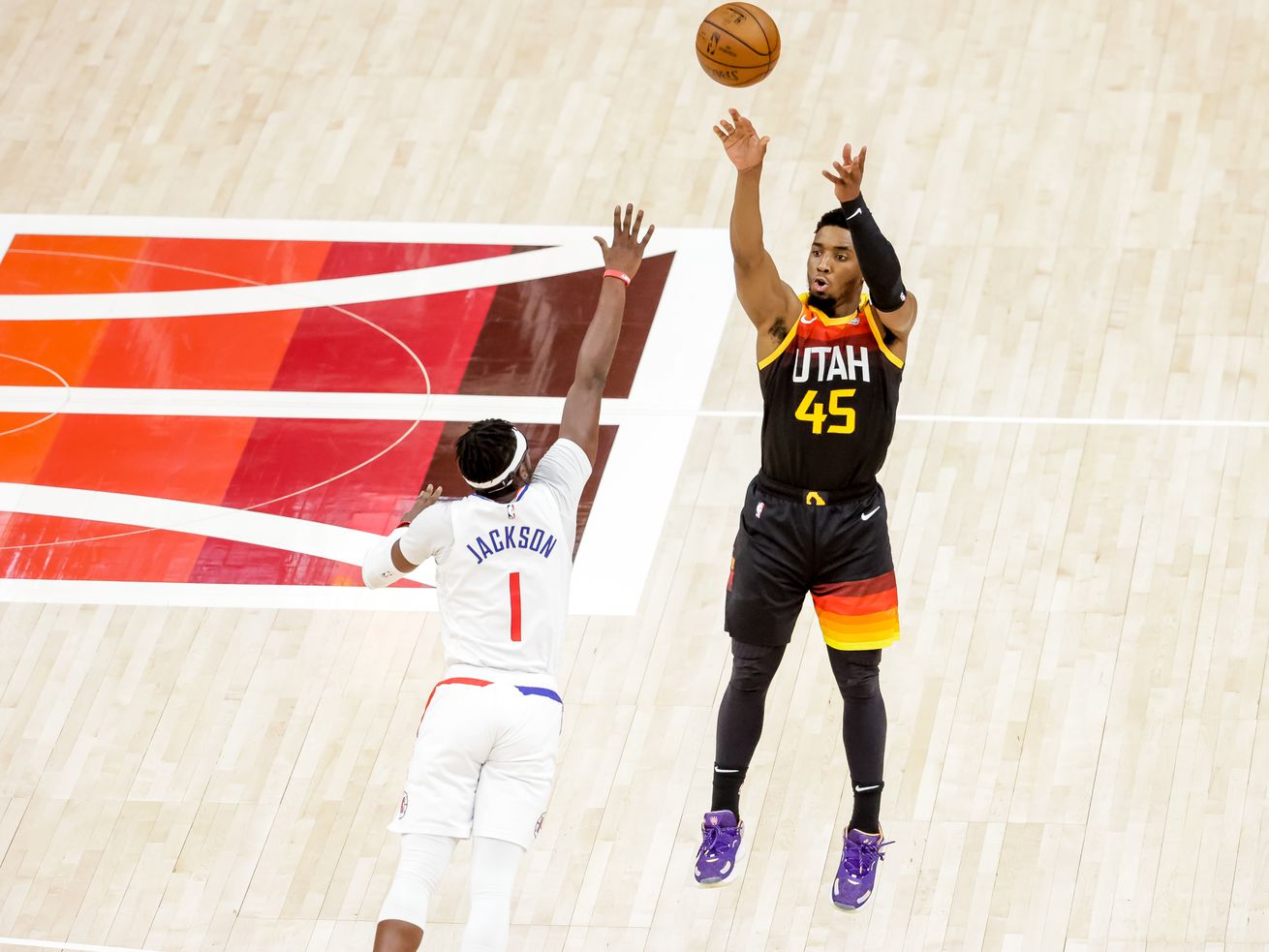 With his latest performance Thursday night for the Utah Jazz, a 37-point outing as the Jazz beat the LA Clippers 117-111 to go up 2-0 in their second-round playoff series, Mitchell is part of some of the most elite company in NBA history.

In scoring 27 points in the first half Thursday, Mitchell moved into a tie for fourth all-time with Iverson with eight halves of at least 25 points points in a playoff game. It was the second time he’d done it this series after he scored 32 in the second half of Game 1, and now the only players ahead of him in the statistic are James (20), Bryant (17) and Durant (10).

With 27 first half points in Game 2, @spidadmitchell has scored 25+ points 8 times in a half in his career in the playoffs. That is tied with Allen Iverson for 4th most in NBA PLAYOFF HISTORY!!!!
The other 3:

Mitchell is sixth in league history in points per game during the playoffs among players who have played a minimum of 25 such contests (he’s played in 29) with an average of 28.4. The only players he’s trailing? Jordan, Iverson, Durant, West and James.

In context here, the other five all have far more than 29 playoff games to their names, but he’s …read more