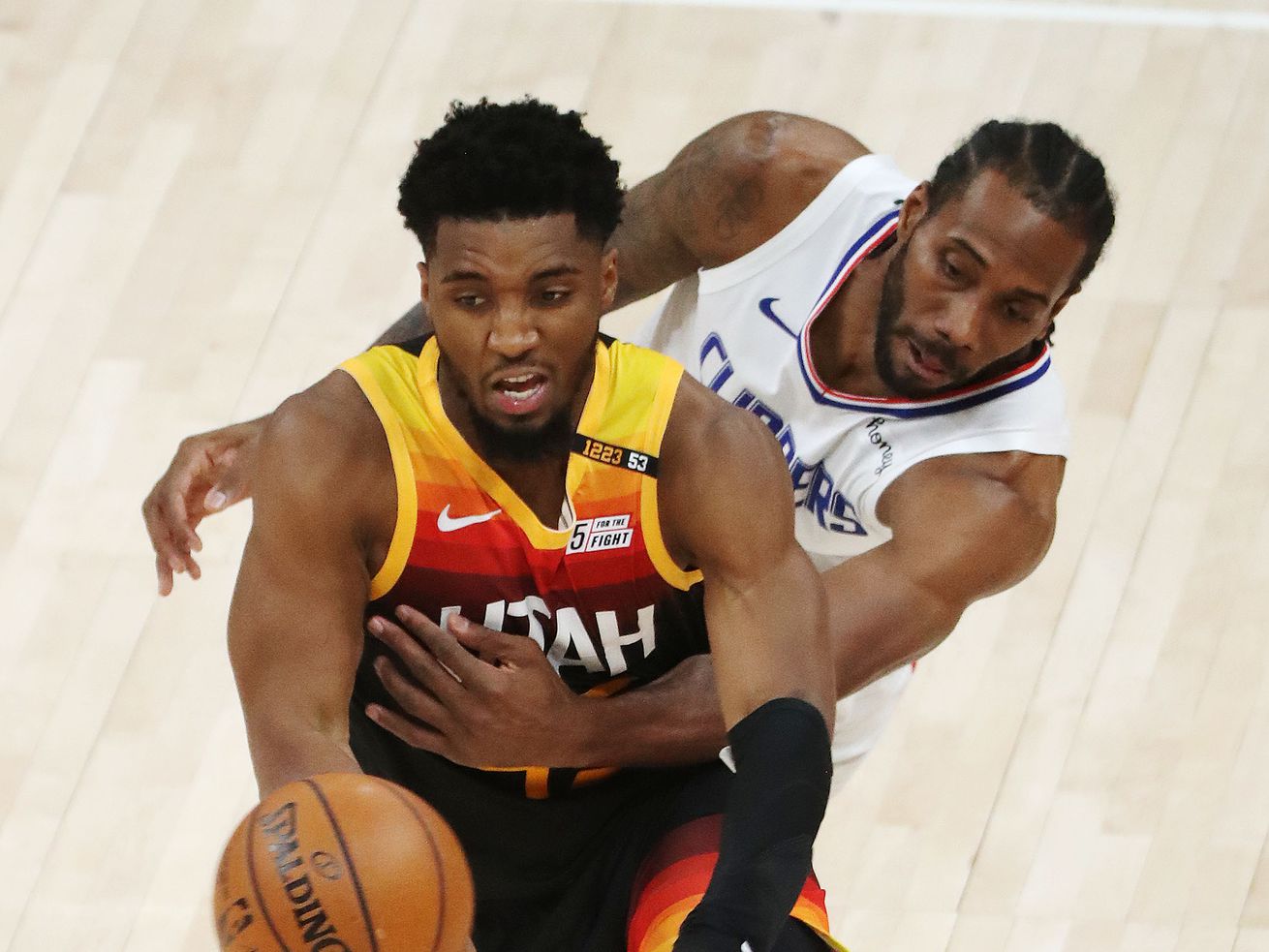 The Utah Jazz beat the Los Angeles Clippers, 117-111, to take a 2-0 series lead in the Western Conference Finals.

I know that it’s my job to use my words but it feels like I’m running out of ways to really capture how impactful Rudy Gobert is. My handwritten notes taken during the game are full of things like, “Rudy’s footwork defending multiple people in the paint on one possession is so impressive…Rudy dominant again…Rudy! Rudy! Rudy!” He just continues to prove why he has deserved every one of his three Defensive Player of the Year awards. He finished the game with 13 points, 20 rebounds, three blocks, two steals and was a +14 when he only took five shots. Incredible stuff.
Donovan Mitchell scored a game-high 37 points and it wasn’t even like he had a great game. That’s what is so impressive about Mitchell and what Jazz fans should be looking forward to. This isn’t Mitchell at his best. He had a lackluster first half in Game 1, made a lot of offensive mistakes in Game 2 and has still led this series in scoring. His best is yet to come.

“He’s just been an All-Star, All-NBA guy, really like an MVP for us. Hats off to that guy, man. He’s worked really hard to get back on this court as well with his ankle stuff and everything. He was great.” — Jordan Clarkson on Donovan Mitchell

When the game was on …read more