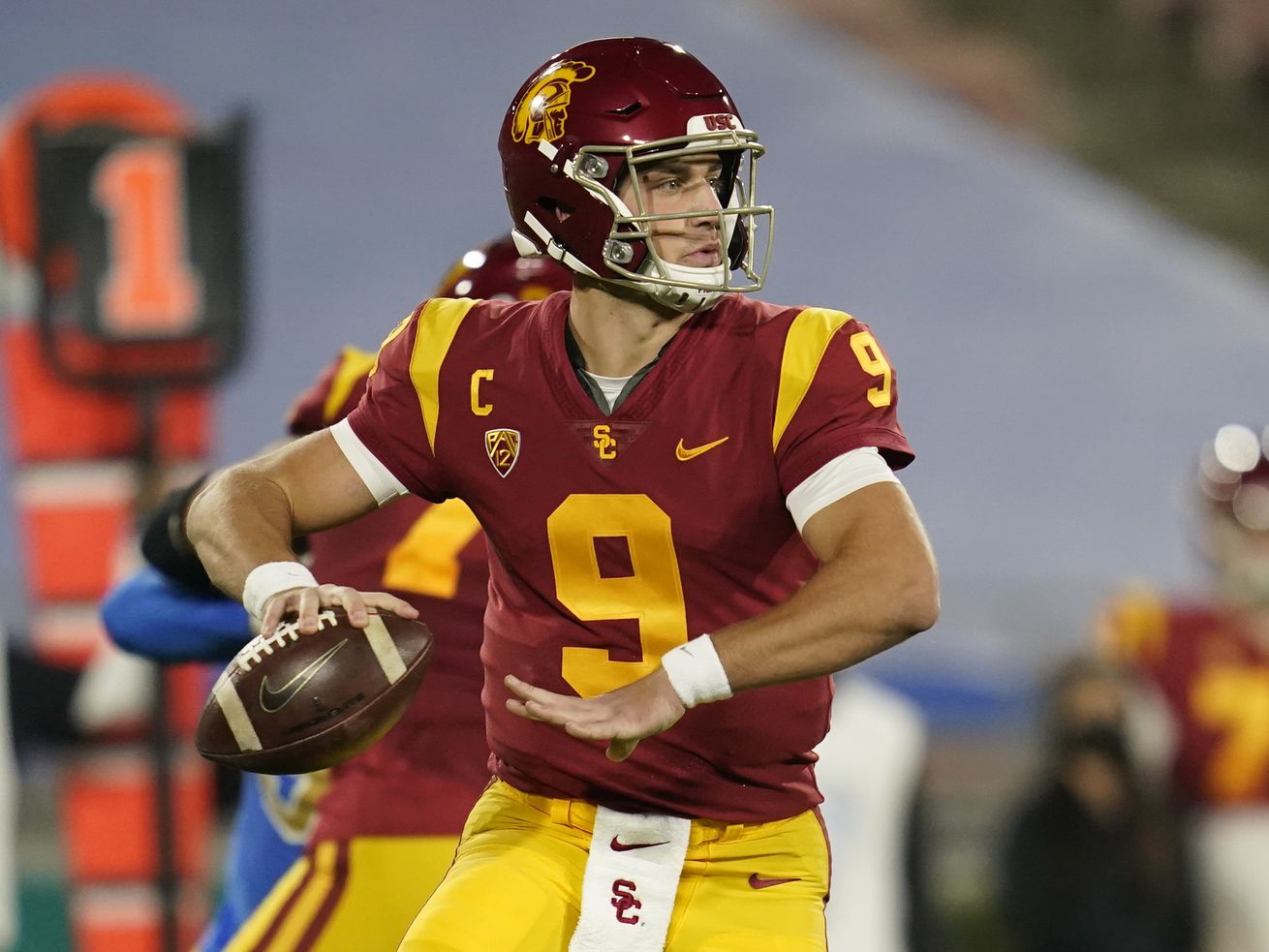 USC QB Kedon Slovis is a weapon, but can Trojans keep him safe in the pocket?

Editor’s note: Ninth in a series of stories examining the 12 football programs in the Pac-12.

Once again, the pressure’s on USC coach Clay Helton.

The Trojans fan base is restless and wants a championship. Not just a Pac-12 South title, like last season, but a Pac-12 title.

USC has one of the country’s top quarterbacks in Kedon Slovis and he has a stable of talented receivers to throw to; however, the Trojans are looking for better protection from the offensive line.

Left tackle Alijah Vera-Tucker was a first-round NFL draft pick and USC is searching for his replacement among Casey Collier and Courtland Ford. The key for the offense will be the O-line’s ability to give Slovis enough time in the pocket to get the ball to his playmakers.

Offensive coordinator Graham Harrell has established his “Air Raid” offense but it also needs a reliable running back.

Word on the street

“Who NEEDS to win the Pac-12 South? That’s easy, USC. The pressure is on Clay Helton to do more than just lead the Trojans to the conference championship game, which they lost last season to an Oregon team that wasn’t even supposed to be in the game. Talent is not an issue for USC, on either side of the ball. But as Helton’s tenuous job security shows, …read more