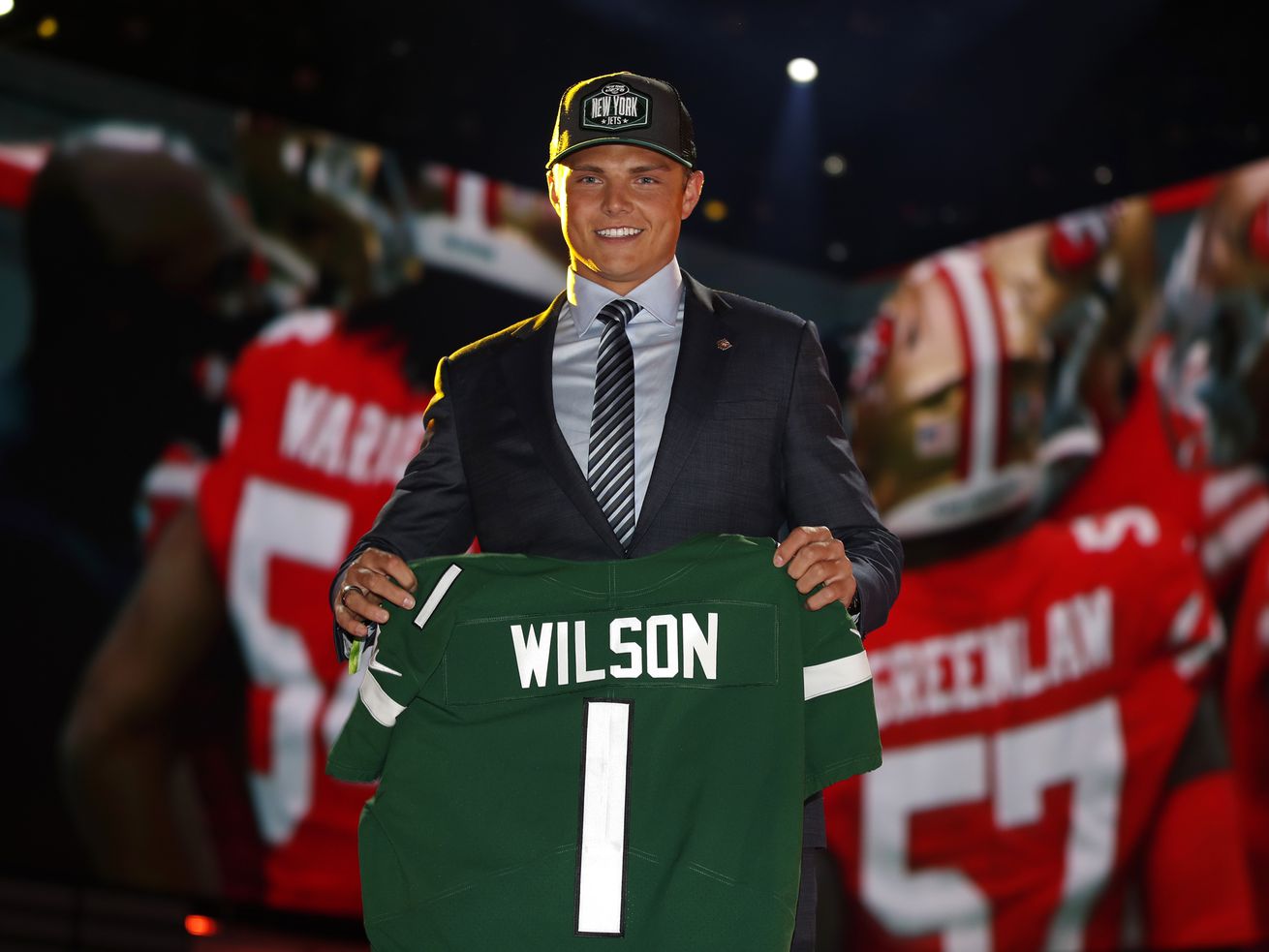 BYU quarterback Zach Wilson holds a New York Jets jersey after being selected second overall by the team in the first round of the NFL draft, Thursday, April 29, 2021, in Cleveland. | Jeff Haynes/AP Images for Panini

Kalani Sitake is on a run.

And while he’s running, he might as well seize the moment to keep the momentum rolling, including the most successful NFL draft by his program in 20 years.

At the draft’s opening night in Cleveland last Thursday night, it was a gala, a made-for TV sporting sideshow complete with music, Armani suits and walkways to the camera. Behind the stage in a green room, three BYU coaches including Sitake, pass game coordinator Fesi Sitake and offensive coordinator Aaron Roderick were huddled with Zach Wilson and his family waiting for the moment of the highest draft pick in school history to be announced.

Fesi, who was the first college coach to make an offer to Wilson when at Weber State, didn’t think it was too early to use that moment to recruit. He pulled out his cellphone and fired off some texts and called a few prospects.

“I was able to reach out to a couple of guys and let them know that one day, they too would be able to chase their dreams and play at the next level. It was cool, it really was.”

In Wilson, the No. 2 overall pick was a program …read more