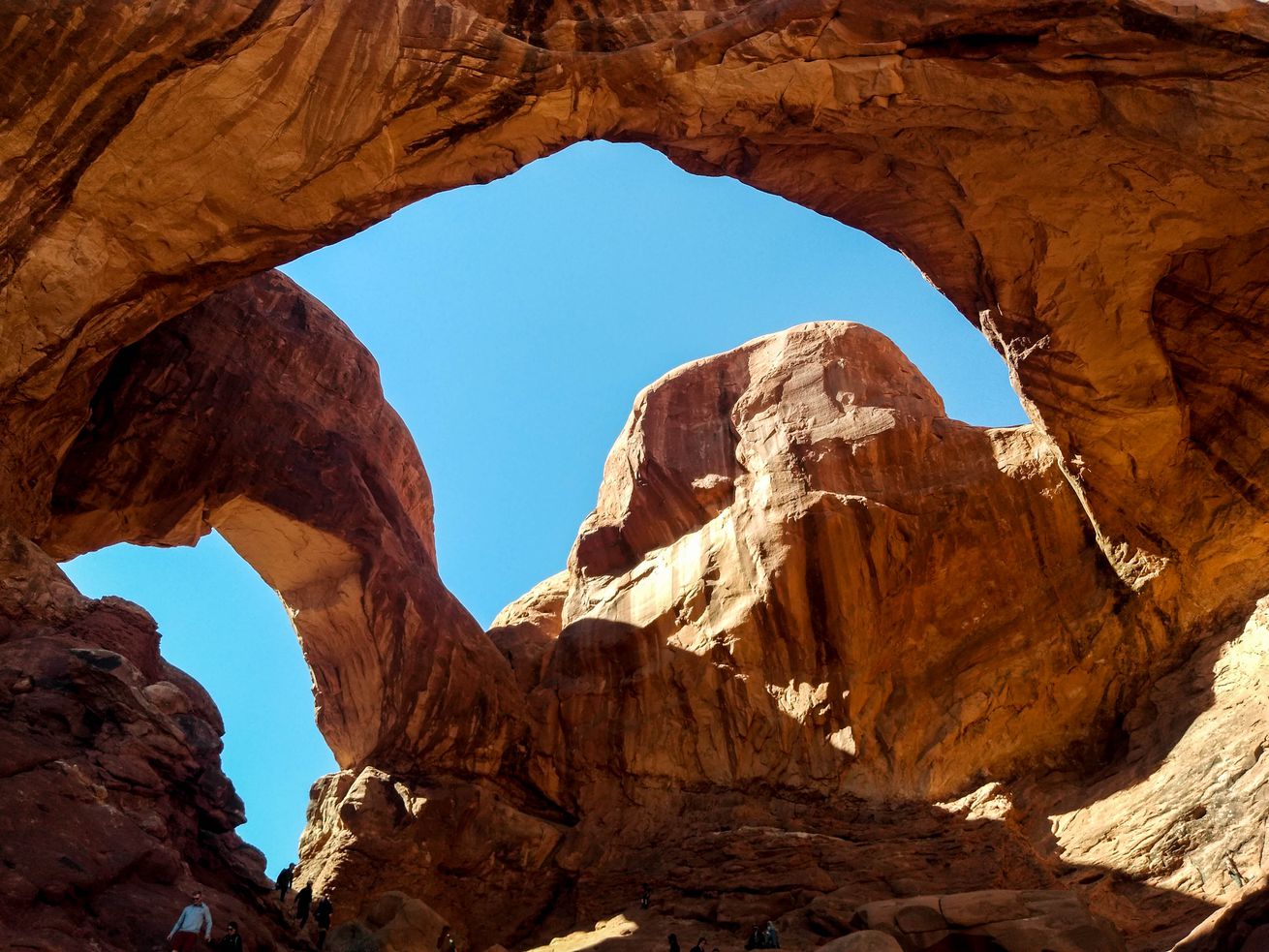 Arches National Park is pictured on Saturday, April 17, 2021. The iconic image is known throughout the nation. Not known is what will become of Utah’s political landscape. | Annie Barker, Deseret News

It was a chorus of boos that put Utah on the national radar this weekend — boos that filled the Maverik Center in West Valley City when Sen. Mitt Romney took the stage in front of nearly 2,000 Republican delegates.

Some delegates, despite the boos, stood and applauded the Utah senator who voted to impeach former President Donald Trump. But the deafening boos persisted beyond that applause, and only quieted down after outgoing Utah GOP Chairman Derek Brown took the microphone and told his fellow Republicans:

“This is the moment I was talking about. Please. Thank you. Show respect.”

Brown gave the microphone back over to Romney, followed by applause and cheers, and to a lesser degree, still some boos.

The “moment,” Brown referred to, was from his speech to delegates earlier that morning, urging Republicans to focus on unity and expanding the “big tent” of the Utah Republican Party so that it will remain strong for generations to come, despite an emerging sea of blue in the West that could someday threaten Republicans’ stronghold in the state.

Even though the boos were loud — a moment that Deseret National Executive Editor Hal Boyd called an “embarrassment” — when put to a vote, a censure of Romney failed. It failed narrowly, 798 to 711, but it failed nonetheless.

The poignant moments from Saturday’s convention, whether it was the booing of Romney or his failed censure, illustrate how the ghost of former President Donald Trump’s presidency continues to divide Republicans, and how Utah’s GOP is trying to …read more