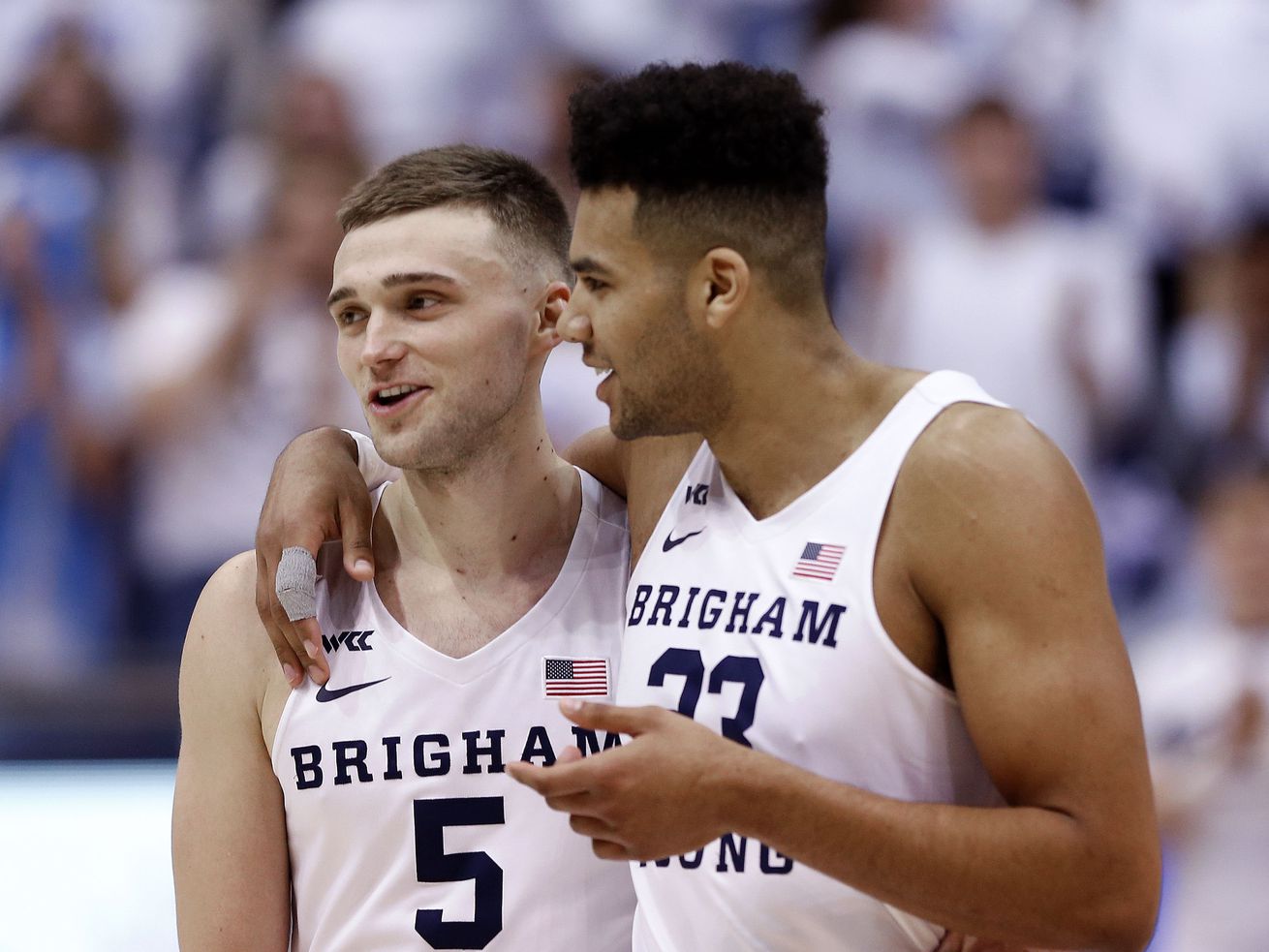 Forward Yoeli Childs has inked a deal with the Washington Wizards while guard Jake Toolson signed an Exhibit 10 contract with the Utah Jazz.

Childs, who participated in the NBA’s virtual combine, was hoping to be picked in last Wednesday’s NBA draft but went unselected.

No BYU basketball player has been drafted since Jimmer Fredette in 2011.

Childs, who returned to the Cougars twice during his career after declaring for the draft, finished as BYU’s all-time leading rebounder and No. 6 in scoring. He also became the only Cougar player in school history with at least 2,000 points (2,031) and 1,000 rebounds (1,053).

As Childs told the Deseret News before the draft, “I feel blessed as a basketball player that I’ll have the option to play somewhere for a really long time. My dream and my passion has always been to play in the NBA. I don’t play basketball to make money. I don’t play for that kind of stuff. That’s something that comes with the game. But I play it because it’s what I love and playing in the NBA is my dream. I’m definitely going to keep giving it shot after shot no matter what happens and then do what I can to get in that league and stick in that league.”

Toolson averaged 15.2 points, 4.8 rebounds and 3.9 assists and shot 47% from 3-point range last season for BYU as a senior grad transfer.

An Exhibit 10 contract is a one-year deal for the NBA’s minimum salary. If an Exhibit 10 player is waived during training camp, …read more