High school football: Sky View seeks a 4A repeat on Saturday, but stout Pine View optimistic this is finally its year

High school football: Sky View seeks a 4A repeat on Saturday, but stout Pine View optimistic this is finally its year 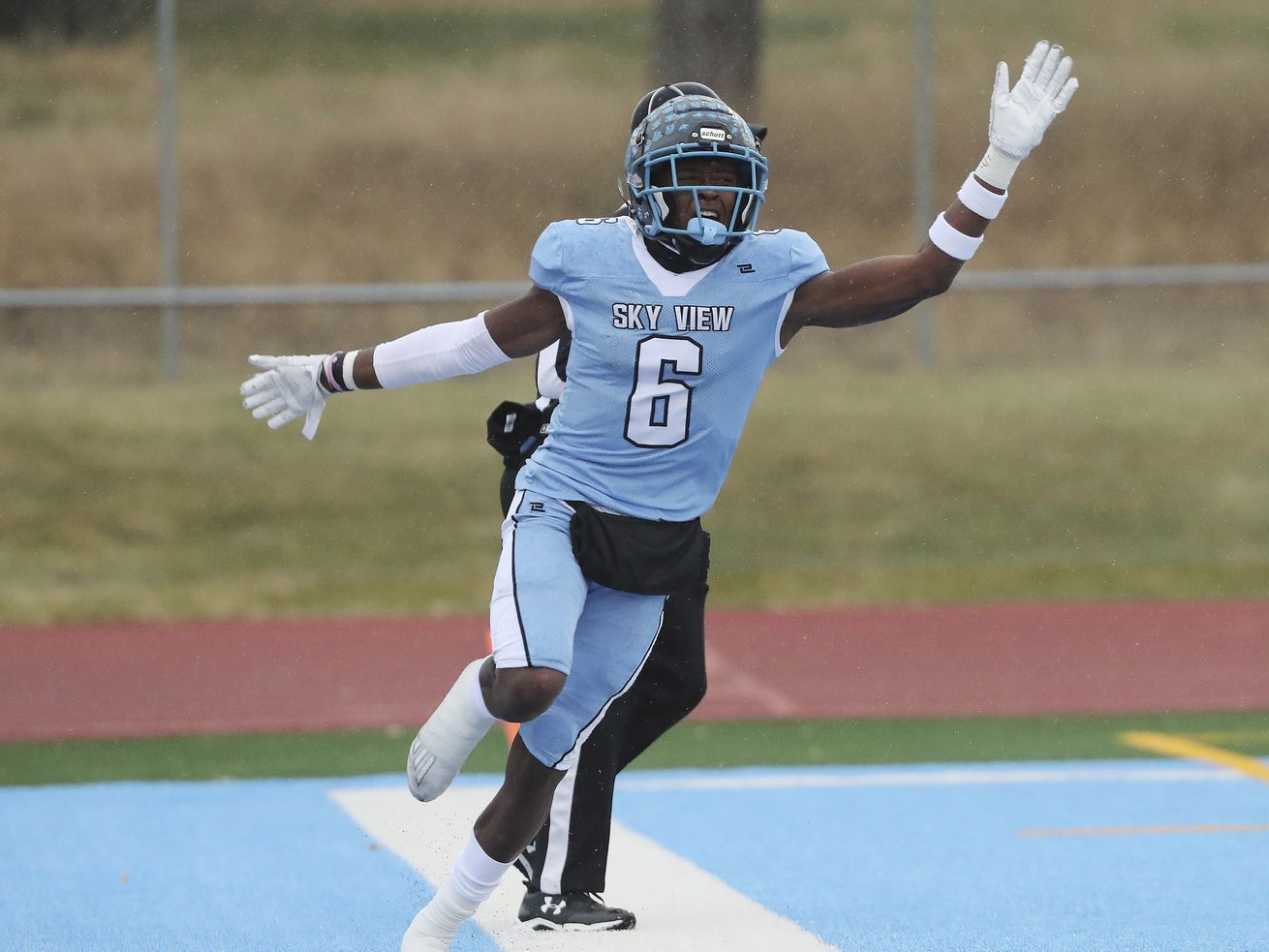 A year ago, Sky View’s football team lifted a state championship trophy for the first time in the 56-year history of the school.

It’s a storyline Pine View hopes to copy this Saturday, which would end numerous years of heartache.

Pine View’s football team is 0-6 in state title games since the school opened 38 years ago. Coming off a resounding semifinal win over region foe Snow Canyon last week, the Panthers hope the seventh time is the charm.

To win that elusive title, Pine View will have to knock off defending state champion and undefeated Sky View when the teams square off at Dixie State at 2 p.m. on Saturday.

It’s a long way for the northern-most team in Utah to travel for a game, but Sky View coach Chris Howell said that isn’t a concern — especially with the nice weather expected.

“With the way COVID is going and the fact we weren’t even sure we were going to get a season, we’re just super happy to still be playing football. We don’t care where we play it,” said Howell.

While Sky View is back in the title game for a second straight season, Pine View is making its first appearance in the state championship since 2016.

A big reason why is Pine View’s commitment defensively. Intentionally or not, it has been very average defensively the past few years and often won by outscoring teams. The 2020 season started out that way as well, but in the past month Pine View has been lights out defensively, only allowing 24 total points of the past four games.