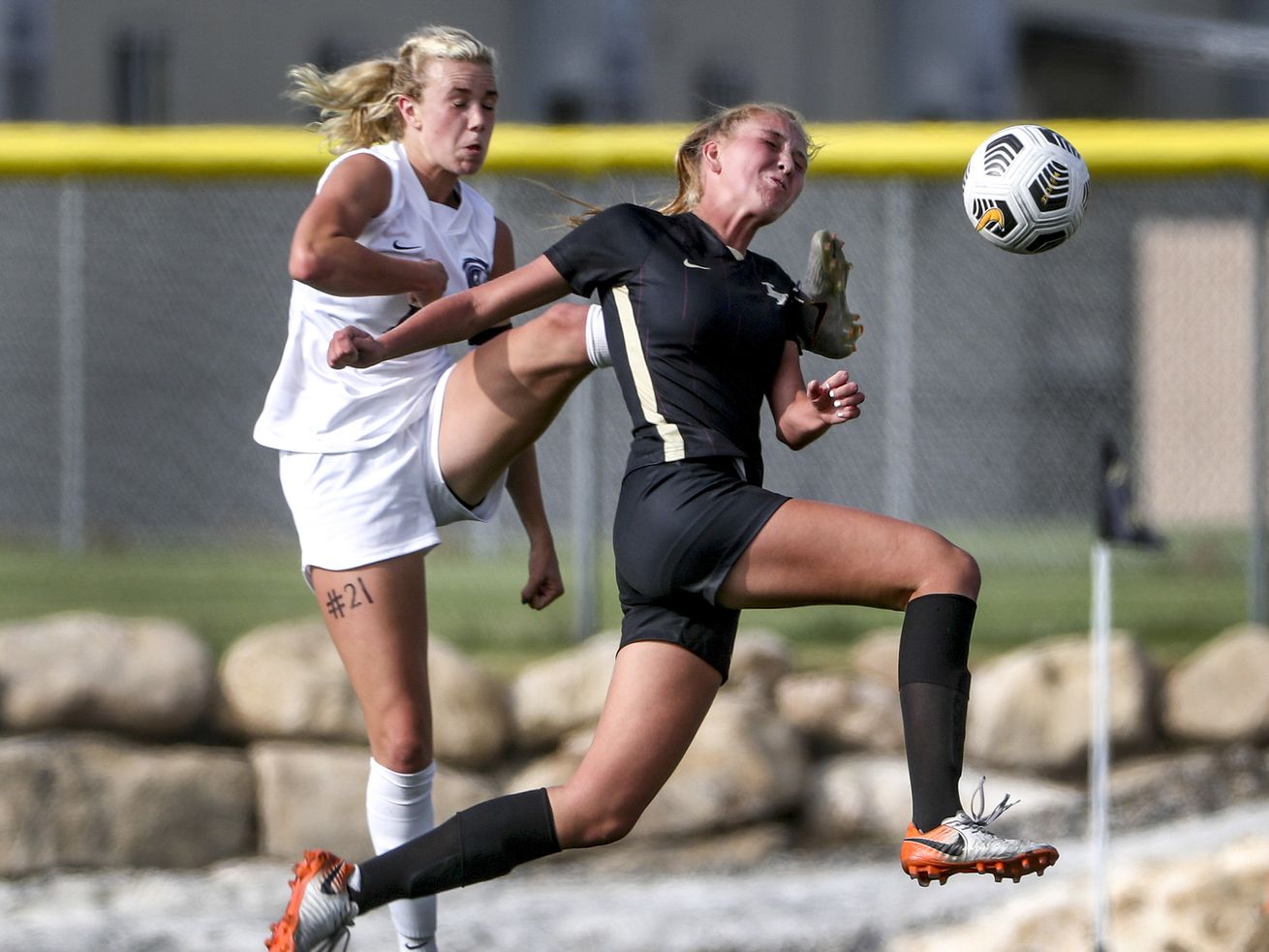 In the second half, the Knights turned it on, scoring five goals to come away with a decisive 5-1 win against Corner Canyon.

“Just the effort the girls put in. We were just kind of a little reactive in the first half and a little slow to move off the ball,” Lone Peak head coach Shantel Jolley said of the second half change.

“It was just a couple little changes, a little bit more effort, and it went a long way, made a difference.”

“They did a lot better. Taking a couple of less dribbles, couple of touches to getting the ball off their foot quicker, just made a world of difference,” Jolley said.

Six minutes into the second half, Tatum Frazier scored on a free kick to give the Knights their first goal of the game.

“I think there’s a little bit more confidence back in them. Once you kind of see one and you kind of tie the game up, it gets a little bit of momentum and kind of belief that we’re kind of still in this and we’ve still got a shot,” Jolley said.

“Our region is super tough, so every win is a good win and it’s a big deal because every game can go either way in our region.” — Lone Peak coach Shantel Jolley