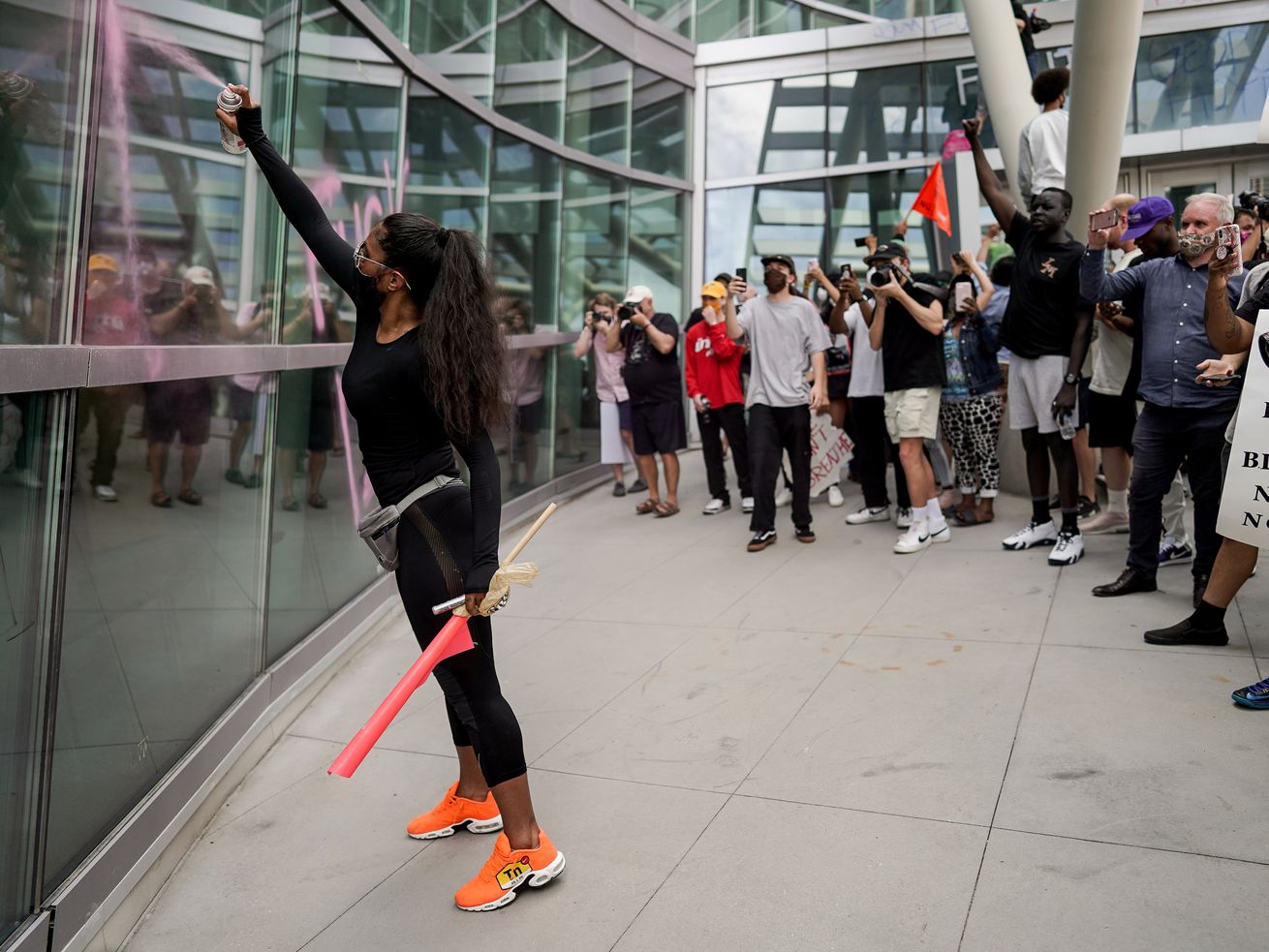 A woman spray-paints the windows of the Salt Lake Public Safety Building as people protest in Salt Lake City on Saturday, May 30, 2020 in the wake of the death of George Floyd, who died in police custody in Minneapolis. | Spenser Heaps, Deseret News

SALT LAKE CITY — Some Utah sheriffs are urging state lawmakers to follow other states in moving to strengthen penalties for protesters who break laws.

Their request comes amid a wave of opposition to racial injustice that has sparked protests nationwide, including some that have ended in clashes with police or damage to public property.

No proposal has been drafted, but a state legislative panel signaled early support for tougher punishments, voting unanimously to open a bill file and study the issue ahead of the 2021 Legislature.

Supporters of such a measure say it would help protect first responders from harm and penalize the few who seize on protests as an opportunity to commit crimes. Critics say the effort deflects attention from unjust policing and may infringe on the First Amendment.

At protests in Utah in recent months, Weber County Sheriff Ryan Arbon and his colleagues have observed “people that were truly there to protest peaceably, carry their signs, get their message out,” Arbon told the panel. But others dubbed “lone wolves” sought to take advantage of the opportunity and carry out crimes, he said.

Arbon said he and several of his counterparts in Utah believe the state should adopt measures like a new Tennessee law.