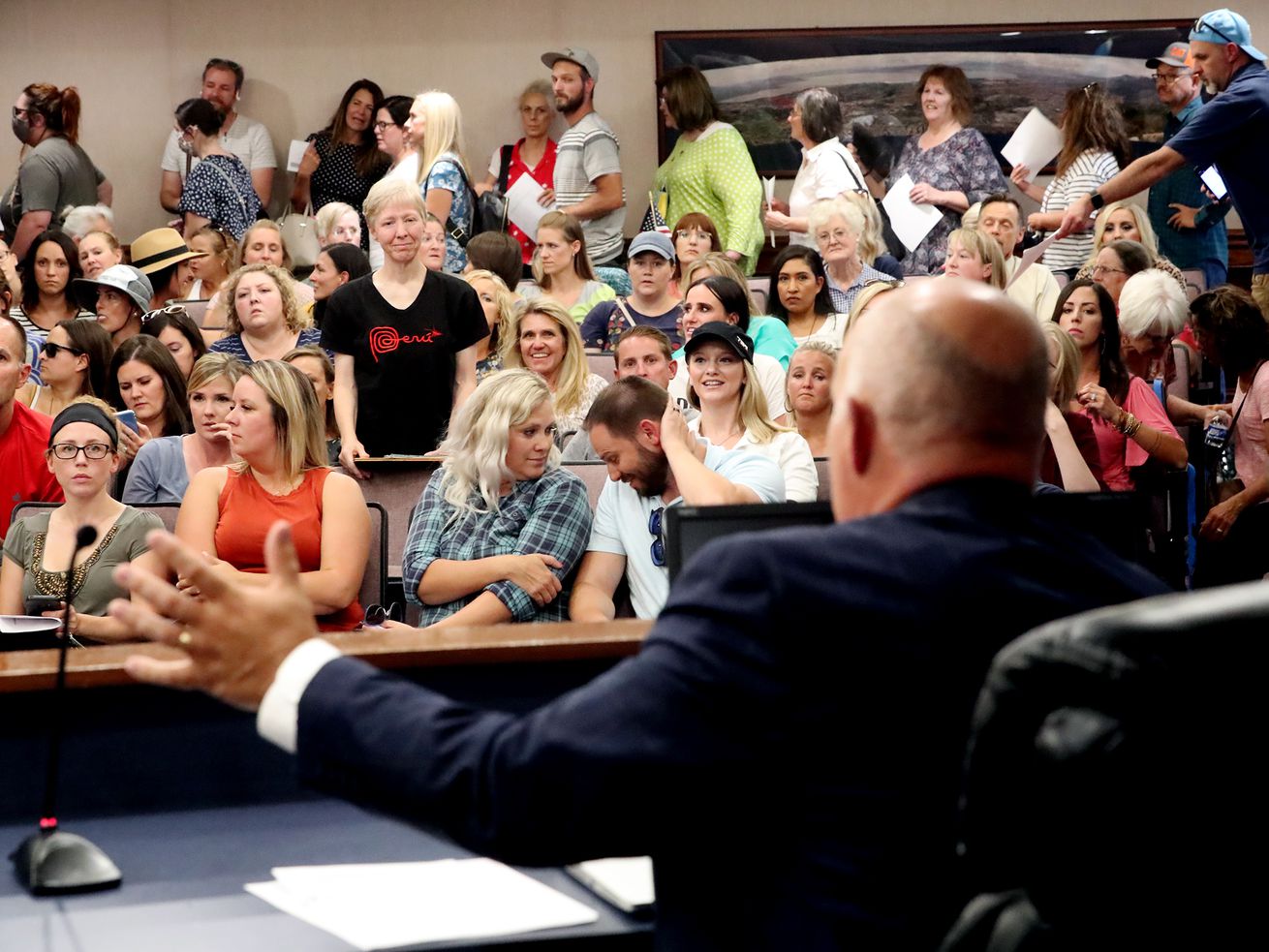 Utah County residents pack into the Utah County Commision chambers in Provo on Wednesday, July 15, 2020 in Provo, to voice their opinions on state mandate that students in grades K-12 wear masks in schools. The commission was scheduled to vote on a letter asking Ralph Clegg, executive director of the Utah County Health Department, to give Utah County “compassionate exemptions” to Gov. Gary Herbert’s mandate. However, the meeting was cut short after Tanner Ainge, the commission’s chairman, made a motion to continue the meeting at a later date, saying it violated several public health directives issued by the state and county. The motion to reschedule passed 2-1, bringing boos from protesters. | Scott G Winterton, Deseret News

PROVO — The Utah County Commission will no longer consider a letter requesting that the county health department ask the governor to grant the county exemptions to the statewide public K-12 school mask mandate after a new state order seemingly addressed all concerns.

The commission was set to consider the letter written by Commissioner Bill Lee to Health Department Director Ralph Clegg asking that he request Republican Gov. Gary Herbert exempt the county from the one-size-fits-all mask mandate for public schools, the Daily Herald reported.

The letter was written after the commission received concerns from parents about the statewide order.

A July 15 meeting lasted just over a minute and drew people who crowded into a room without masks, delaying the meeting due to public health concerns and sparking widespread attention.

Lee later pulled the letter, which was an agenda item at the meeting, after a state public health order issued July 17 “clarified every single thing” he was asking for.

The order is effective until Dec. 31 and requires masks be worn by teachers, students and faculty in public school buildings and on buses, but …read more