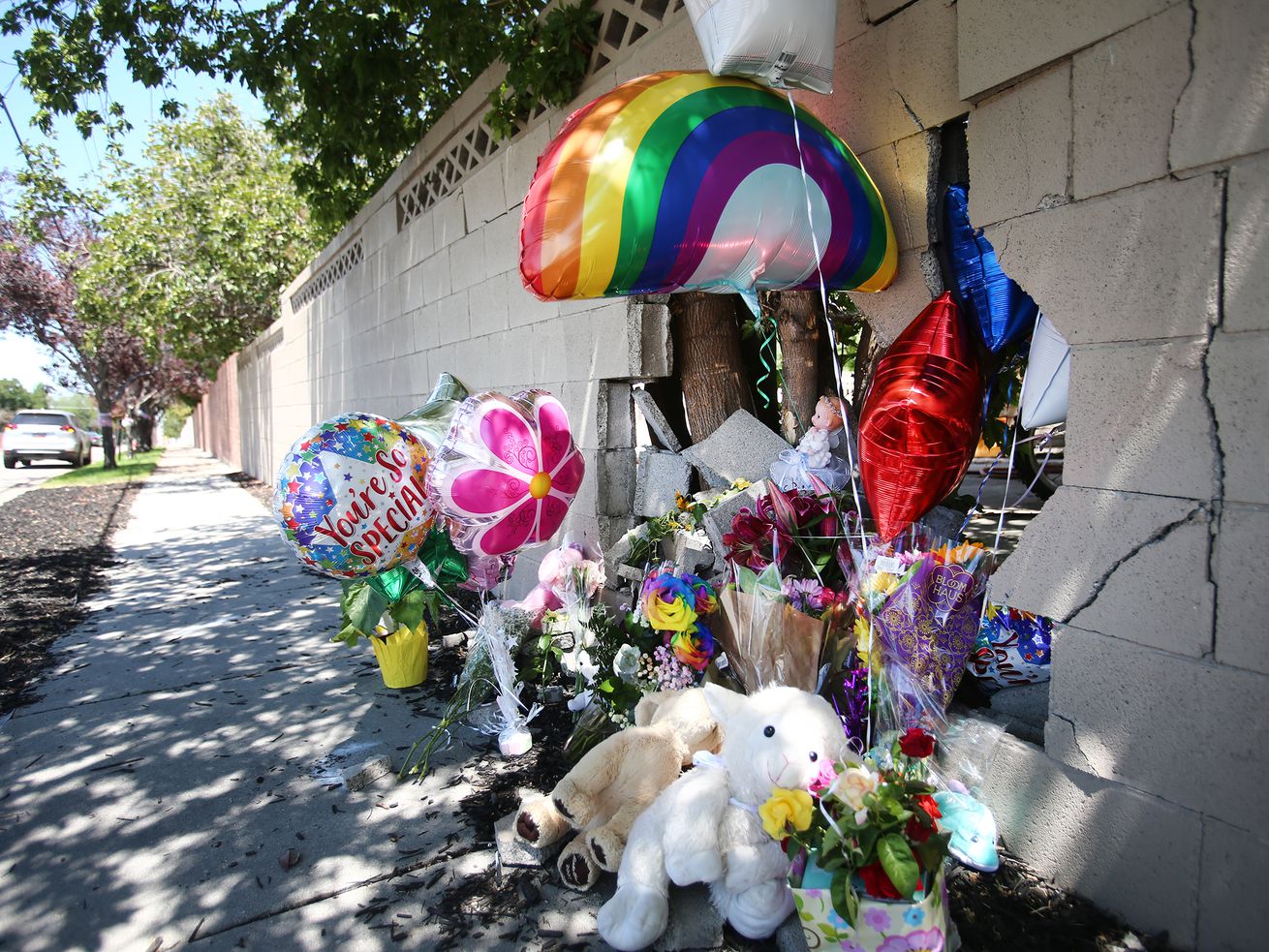 A small memorial has been placed at the scene of an accident in Taylorsville on Wednesday, July 29, 2020. An auto-pedestrian crash occurred Tuesday when a car stopped for a dog and was struck in the rear and pushed into a mother on the sidewalk pushing a stroller, killing a 2-year-old girl. | Scott G Winterton, Deseret News

TAYLORSVILLE — Investigators on Friday released the name of the toddler who was killed in an auto-pedestrian accident in Taylorsville earlier this week.

Hadley Marroquin, 22 months, was killed while riding in a stroller with her twin sister when a car was hit from behind and careened into them and their mother shortly before 3 p.m. Tuesday at 5095 S. 3200 West, according to Unified police.

The accident was caused a chain reaction that began when a dog ran in front of a sedan, according to security footage. The driver of the sedan slammed on the brakes and swerved slightly toward the pedestrians. Almost immediately, a pickup truck smashed into the sedan, sending it over the curb and onto the sidewalk where it pinned the mother and the stroller between the car and a cinderblock wall.

In addition to the GoFundMe campaign, Marroquin’s Latter-day Saint ward (Valley Park Second Ward) is also accepting donations for her through the fast offering program.

The accident is still under investigation by Unified police.