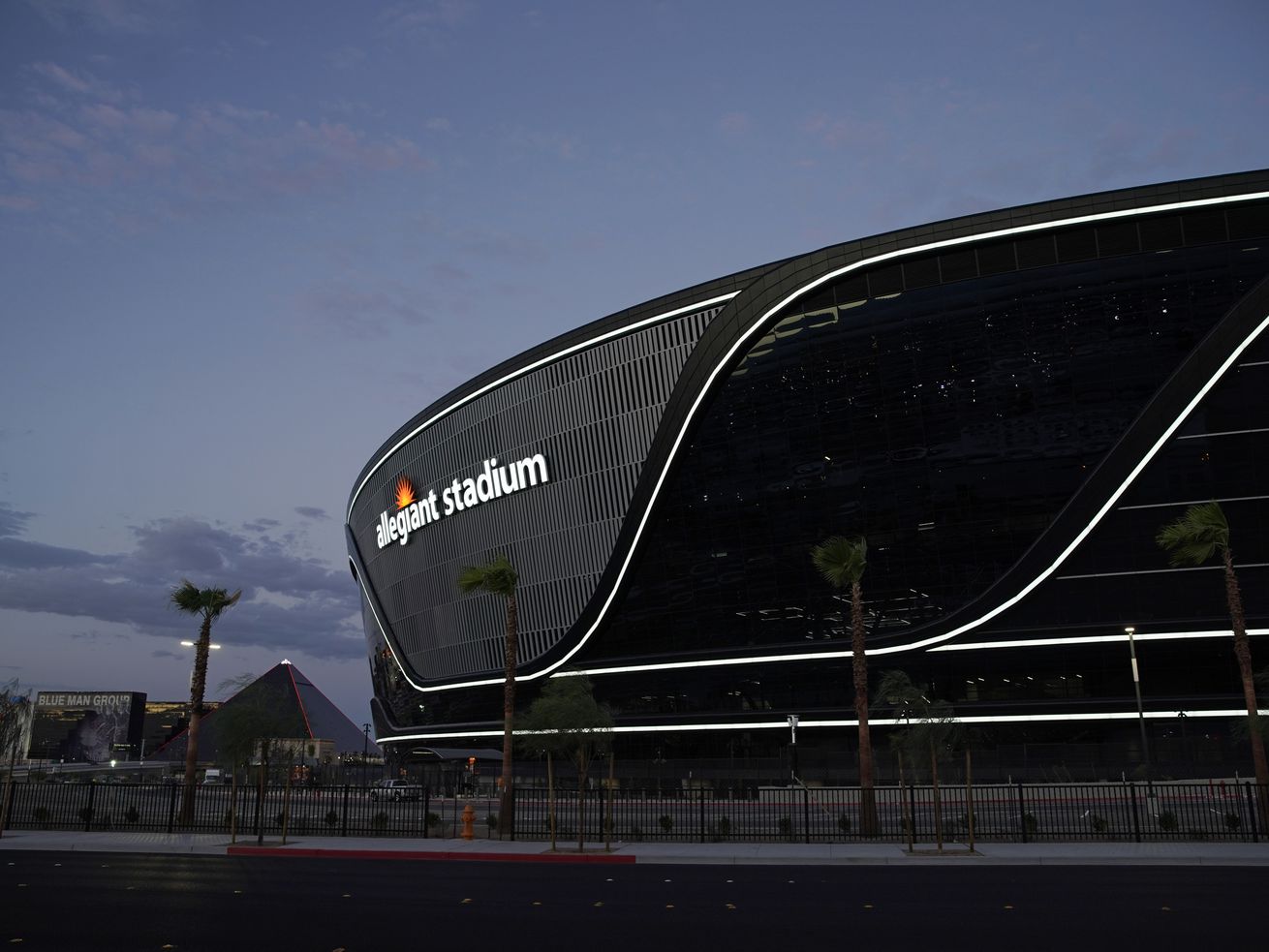 FILE: In this July 22, 2020, file photo, lights adorn Allegiant Stadium, new home of the Las Vegas Raiders football team, as it nears completion in Las Vegas. Officials in Nevada have declared “substantial completion” after nearly 1,000 days of construction of the $2 billion Allegiant Stadium in Las Vegas designed to be the home of the NFL’s relocated Raiders. | John Locher, AP

Friday has been the target date for completion since ground was broken in November 2017 for the 65,000-seat domed stadium just off the Las Vegas Strip.

“We still have to finish the job,” Raiders team owner Mark Davis told the Las Vegas Review-Journal . He referred to a “punch list” of items still to be done.

Finishing touches in coming weeks wouldn’t have prevented the stadium from hosting events, but officials acknowledge the coronavirus pandemic is affecting scheduling.

The first planned stadium event, a sold-out Garth Brooks concert, was rescheduled from Aug. 22 to Feb. 27 in a bid to prevent spread of the virus.

The first Raiders regular season game after moving from Oakland, California, is a scheduled Monday night matchup Sept. 21 against the New Orleans Saints.

The stadium also will host UNLV football, instead of aging Sam Boyd Stadium across town. The first Rebels game at Allegiant Stadium is scheduled Oct. 10 against Wyoming, although the school is trying to arrange an Aug. 29 game against TCU.

The Pac-12 Conference announced Friday that its football championship game scheduled Dec. 4 will not be played at Allegiant Stadium. The league said a two-year contract to play the title game at the venue will instead start in 2021.