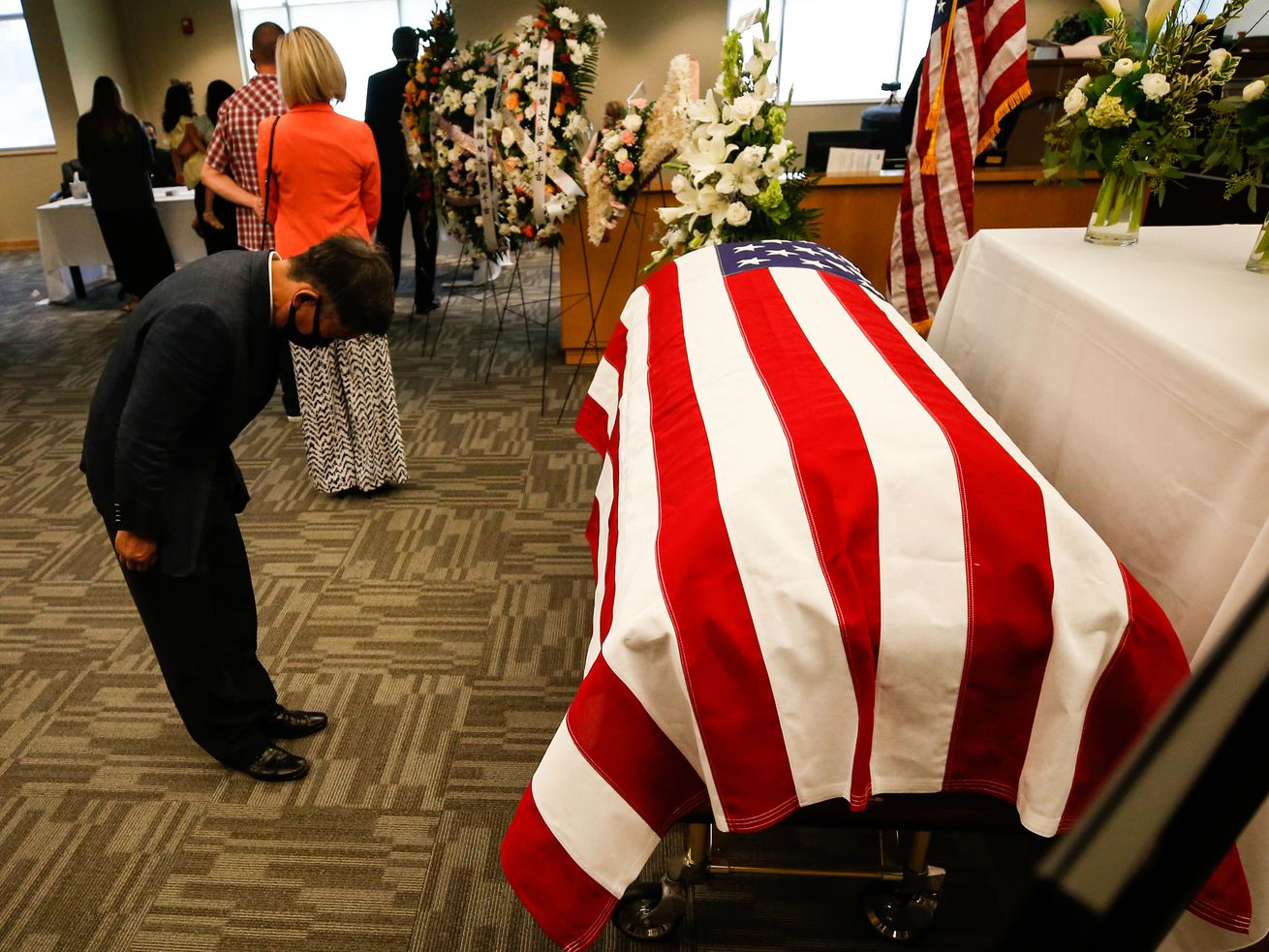 A man bows to the coffin to pay his last respects to longtime Taylorsville Justice Court Judge Michael Kwan on Friday. The judge’s body was lying in state at Taylorsville City Hall in Taylorsville. He died at his home earlier this week. A Taylorsville judge since 1998, Kwan founded one of the nation’s first drug courts there. The model prioritizes rehabilitation over penalties and has been widely adopted across the country. Colleagues recalled him as a compassionate, good-natured public servant who prized justice and worked to make his community better.