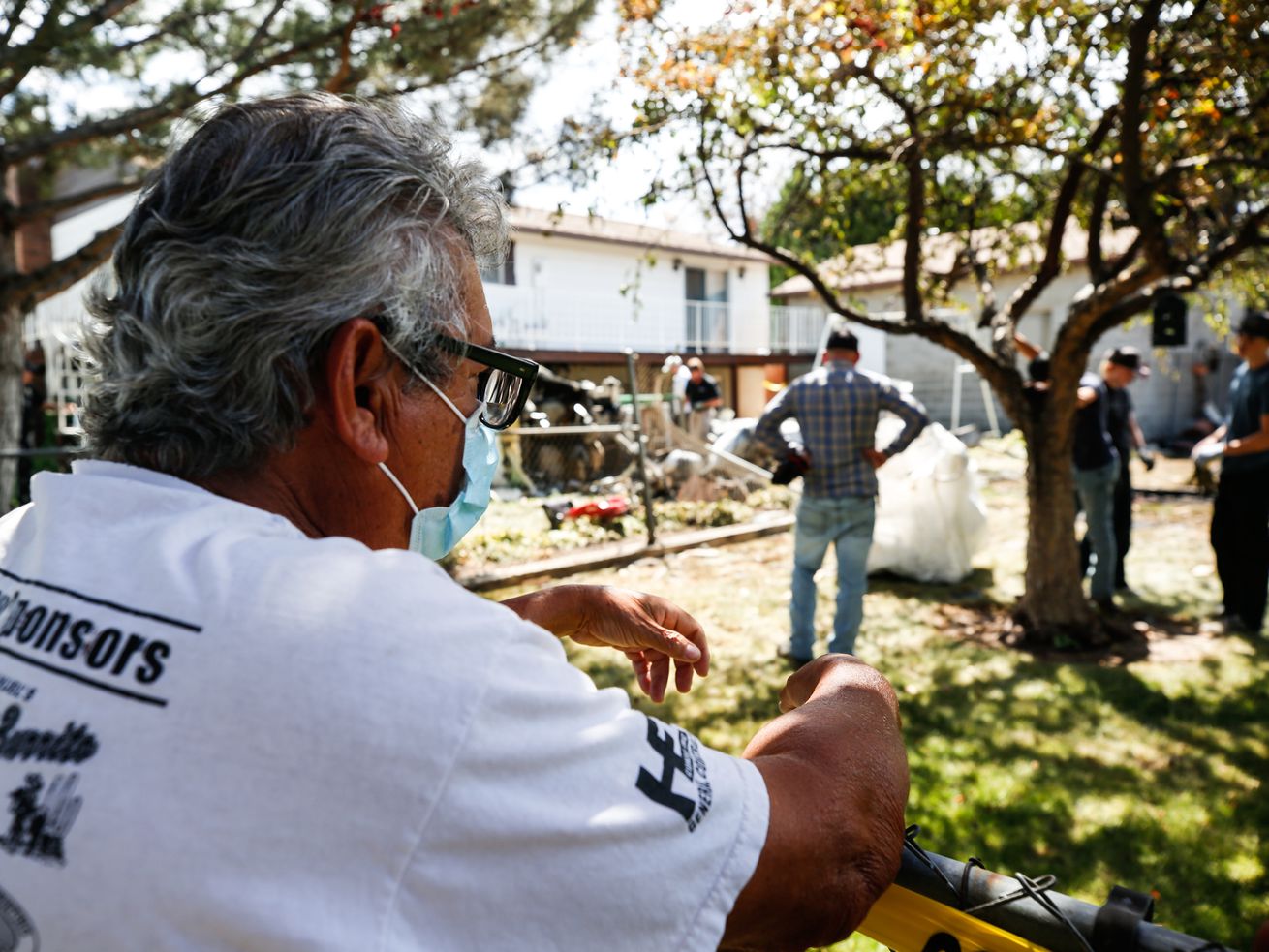 Joe Murillo looks as crews clear debris on Sunday, July 26, 2020, that remains from a plane crash that killed his sister and damaged her West Jordan home. Family members confirmed Monday that Mary Quintana, 72, who had been hospitalized in critical condition with third-degree burns over half of her body, has died. | Yukai Peng, Deseret News

WEST JORDAN — A fourth person has died as result of a plane crashing into a house in West Jordan over the weekend.

Mary Quintana, 72, who had been hospitalized in critical condition with third-degree burns over half of her body, has passed away, a family member confirmed Monday.

Quintana was sitting on the outside deck of her home on Saturday when a Piper PA-32 crashed into the backyard at 3847 Piccadilly Circle (8710 South), setting Quintana’s house on fire.

Amazingly, Veda Sheperd, 12, who is Shibonis’ daughter, walked away from the crash. She was later treated at a local hospital and was released the same day.

Quintana’s family members had been holding out hope that she would pull through.

The plane took off from South Valley Regional Airport in West Jordan and was headed to Page, Arizona, said Allen Kenitzer, FAA spokesman. The FAA, which is investigating the crash along with the National Transportation Safety Board, has not yet released information about what caused it.