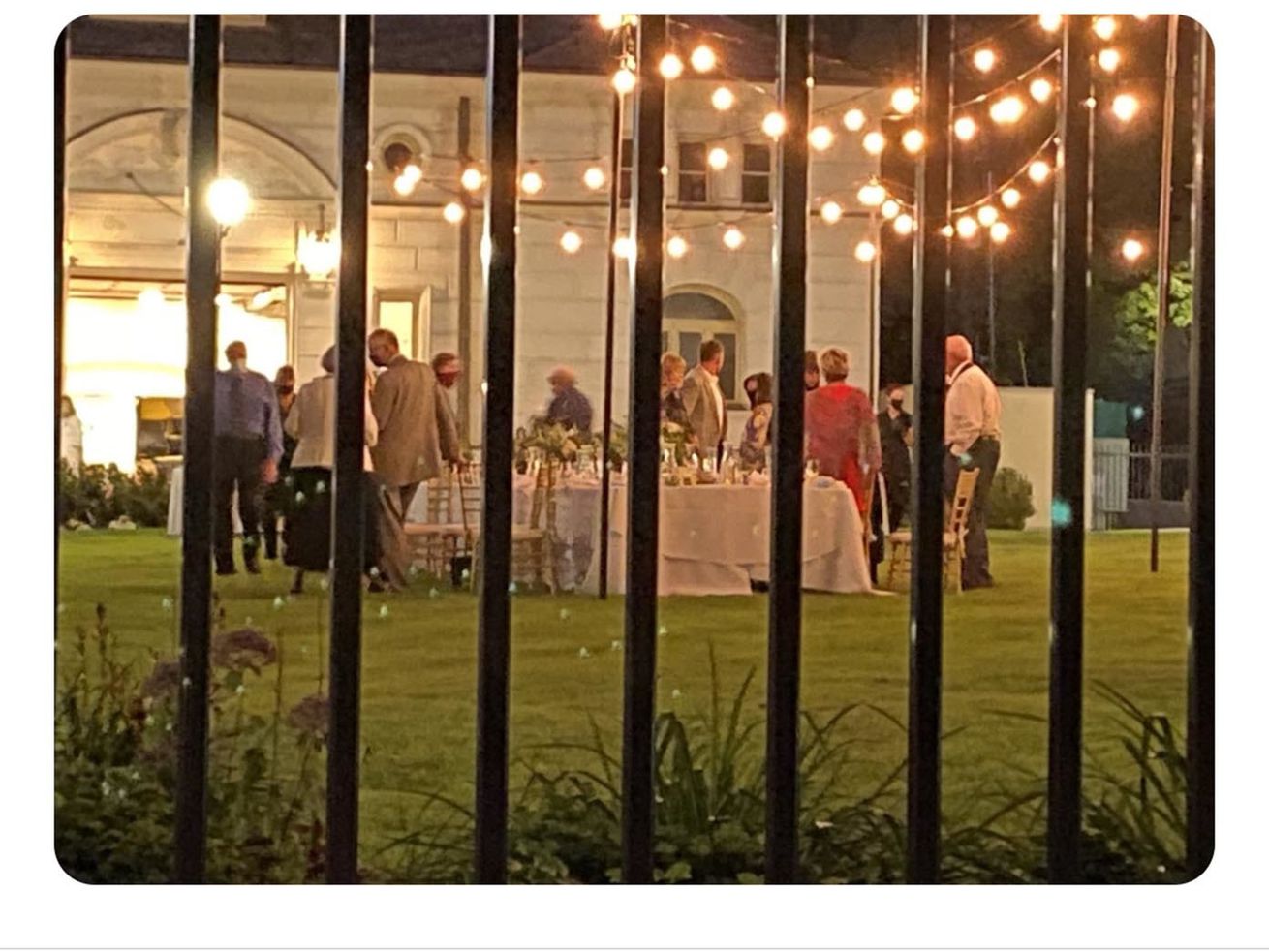 Nicholas Rupp’s Twitter page that showed a party on the lawn of the governor’s mansion Wednesday evening, July 22, 2020. | https://twitter.com/nickslc

SALT LAKE CITY — Nicholas Rupp and his husband saw something unusual Wednesday on their ritual evening walk: party lights and about 20 people in gowns and ties on the lawn of the Governor’s Mansion.

“I think it’s important for all our leaders at all levels of government to practice what they preach,” Rupp said, speaking on his own behalf and not that of the Salt Lake County Health Department where he is spokesman. He said the scene cast doubt on Herbert and other state leaders’ insistence that encouraging people to wear masks is sufficient.

Rupp’s criticism comes amid calls for a statewide mask mandate from Salt Lake County Mayor Jenny Wilson and others. The state Thursday reported another seven Utahns — all Salt Lake County residents — have died from the virus, while 521 more statewide tested positive for COVID-19. The virus has claimed 267 lives in Utah.

Nearly half of the state’s 36,099 confirmed cases of the novel coronavirus are in Salt Lake County, where Wilson on Wednesday released data indicating that a mask order has helped slow the spread of the virus. Herbert approved the county directive and a similar order for Summit County last month.

As of Thursday, the rolling seven-day average for new cases hovers at 598 per day, above Herbert’s Aug. 1 goal of less than 500. Herbert has said the state may impose further restrictions …read more