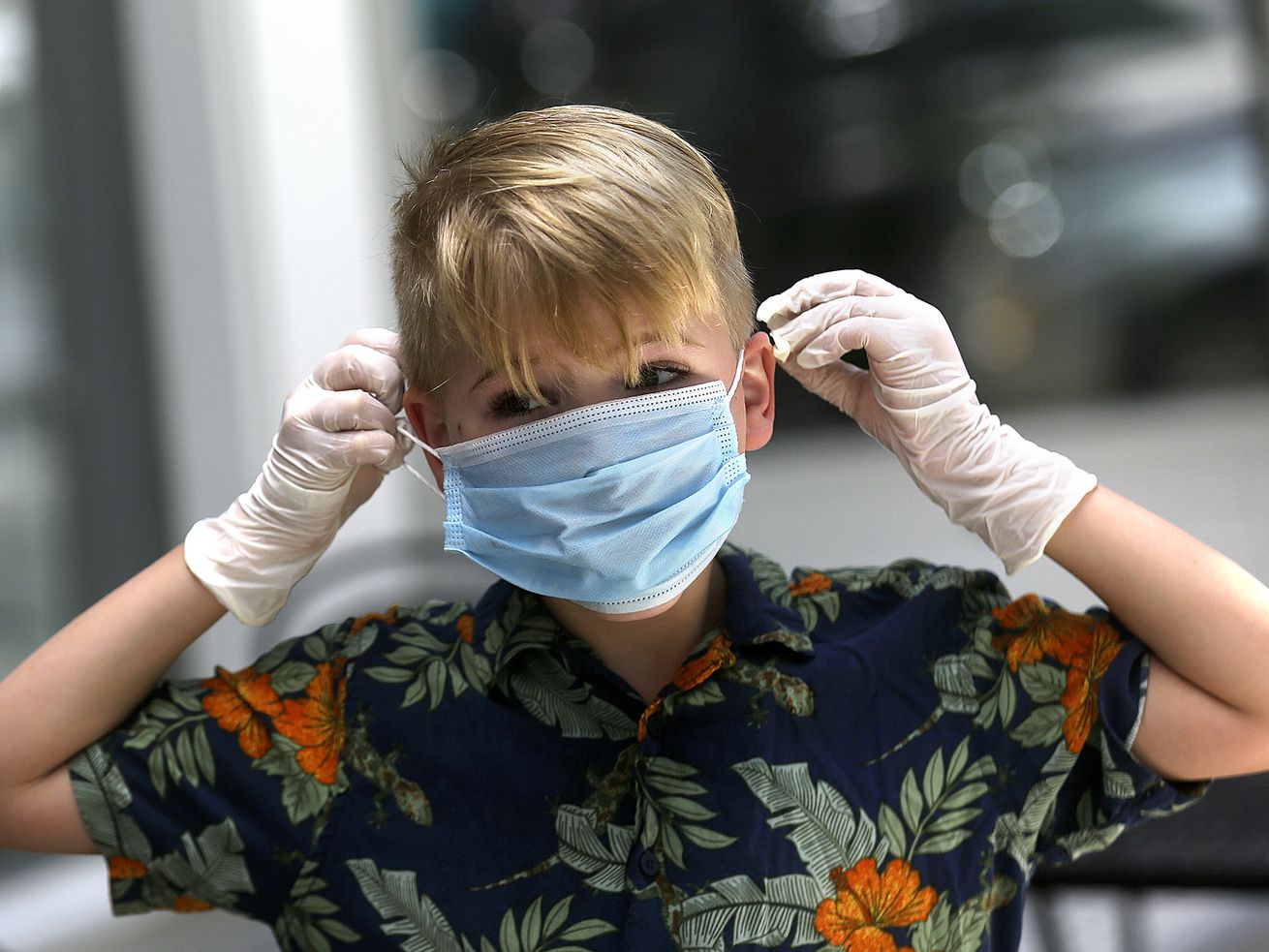 Barret Pritchard, 8, puts on a mask while working at a lemonade stand with his sister in Provo on July 14. | Kristin Murphy, Deseret News

SALT LAKE CITY — COVID-19 cases jumped up by 863 Friday, with six more deaths reported by the Utah Department of Health

The spike pushes the seven-day rolling average to 614 cases.

Five of the six reported fatalities were long-term care residents, two of whom were men between 65-84 and two women 65-84 and one woman who was older than 85. Another man, aged 45-64, died in Washington County. Three of the newly reported deaths were in Salt Lake County and two in Davis County.

Logan’s mayor is getting mixed reviews on her effort to get state officials to green light a citywide mask mandate as the state’s case count bumped up again, with the 863 new cases confirmed Thursday and 6 more deaths.

If approved the northern Utah city would join three counties and a town in southern Utah as the only areas in the state where residents are required to wear masks when unable to social distance while in public space.

”This is the critical period with students going back to school, and with university students coming back to town, you know, who are coming from out of state and other places,” Logan Mayor Holly Daines said Tuesday according to the Associated Press. “This is a way to help protect our community.”

Daines also stipulated that wearing a mask would not be required in every situation.

”If you are in a building, in your own personal workspace which allows you to social distance, you do not have to wear a mask,” …read more