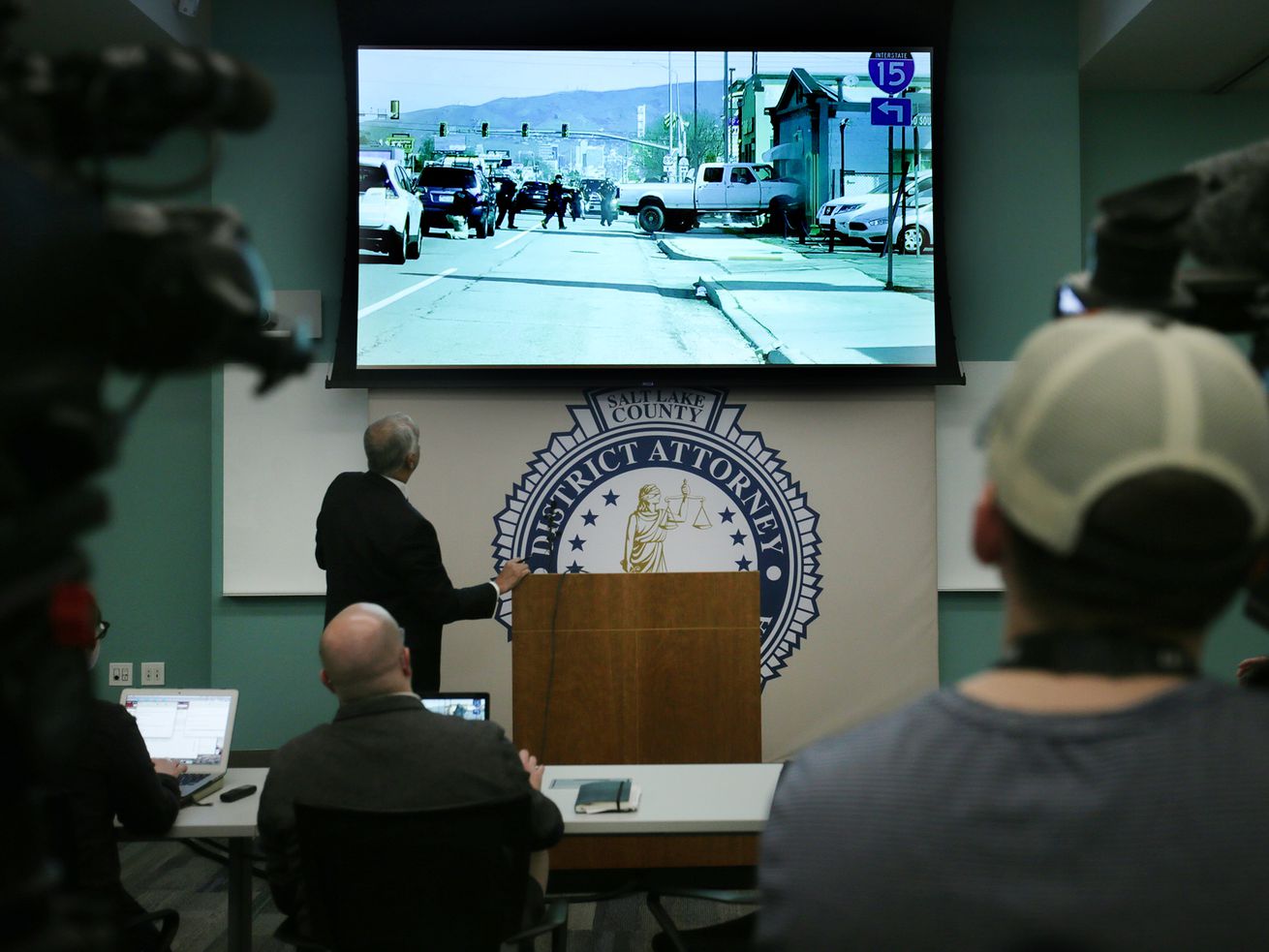 That’s how many shots 15 police officers fired at a West Valley man who had been indiscriminately shooting guns from his moving truck throughout the city last April.

The barrage of bullets left Harold Vincent Robinson, 37, dead following a dramatic chase involving several dozen police cars that ended on busy State Street after he crashed into the front of a store.

“We can talk about whether that’s too much or not. At this point they had a very viable, not a speculative, an actual viable threat that had already fired in our community. Their goal at that point was to stop that threat,” Salt Lake County District Attorney Sim Gill said Friday.

“It was a massive show of force,” he said. “But considering the complexity of the situation and the risk that was put to our community, I think those officers under those circumstances acted as professionally as they could.”

Though 196 shots might seem like a lot, it is consistent with the number of officers who fired their guns, Gill said.

The district attorney found that the 10 Salt Lake police officers, three Utah Highway Patrol troopers and two Unified police officers were all legally justified in the use of deadly force in a …read more

The Bachelor Spoilers: Here’s How Peter Responds to Madison’s No-Sex Ultimatum (And Who He Sends Home After Fantasy Suites)

Joe Giudice: I Knew My Marriage Was Over When Teresa Wouldn’t Bang Me