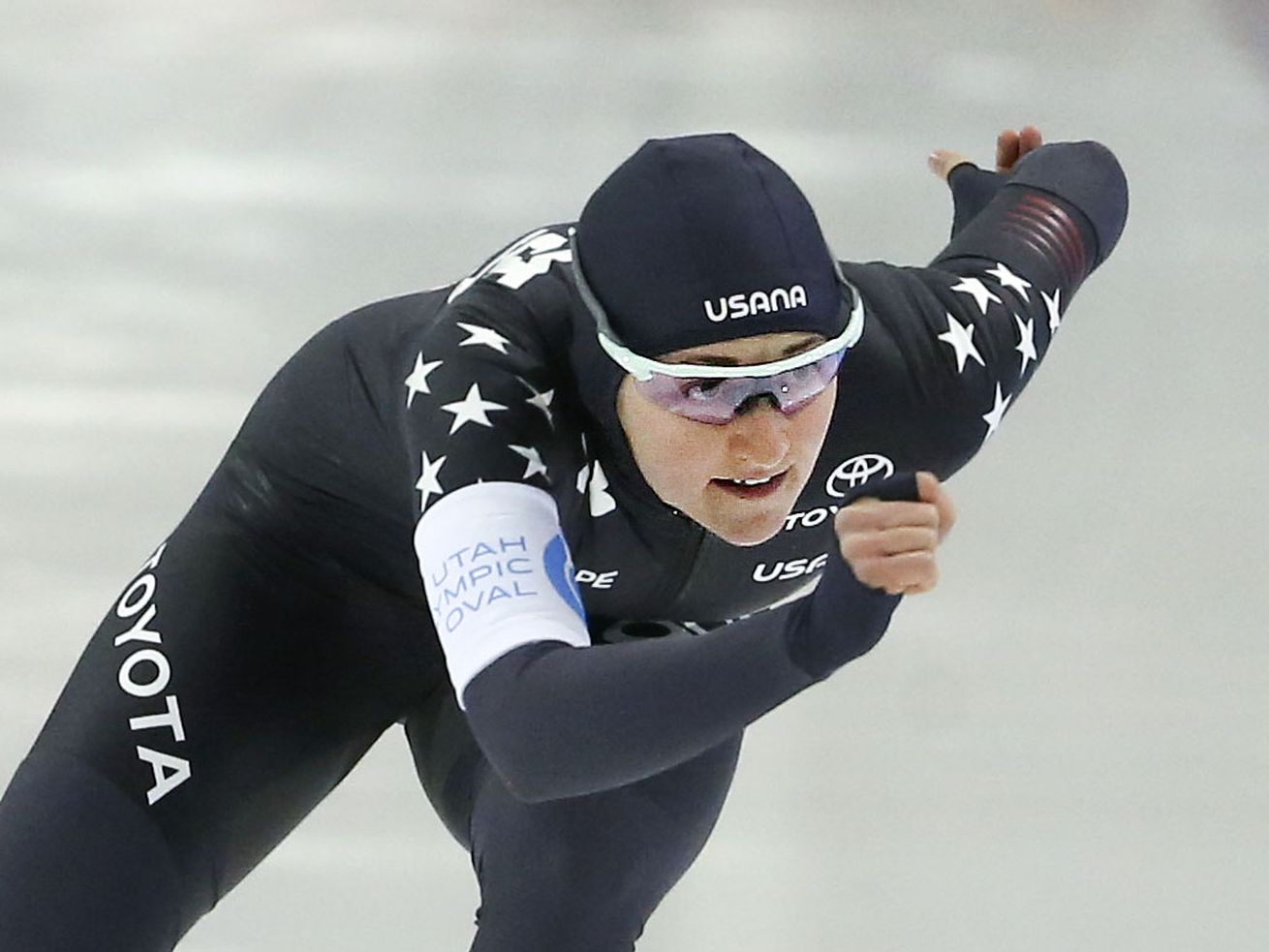 USA’s Kimi Goetz competes in the 500-meter at the ISU World Single Distances Speed Skating Championships at the Utah Olympic Oval in Kearns on Friday, Feb. 14, 2020. Goetz earned her best time, 37.183, and that was good enough to earn fifth place and make her the top American finisher. | Laura Seitz, Deseret News

KEARNS — Kimi Goetz couldn’t see what was keeping her from success in short track speed skating until she made the decision to quit.

“I had a back injury that just wasn’t getting better on short track,” said Goetz, who transitioned from short track to long track in August 2018. “I think the underlying main reason is that I’m not very good at racing. I’m not quite aggressive enough for the passing and bumping, and I maybe didn’t want to admit that at the time when I was skating short track. But looking back, I never would have gotten past a certain level because of my fear of that.”

Goetz had earned her best time in the 500-meter Friday night during the ISU World Single Distance Speed Skating Championships at the Olympic Oval with a 37.183. That was good enough to earn fifth place and make her the top American finisher. Former inline skater Erin Jackson earned her personal best with a time of 37.283, which earned her seventh place. Two-time Olympian Brittany Bowe finished 13th with a time of 37.654 seconds.

“I was really hoping to see a top 10,” said Goetz of her expectations coming into Friday’s races. “I’ve had two ninth place finishes at World Cups this year. I was looking to improve on that and my family’s here, it’s …read more

In battle to replace Nick Rimando, Zac MacMath has ‘the edge’ for Real Salt Lake ahead of season opener

In battle to replace Nick Rimando, Zac MacMath has ‘the edge’ for Real Salt Lake ahead of season opener