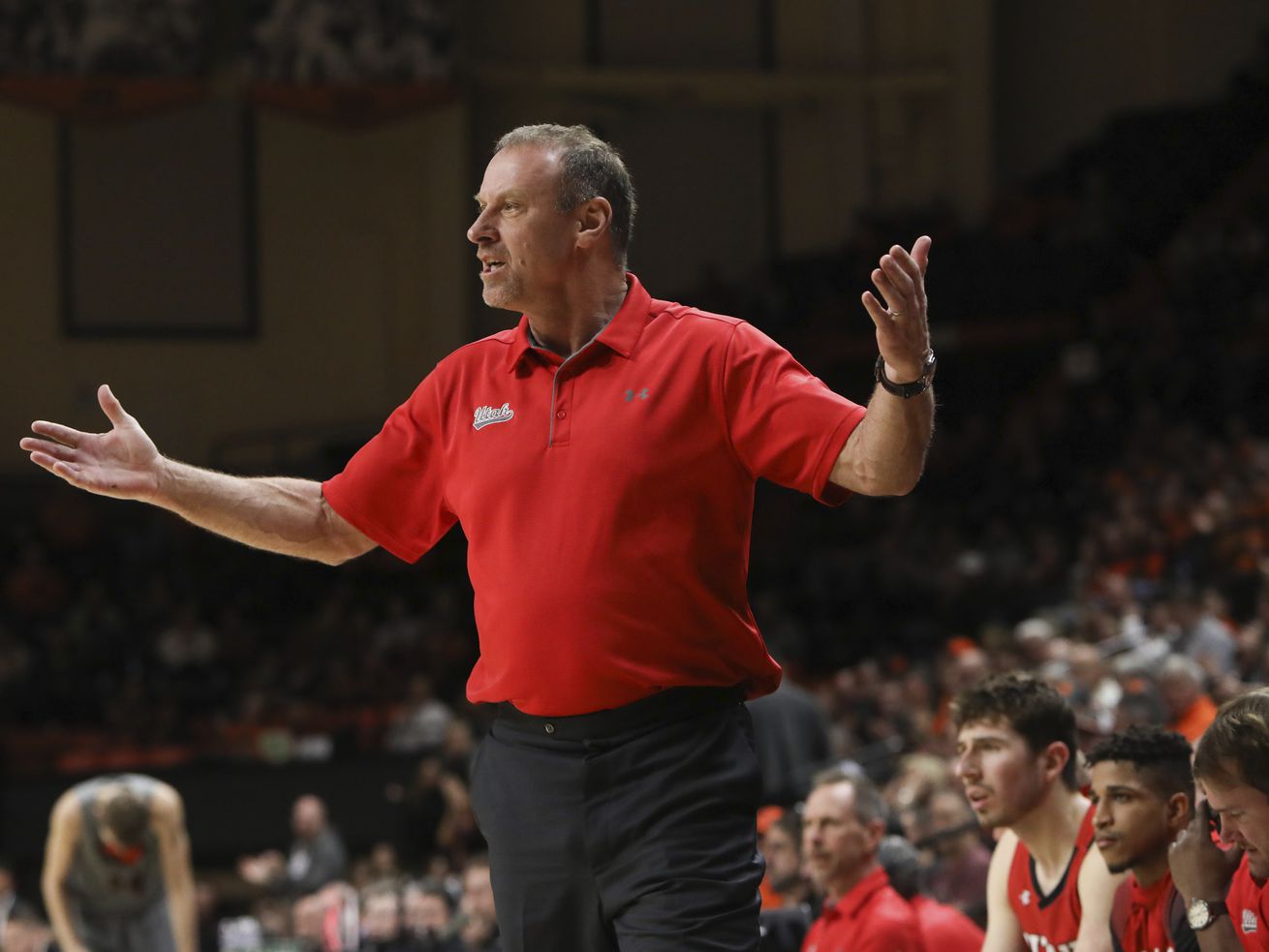 Larry Krystkowiak’s program has lost six straight road games in Pac-12 play, including Thursday night at Oregon State heading to the Utes’ Sunday matchup with No. 17 Oregon in Eugene.

Coach Larry Krystkowiak was happy with his team’s effort for the most part as well as its defense and rebounding. But the Utes had no chance for a victory when they were only able to make 37% of their field goal attempts, the eighth time in a dozen Pac-12 games the Utes have shot less than 40% from the field. They also made just 8 of 16 free throw attempts, despite coming into the game as one of the league’s best free throw shooting teams, which included five misses on the front ends of 1-and-1 attempts.

“I thought we played plenty hard on defense, but forgot to play with an edge on offense,” Krystkowiak said. “Defensively we were pretty solid, guarding and doing what we needed to do, but you can’t score 19 points in a half and we were in a little bit of a funk offensively.”

As for the free throw woes, Krystkowiak said, “We left a potential of about 13 or 14 points at the free throw line when you count the front end of 1-and-1s. I don’t know whether that’s mental toughness or mental discipline, but …read more

Joe Giudice: I Knew My Marriage Was Over When Teresa Wouldn’t Bang Me

Why society ignores the pain of motherhood