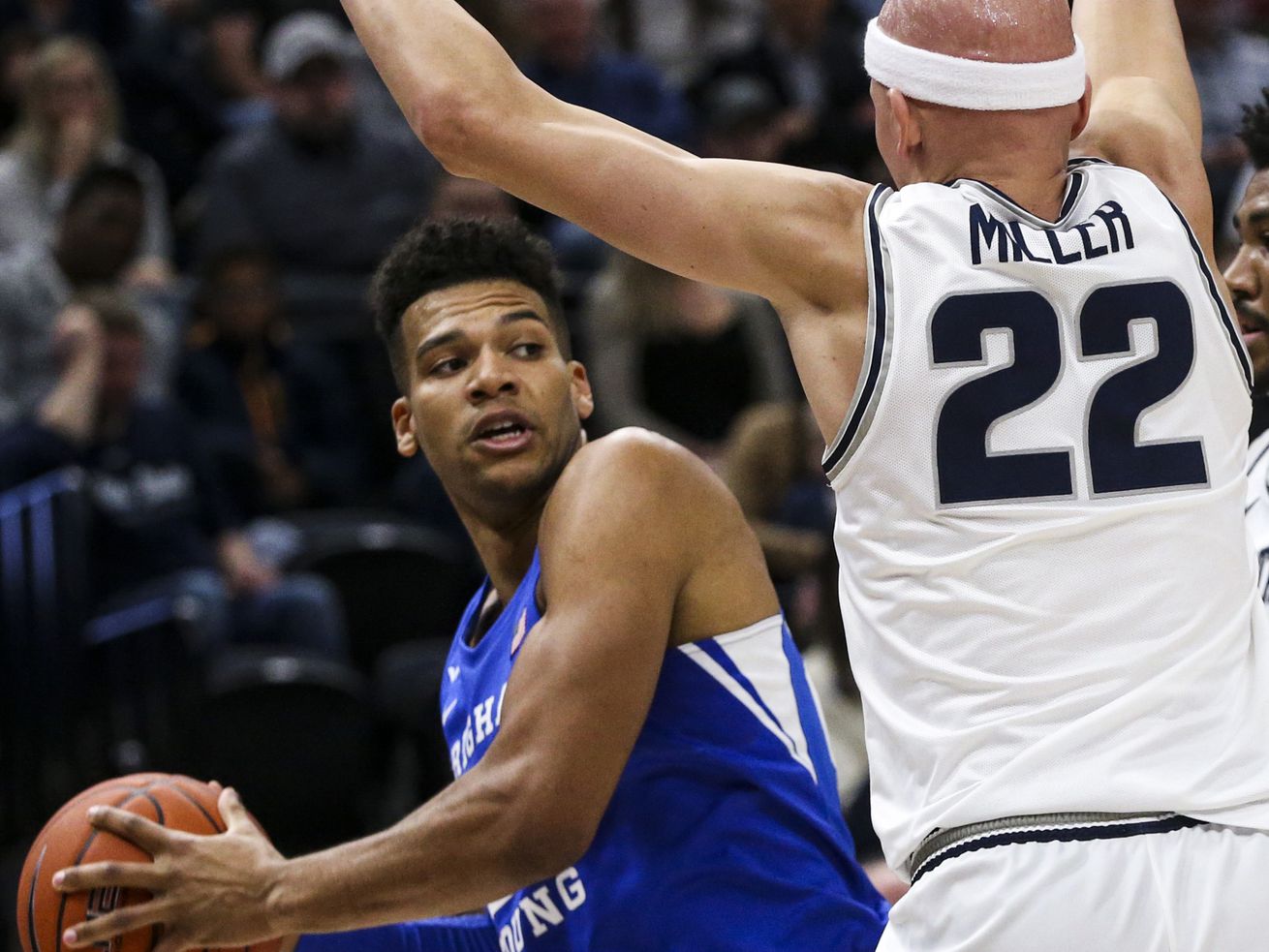 Brigham Young Cougars forward Yoeli Childs (23) looks to pass around a block by Utah State Aggies guard Brock Miller (22) during the first half of an NCAA basketball game in the Beehive Classic at Vivint Arena in Salt Lake City on Saturday, Dec. 14, 2019. | Colter Peterson, Deseret News

BYU star senior forward Yoeli Childs will be sidelined for Thursday night’s big West Coast Conference showdown at Saint Mary’s due to an open dislocation of his right index finger.

Childs suffered the injury to his shooting hand during practice Tuesday. He could be out for a week or longer, depending on how it heals, team spokesman Kyle Chilton said. Though he won’t be playing, Childs did make the trip to Moraga with his teammates.

After practice Tuesday, coach Mark Pope told reporters that Childs would be “fine,” but he wasn’t aware at the time of the seriousness of the injury, according to Chilton.

Childs missed the first nine games of the season due to an NCAA suspension. Since his return, he’s averaged 20.9 points and 10.1 rebounds and moved into the top 10 of all-time scoring leaders in school history.

In Childs’ first game back, at Utah, he scored 29 points and pulled down seven rebounds. However, he sustained leg cramps in the second half, forcing him to miss the final minutes of regulation and the overtime period in a 102-95 setback.

With Childs unavailable Thursday, forward Kolby Lee returned to the starting lineup. Pope elected to go with the same starting lineup the Cougars had for the first nine games without Childs.

‘I Dare You to Mock Me.’ Capt. ‘Sully’ Sullenberger Defends Joe Biden Against Attacks on His Speech in New York Times Op-Ed