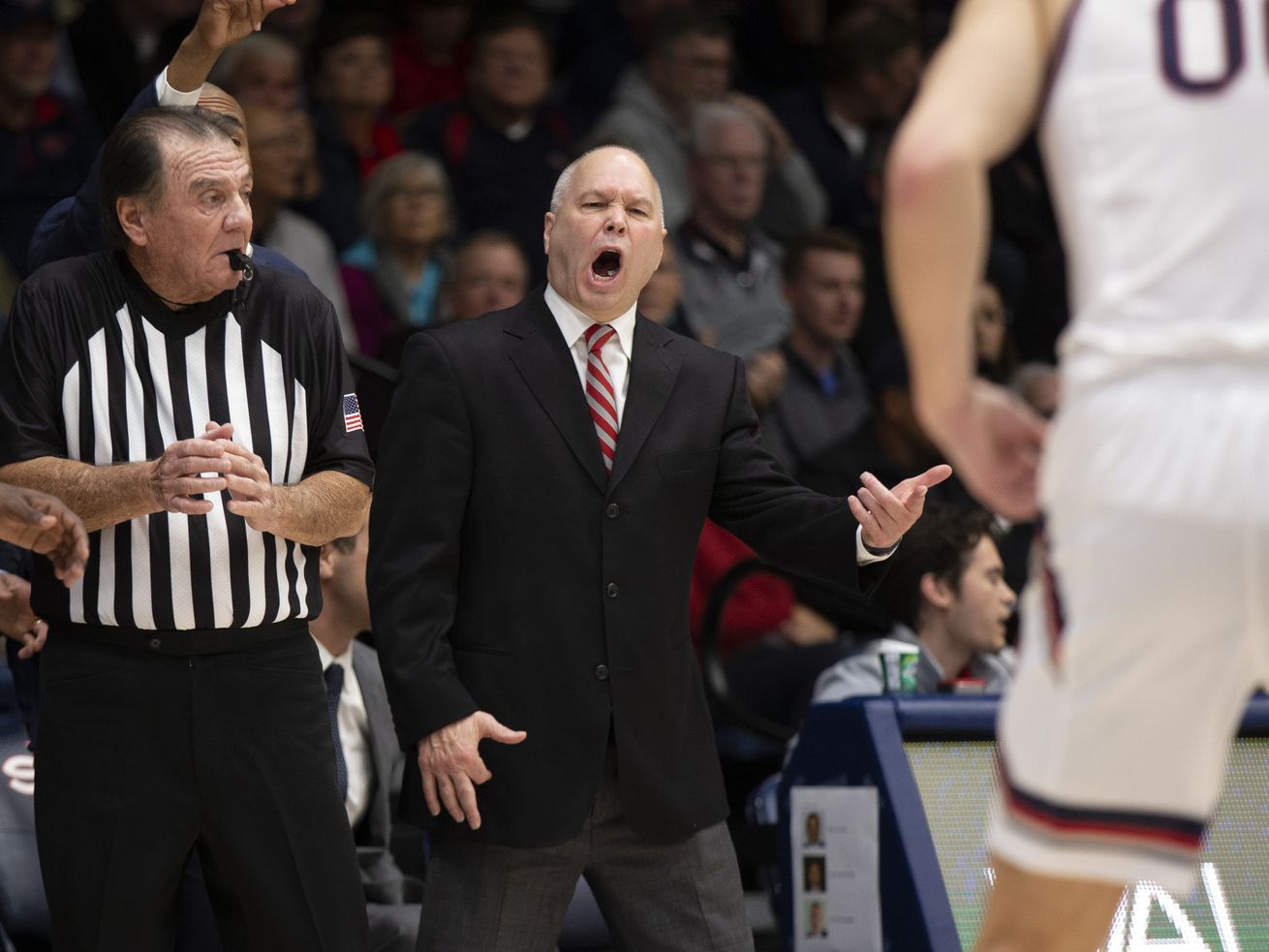 BYU will put its current six-game winning streak and its five-game losing streak at Saint Mary’s on the line Thursday when the two programs collide at University Credit Union Pavilion, formerly known as McKeon Pavilion.

MORAGA, Calif. — Since BYU joined the West Coast Conference in 2012, no road game in the league has been more difficult for the Cougars than Saint Mary’s.

BYU has enjoyed more success at national powerhouse Gonzaga (with a record of 3-5) than in Moraga (1-7).

No current member of the Cougars’ roster has won a game in Moraga.

“The first thing when you go into that gym, you have to be tough. Every single time I’ve had interaction with this Saint Mary’s program, they are so physical and so tough.” — BYU basketball Mark Pope

“We put it as a goal,” said senior Zac Seljaas. “We don’t want to keep that (losing streak) going. We want to go out there and end that streak and we want to be able to win at Saint Mary’s.”

While BYU is No. 31 in the NET rankings, Saint Mary’s checks in at No. 39, and both are being projected as NCAA Tournament teams. No doubt, this is a big WCC showdown.

‘I Dare You to Mock Me.’ Capt. ‘Sully’ Sullenberger Defends Joe Biden Against Attacks on His Speech in New York Times Op-Ed