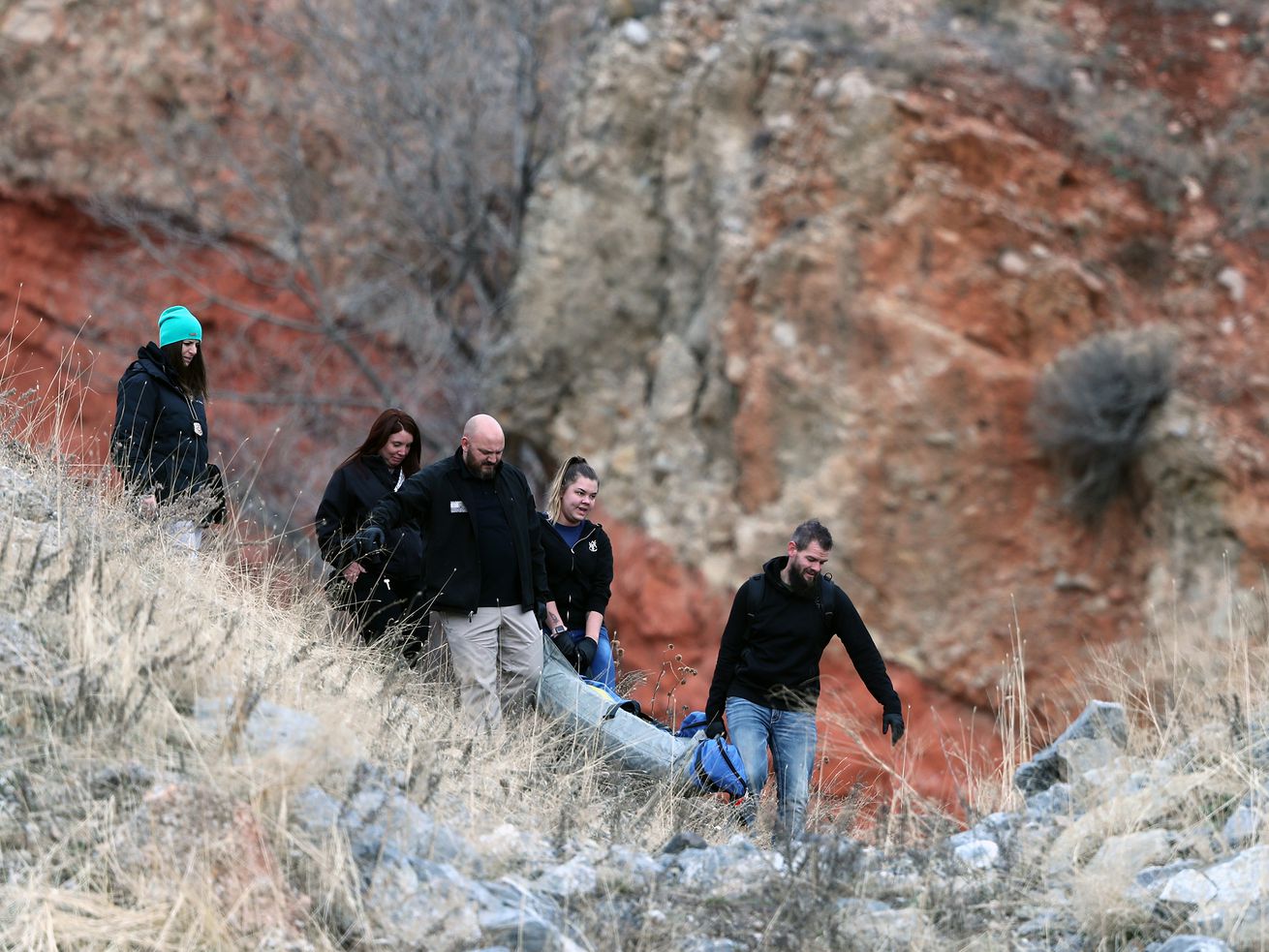 Officers bring the body of a person that was found by a hiker off the mountain near Hell Canyon in Salt Lake City on Sunday, Jan. 5, 2020. | Scott G Winterton, Deseret News

SALT LAKE CITY — A hiker found a human body in an advanced stage of decomposition in Hell Canyon on Sunday, police said.

Police were called to the canyon trailhead, 675 N. Victory Road, about 10 a.m. after the body was found. Initially, officers did now know whether the body belonged to a man or a woman, said Salt Lake police detective Greg Wilking.

The medical examiner later Sunday was able to identify the remains as a man in his 50s, Wilking said. Notifications were being made to the man’s relatives.

Wilking said there were no signs of trauma or clues to the cause of death.

“From initial information that I’ve been given, that is a person that we’ve had dealings with, to some extent, we have some history. How long we’ve known them or what kind of dealings with them, I don’t know,” Wilking said.